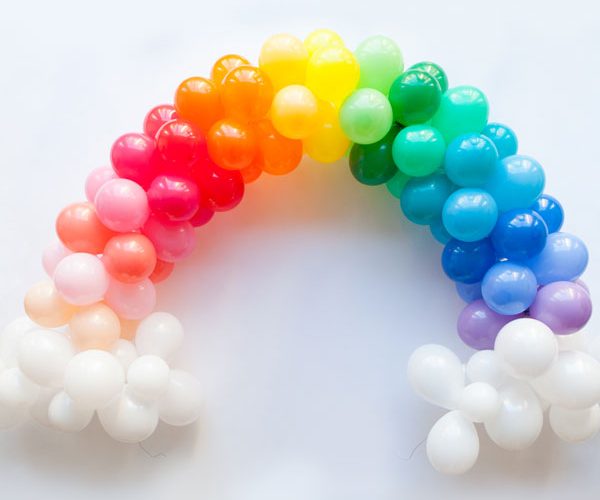 DIY How to make a balloon arch

When it comes to parties, you’re in the right place… I really liked the proposal of Oh happy day! to solve the decoration of a photo background or for a sweet table. This is a balloon arch with the colors of the rainbow. It seems like a difficult task, but it’s not. You’re going to see the step by step and you’re going to agree with me.

To start doing this balloon arch you need globes of the colors of the rainbow and some intermediate tones to make it more beautiful. There are four balloons of each color, in total 18 colors + 20 white balloons.

You also need wire to form the arch (you can replace the wire with tanza), a clip to cut the wire and an inflator, if you don’t have that, a pair of very strong lungs and some extra help will come in handy.

If you like the rainbow theme to set a party, I suggest you visit my online shop to see these beautiful Rainbow designs. There are two versions for you to choose from.