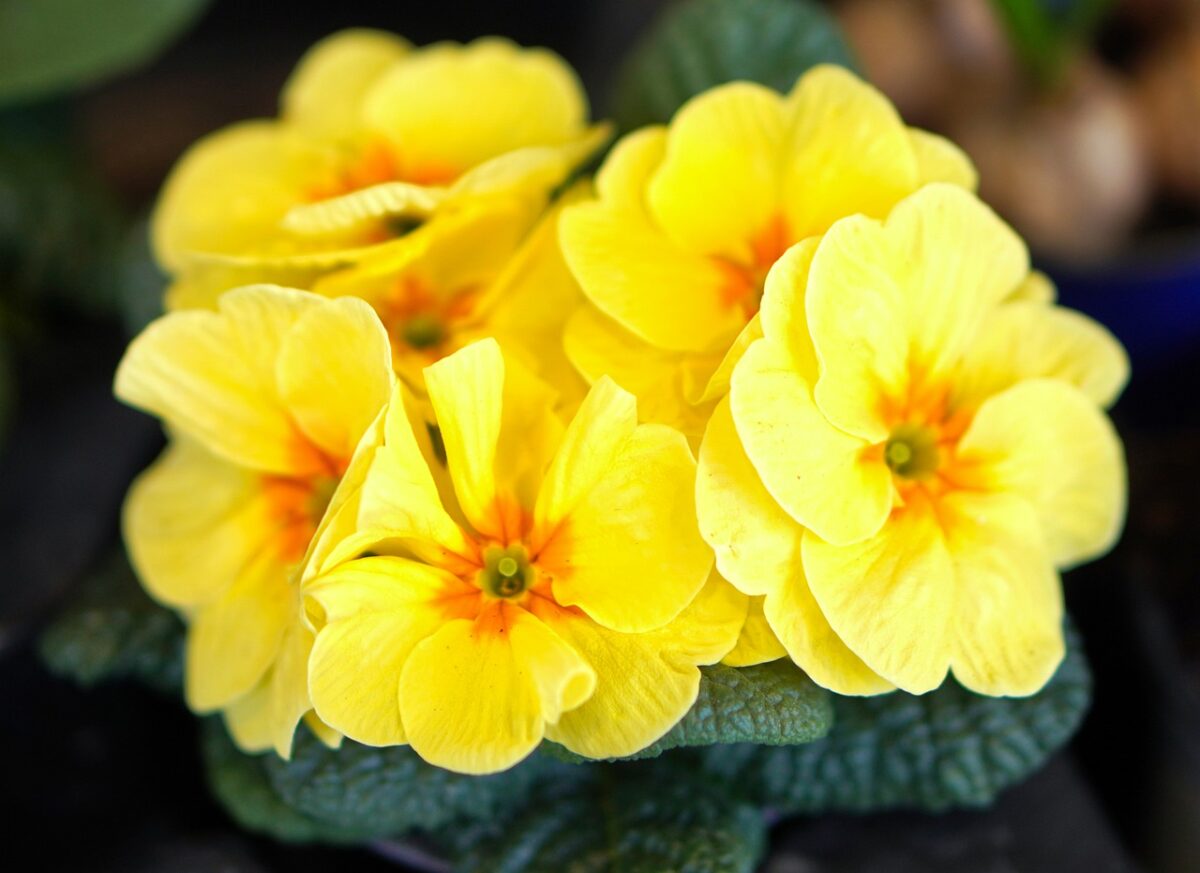 There primrose with the liveliness of its colors it is one ornamental plant which gives splendid spots of color even in winter and, as its name which derives from the Latin primus indicates, is the plant that heralds the arrival of spring. 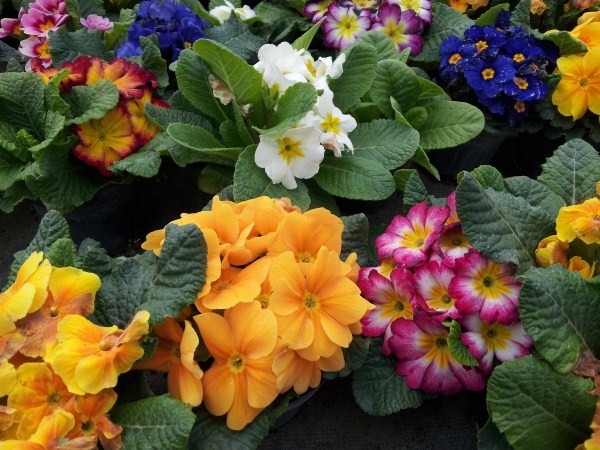 Characteristics of the primrose

There primrose is an ornamental herbaceous plant of the Primulaceae family coming from the temperate zones of Europe, Asia and America.

It’s about a perennial plant with fasciculate root system composed of numerous but thin whitish roots. 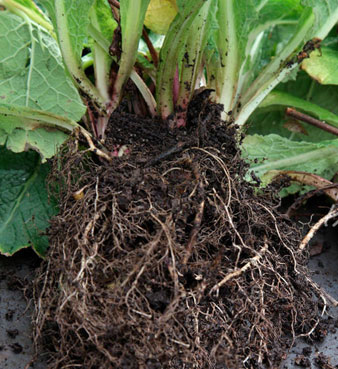 The aerial part of the primrose is formed by a rosette of ovate-lanceolate bright green leaves covered with a light and thin whitish down and various well evident veins.

In summer the leaves they dry up and then reappear in the following spring. 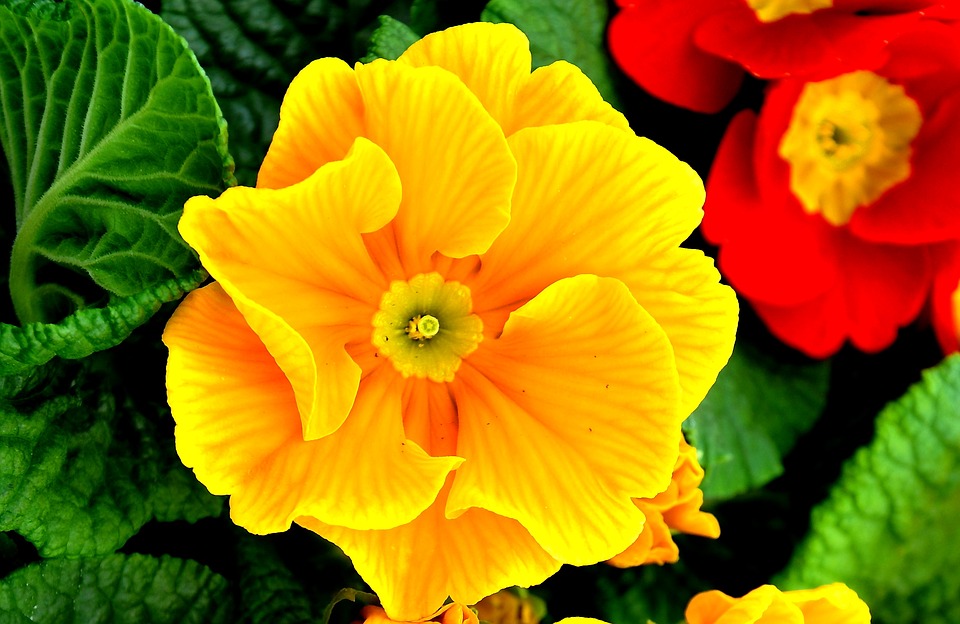 THE flowers which appear rhinitis in bunches in the center of the rosette of leaves have the corolla composed of leathery yellow, blue, red and violet petals. In some hybrid varieties the petals appear with double colors. 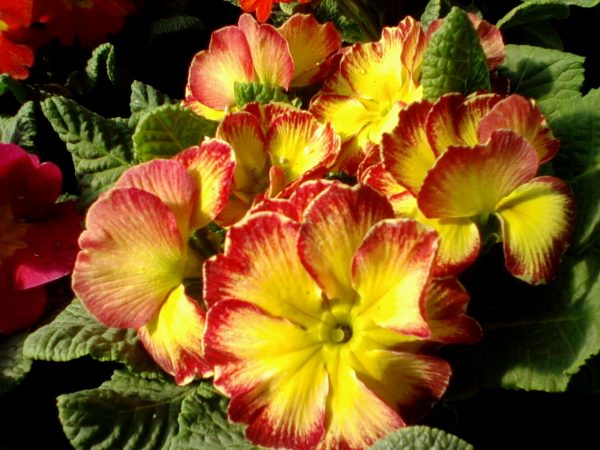 The primrose blooms in the winter – spring period but can also bloom in different periods depending on the species. The flowering of some varieties of primroses is influenced by the amount of light they receive and above all by the temperature. Some species, if grown in too shady places, produce only leaves. 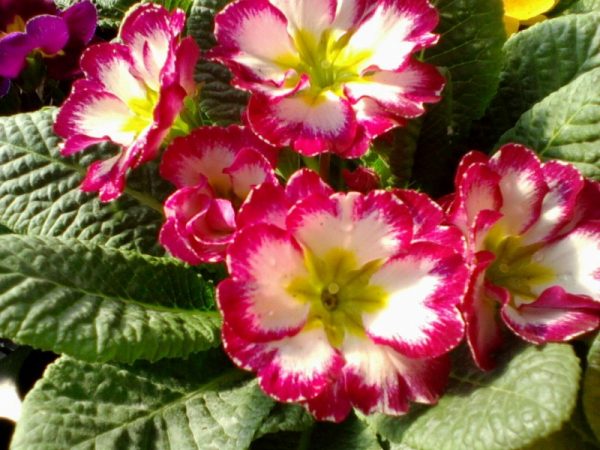 In its spontaneous state it grows strong and luxuriant even along roadsides and in the mountains, producing flowers of a beautiful shade of yellow or electric blue. 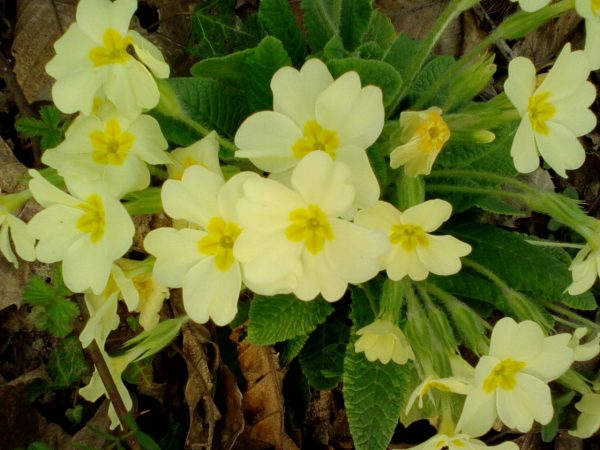 Primrose prefers semi-shaded places. To make them last from one year to the next, it is better to protect them from direct sunlight, especially in summer.

It prefers well-drained, soft and peaty acid soil. The most suitable cultivation substrate is composed of a humid one, rich in decomposed organic matter and, like all acidophilic plants, it prefers an acid pH with values ​​between 5.5 – 6.

Regular and constant to keep the soil moist. The waterings are to be practiced also in relation to the degree of humidity of the environment and to the drying time of the growing medium. Primroses grown in pots require a greater water supply but without stagnation in the saucer.

To favor spring flowering, fertilize at the end of winter with nitrogen fertilizer and then with fertilizer for flowering plants, to be administered on average every 10-15 days.

Primroses are the first plants that embellish our balconies or terraces with their bright colors. Growing them in pots is very simple. Here’s how to do it.

You choose a pot of adequate size for the number of plants you want to plant and after having stratified the drainage material on the bottom, add universal soil or soil rich in nutrients, fresh and well drained. The primroses are planted in holes slightly larger than the earthen bread and after having compacted the soil well they are watered. The pots are placed in a semi-shaded area and then fertilized, every 20 days, with a fertilizer balanced in nitrogen (N), phosphorus (P), potassium (K) with the addition of microelements useful for growth and flowering. 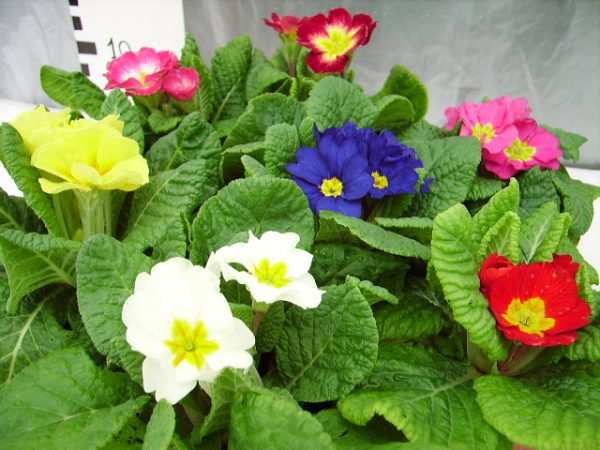 The primroses grown in pots they must be repotted every 2 years, in larger containers, up to a maximum and definitive diameter of 15 cm. The soil must be completely renewed and must be soft, peaty and well drained. 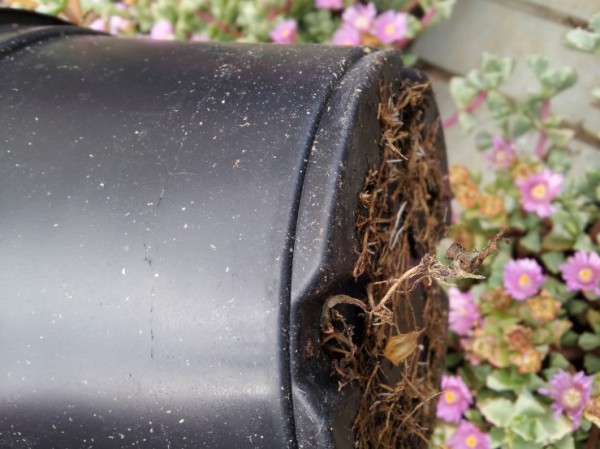 Multiplication occurs by sowing in seedbed or by division of the tufts.

Sowing is almost always carried out by broadcasting. The seeds are stratified superficially on a soft and peaty soil and then covered with a thin layer of soil mixed with a little fine sand.

The seeds can also be placed in small surface holes about 10 cm apart.

With this method of agamic propagation, plants with the same genetic characteristics of the mother plant are obtained.

In spring or autumn, the most vigorous tufts are divided and buried at the same time in specific soil and then treated like adult plants.

The primroses already grown and developed should be planted in holes 10-15 cm apart to ensure sufficient space for the further development of the aerial part and the roots. for every square meter you need at least 12 seedlings. 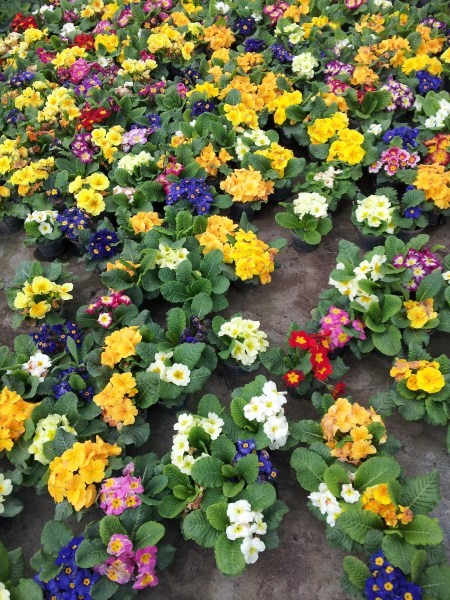 Primroses can also be planted together with other plants with the same cultural needs such as: Anemone, Ferns, Hosta, Pulmonaria, Viola. It is perfect for rock gardens and for embellishing urban gardens.

To ensure long-lasting and continuous flowering, yellowed or dried leaves and flowers must be eliminated. The dry leaves must also be eliminated to prevent them from being a vehicle for fungal diseases. 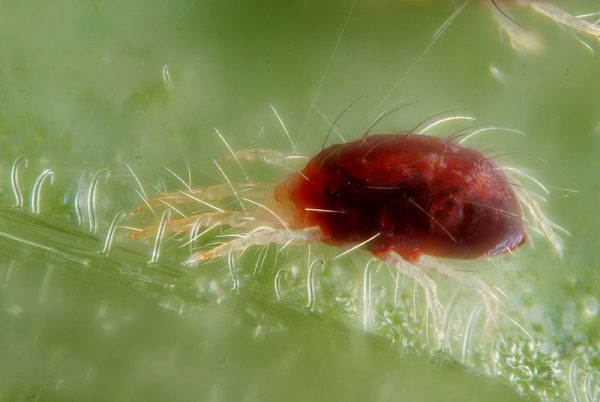 Diseases and pests of the primrose

The softer leaves fear aphids, spider mites and gray mold. Roots fear root rot caused by water stress. The leaves of the primrose are seriously damaged and sometimes with serious consequences from slugs and snails. For the fight there are: traps, natural parasitoids and chemical remedies. 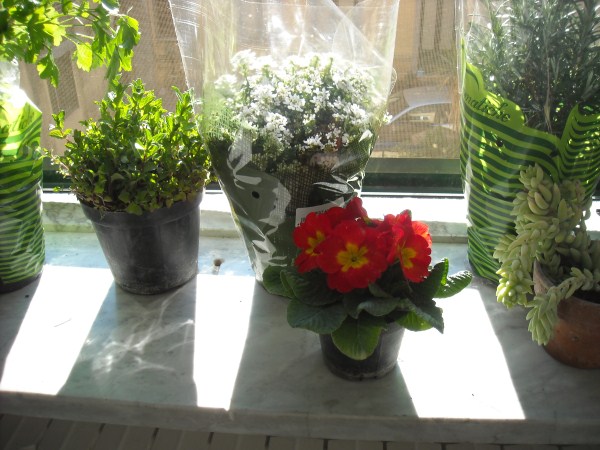 Several belong to the genus species and among the many we mention the best known ones.

The common primrose, a spontaneous perennial species that forms bushes composed of a rosette of wrinkled or smooth ovate leaves, with toothed margins. From February to April it produces bunches of flowers of various colors, which dominate the leaves. It loves the direct sun only in the winter period; it prefers a rich and peaty soil. 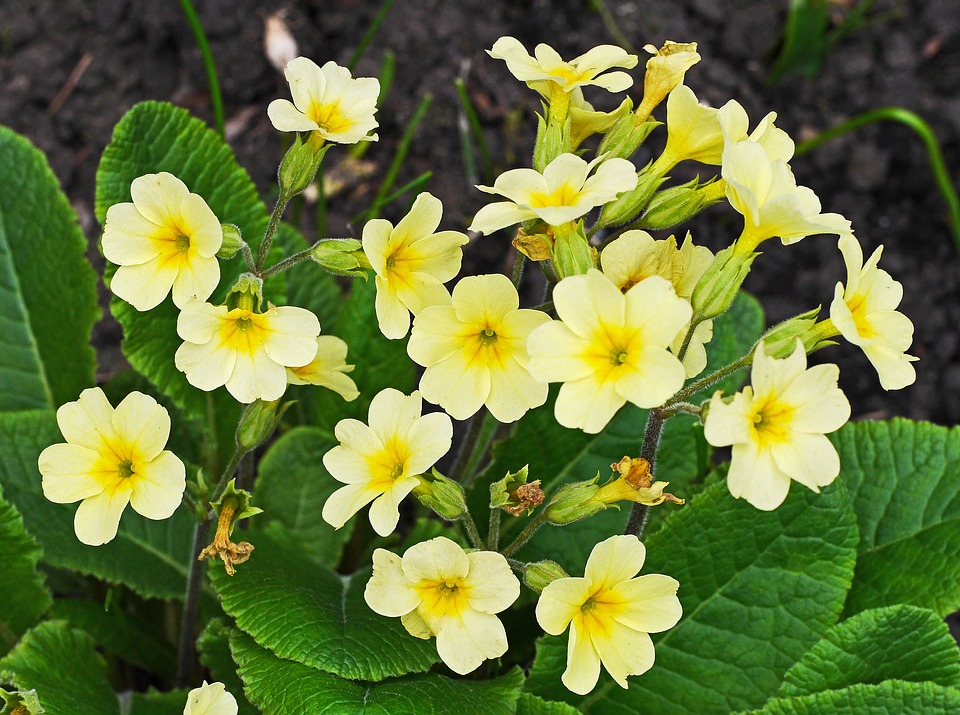 A perennial species 30-45 cm tall, grown as an annual. It has tomentose leaves of light green color, with an ovate shape, toothed-rounded margins. From the end of December to April it produces starry flowers with bilobed petals of white, lilac, light purple or bright red color, which bloom together in umbels carried by thin erect stems. It prefers a mixture based on garden soil, loam, peat and sand as a growing medium. Likes bright exposure but not direct sun. 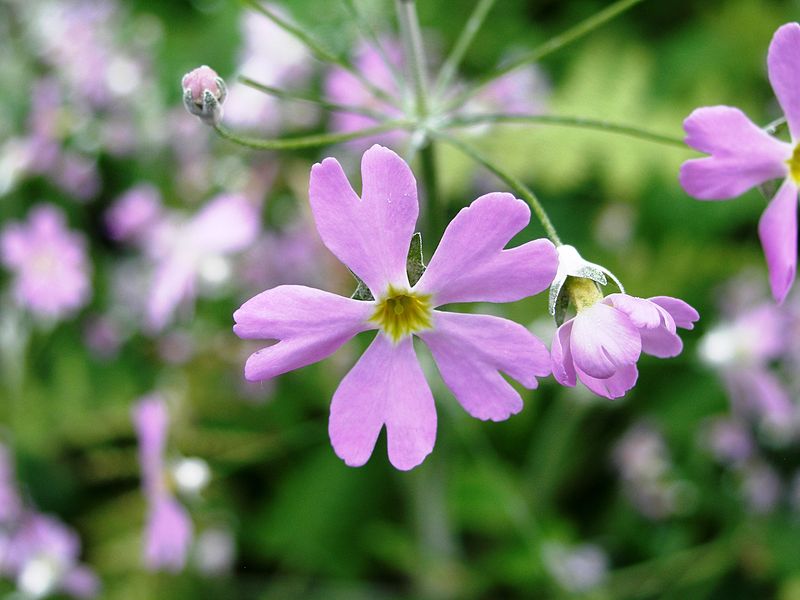 The primula obconica, suitable for growing in pots and outdoors. 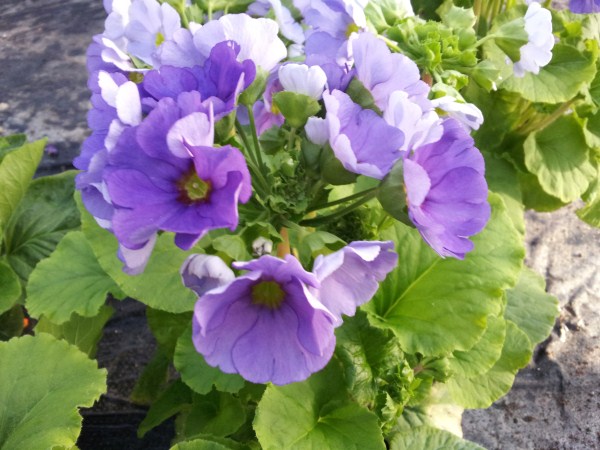 A spontaneous species native to the Alps widespread in the meadows, along the mountain paths and in the woods. It forms bushes of ovate-lanceolate leaves that are smooth on the underside and floury on the underside due to the presence of very small white hairs. From April to August it produces globose inflorescences formed by small flowers with petals of a beautiful rosy purplish color at the ends and a paler throat, which ranges from yellow to white. 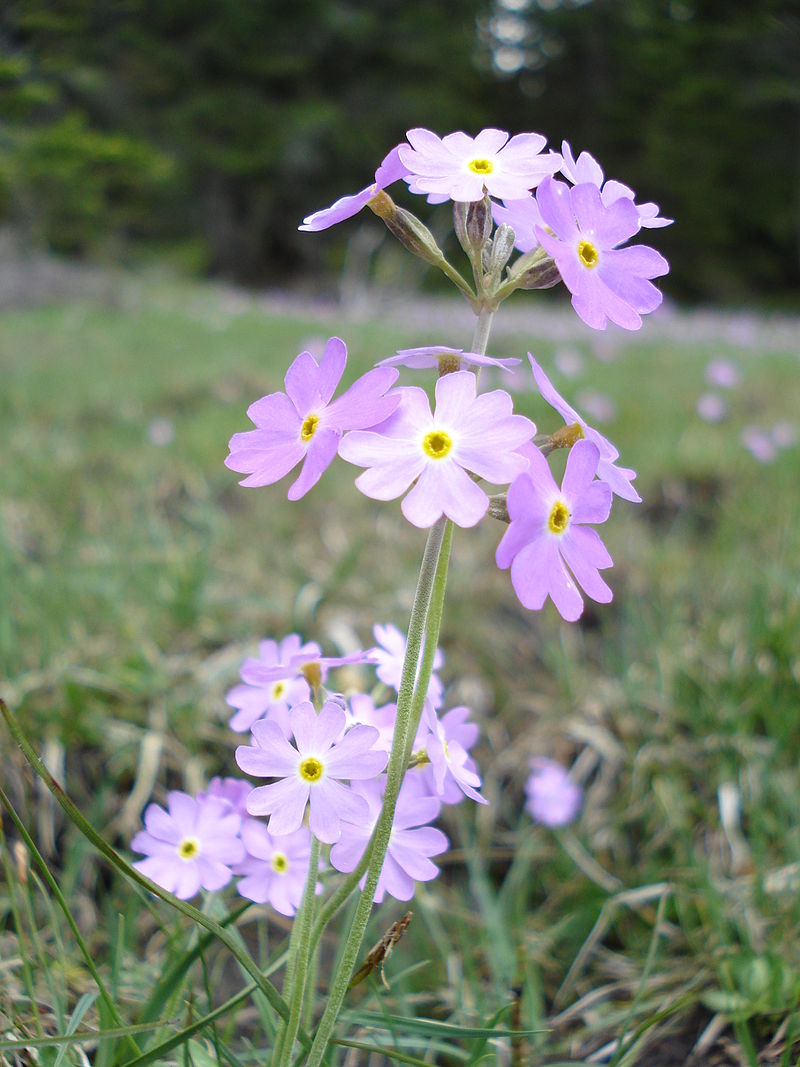 Known as primula officinale, it is a rhizomatous and evergreen herbaceous species spread spontaneously throughout the north and central north of Italy. It has slightly toothed basal leaves covered with a dense soft fluff of a green color. At the end of winter it produces flower heads composed of bell-shaped and fragrant flowers with petals of a beautiful golden yellow hue that stand out among the grass. It is one of the protected floral species. 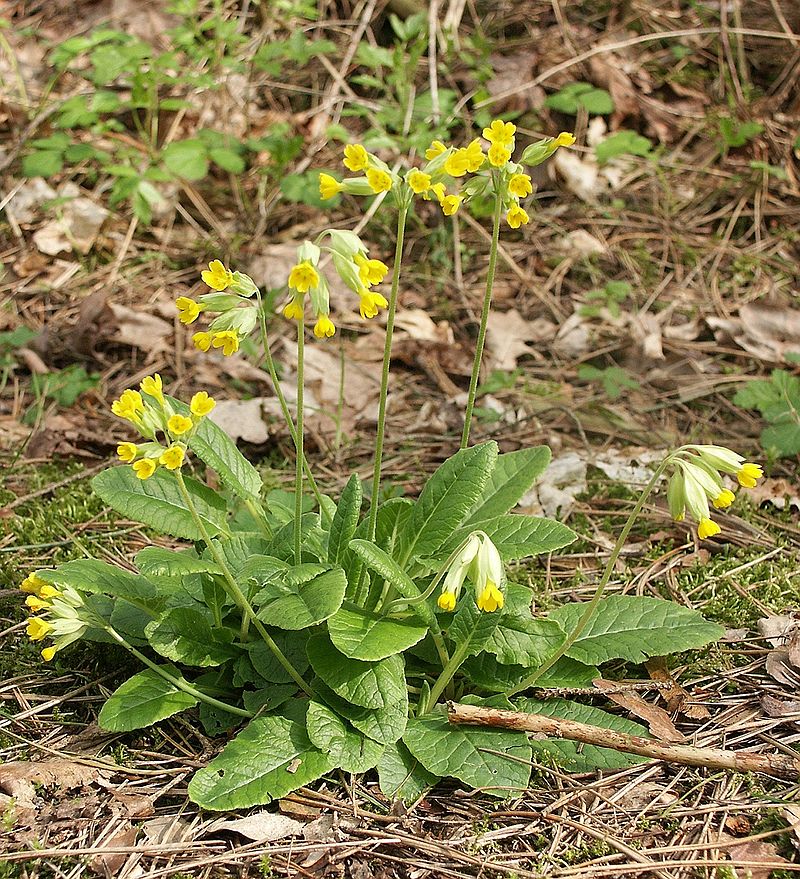 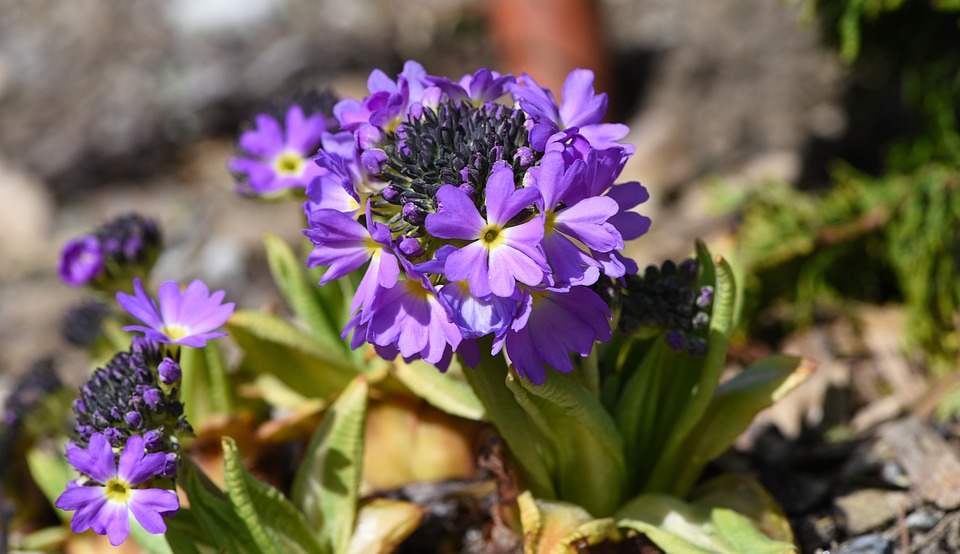 A herbaceous plant about 70 cm high that can also be grown in semi-shaded areas, suitable for the borders of flower beds. It produces purple-red flowers that can also be used as cut flowers. 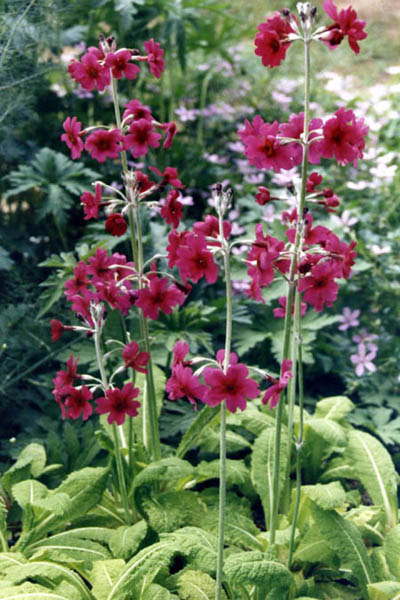 A species that produces large light green leaves and flowers with serrated petals similar to those of the carnation of poets. 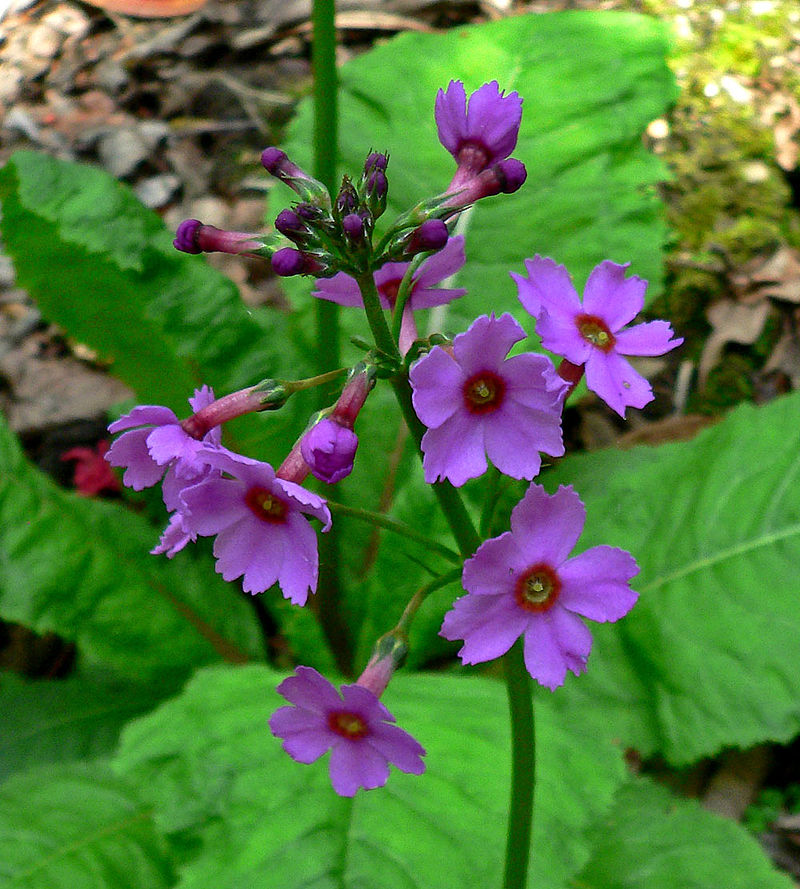 The primrose in the language of flowers and plants is the symbol of rebirth, hope and friendship. 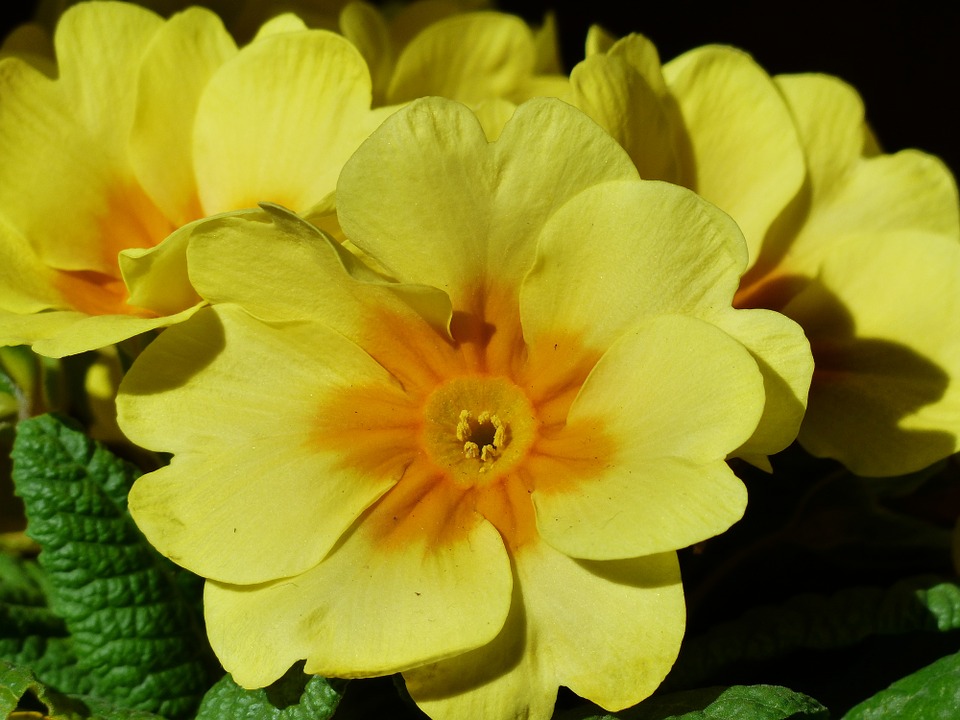 There primrose it is used in gardening to create borders and flower beds. 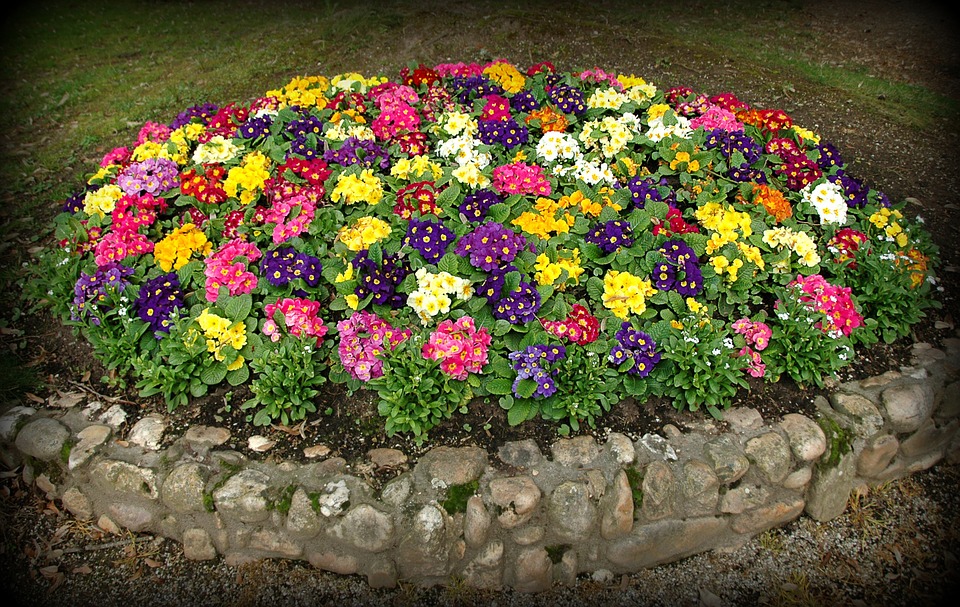 In pot it is grown on window sills and balconies along with the most common aromatic herbs such as rosemary, mint, thyme and basil. 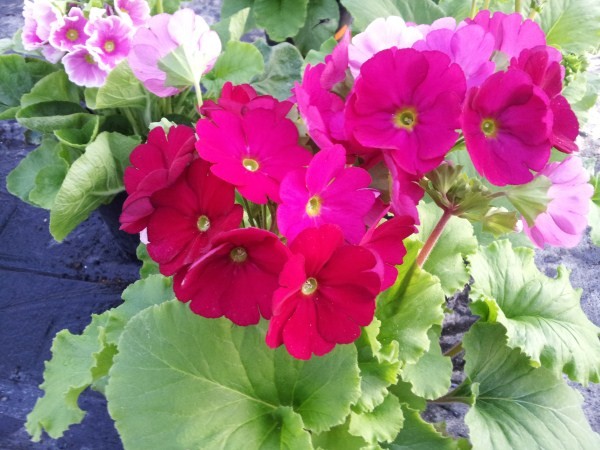 Properties of the primrose

In medicine and phytotherapy the primrose is used in the treatment of numerous ailments of the body.

THE primrose flowers they are edible like those of begonia, viola, borage and therefore fall into the category of edible flowers and can be used in spring salads, to decorate cakes and to prepare thirst-quenching or diuretic drinks.

Parts poisonous of the primrose are instead the leaves and of stems. Ingestion also by pets such as dogs and cats can cause contact dermatitis, vomiting, diarrhea,. 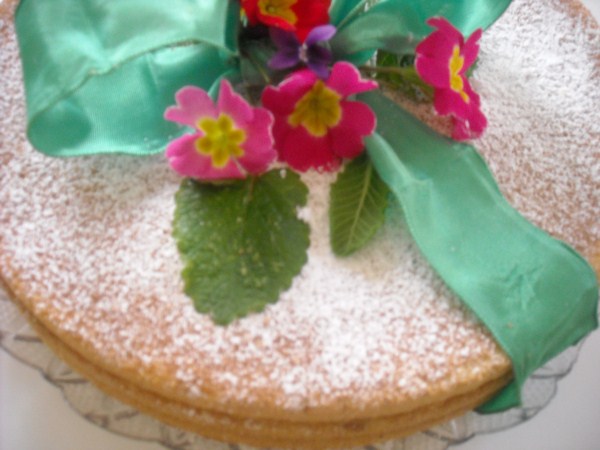 The name of the genus Primula derives from the Latin primus and from an ancient Italian phrase which means spring flower and, with this term in ancient times they indicated all the flowers that announced spring as the daisy or bellis perennis a small daisy that already from the month …