a kitchen that opens onto the living room 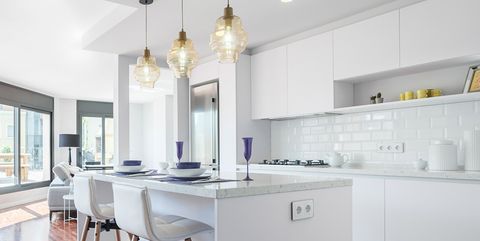 On Rambla de Catalunya, one of the main arteries of Barcelona’s Eixample, an American couple fell in love with a flat. Theirs was not a love at first sight. Although the flat was perfectly located and more than adequate in size for them, the finishes and distribution did not drive them crazy. But this changed radically after passing through the hands of the interior design studio Arquium, which worked the miracle and got the couple to declare their eternal love for their home.

As Maribel Fernández, the interior designer of Arquium, explains, the couple wanted to have an open kitchen, “since they like to invite friends and family and want to be able to interact while they are cooking”. Said and done. After knocking down a partition, the kitchen opened to the living-dining room, visually delimited by a hydraulically inspired tile floor and a white marble island with a bar for informal meals. The white and simple line cabinets go unnoticed and we almost forget that we are in a kitchen, perfectly integrating the space with the rest of the house. Maribel confesses that, although the concept of an open kitchen is very typical of the United States, the finishes manage to make it more European. The New and the Old World reconciled between these kitchens.

This kitchen was completely changed by a reform of the Arquium studio that opened its interior to the rest of the house.

The owners are from the United States and wanted an open kitchen so they could talk to their guests while they cook and everyone could participate in the process.

The parquet floor of the house was maintained, restoring the parts that were in bad condition.

The kitchen is now delimited by the island.

Although the concept of the open kitchen is very American, the interior designer used elements such as hydraulic tile to Europeanise it.

The white, straight-lined cabinets integrate perfectly into the living room.

The island has been used to create a bar for informal meals.

The kitchen window serves to illuminate the work area and provides extra ventilation.

The appliances have been panelled to integrate them perfectly.

The renovation integrated the corridor into the kitchen.

An arch was kept standing to serve as access to the open kitchen.

By opening the kitchen and the corridor these spaces have been filled with natural light.

From the kitchen to the table

The open kitchen to the dining room makes everything more accessible.

View of the kitchen from the living-dining room

The kitchen door before

Another angle from the previous kitchen

The entrance to the hall before

View of the kitchen during the renovation.

This content is created and maintained by a third party, and imported onto this page to help users provide their email addresses. You may be able to find more information about this and similar content at piano.io 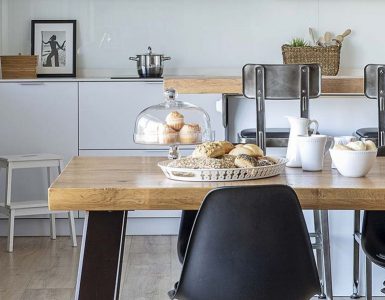 01/04/2021 15 kitchens with integrated dining room They are the most of the best, open or integrated kitchens colonize contemporary homes. They have become the true heart… By Miriam Alcaire

01/04/2021 15 kitchens with integrated dining room They are the most of the best, open or integrated kitchens colonize contemporary homes. They have become the true heart… By Miriam Alcaire 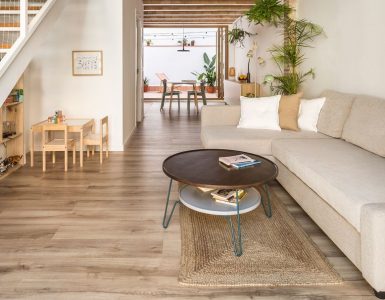 A this renovated house in El Cabanyal

This house between party walls It is located in one of the neighborhoods with the most personality in Valencia, El Cabanyal. Although formerly it did not have a very good reputation, in recent years it has become one of... 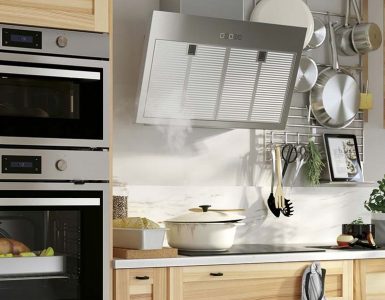 How to choose the cooker hood

The extractor hood is a basic element in our kitchens as it guaranteesproper ventilation and avoids bad odors. Tips to get your choice right. This content is imported from {embed-name}. You may be able to find the same...