Opinion about Dormidán, a good mattress at a very good price

Speaking with colleagues, one day the issue arose about whether we slept well or badly, how many hours and since when did we have the same mattress. The truth is, the mattress thing was something that I had never stopped to think about, I used it to sleep, period, I had not assessed whether it was affecting the quality of my sleep or not.

It quickly became clear that we were all using the same mattress from the day we moved into our homes, except for a colleague, who had recently changed rooms and beds, for a bigger one and took the opportunity to change mattresses. He told us that the mattresses were no longer the same in terms of prices or materials and that in his opinion it was worth buying a somewhat cheaper mattress and changing it more frequently. He dared to buy it online without having tried it before, based on his tastes and the opinions of other buyers.

When I got home I was encouraged and decided to go to Google to search for “cheap mattresses”. Carrefour appeared in the first place, but I entered and they were the usual expensive brands, so I tried the following search result: colchonesdormidan.com

I did not know the brand, I investigated it a bit, I saw that they had been selling online for several years and I found that they were also on Ebay and Amazon something that already gave me confidence, so I stopped for a while to consult the opinions of the customers.

On Ebay their statistics showed only 5 bad valuations out of 1618, which told me two things, that they sold a lot and that the opinions were mostly favorable.

I decided to buy directly on the Dormidán website instead of on Amazon or Ebay, as I had more information about the products.

I entered the web and the first thing I discovered was that I did not know anything about mattresses. There were lots of models and materials. Which one to choose?

I started using the mattress selection wizard that I found within the ‘mattresses’ menu. This assistant asked me a series of questions to ask himself a simple profile of me: do you sleep alone or with someone? How tall are you? How much do you weigh? Do you move while you sleep? Are you hot or cold …? After checking my options, the suggested mattresses appeared on the screen.

I was reading the file of the different models of mattresses shown and as the only two requirements I had in mind were: that it was hard and that it did not pass heat, I was struck by the name, one called the “Thermo Fresh mattress ”.

I read the data sheet, it had: high firmness, high adaptability and high breathability, then it showed me a cut of the mattress with the different types of fabric. I didn’t know that today’s mattresses have so many layers.

The core of the mattress was pocket springs, I had to go to the dictionary of words that I found at the bottom of the web to find out what the pocket springs and the rest of the fabrics named on the product sheet were.

Cylindrical shaped spring, independently bagged and cross-linked by a thermo-welded fabric. Thanks to them, a great independence of beds is achieved since, being bagged independently, we avoid noise generated when one rubs against another, offering greater flexibility and less firmness than other types of springs.

It sounded good, pocket springs, independent springs that do not make noise and if you move they do not transmit the movement to the rest of the mattress. I also liked that this mattress had handles, as I am one of those who turns the mattress a couple of times a year.

I read all the data and opinions of this model, I saw that in general they were good opinions, so since it was the manufacturer’s website I thought I would have filtered them, but hey, the ones that had helped me to know if it was as I imagined or not.

I selected the 150 × 190 cm model, the price was just over € 300 including shipping (my previous mattress doubled that amount and was brand name). I added it to the cart and inside it I saw that I could enter the discount code that I found when entering the home page of the web. With the code applied, the total order was less than € 290 including shipping.

Finally, now the finalize purchase button and there I find out two very important notices in which I had not fallen:

1º That the carrier would make the delivery at street level.

2nd That I checked that from the street to my room, the mattress would fit everywhere I was going to pass.

Indeed this was an important detail, the mattress did not fit in my elevator, but yes, by the stairs, so go ahead.

After the checks, I finished the purchase by paying by card and after a while I received an email informing me that they would notify me when my order was to go out (in about 5 to 10 days).

On the sixth day I received another email informing me of the carrier, tracking number and that my order would arrive the next day. Below, some indications marked as very important, that upon receipt of the package check the condition of the packaging and that any damage that you notice (I suppose for possible claims) appear on the delivery note.

The next day, mid-morning, I received a call from the carrier, my mattress was already here. It arrived as is, I mean that this is not one of those that send rolled as I saw in other models. It came covered with cardboard and protective plastic, I did not observe any damage, so with some effort we took it home. (Be careful, the transport company does not remove the previous mattress, it is up to us to take it to the clean point). Before removing the plastic, a tag advised me not to use a cutter and to be very careful to use anything sharp. 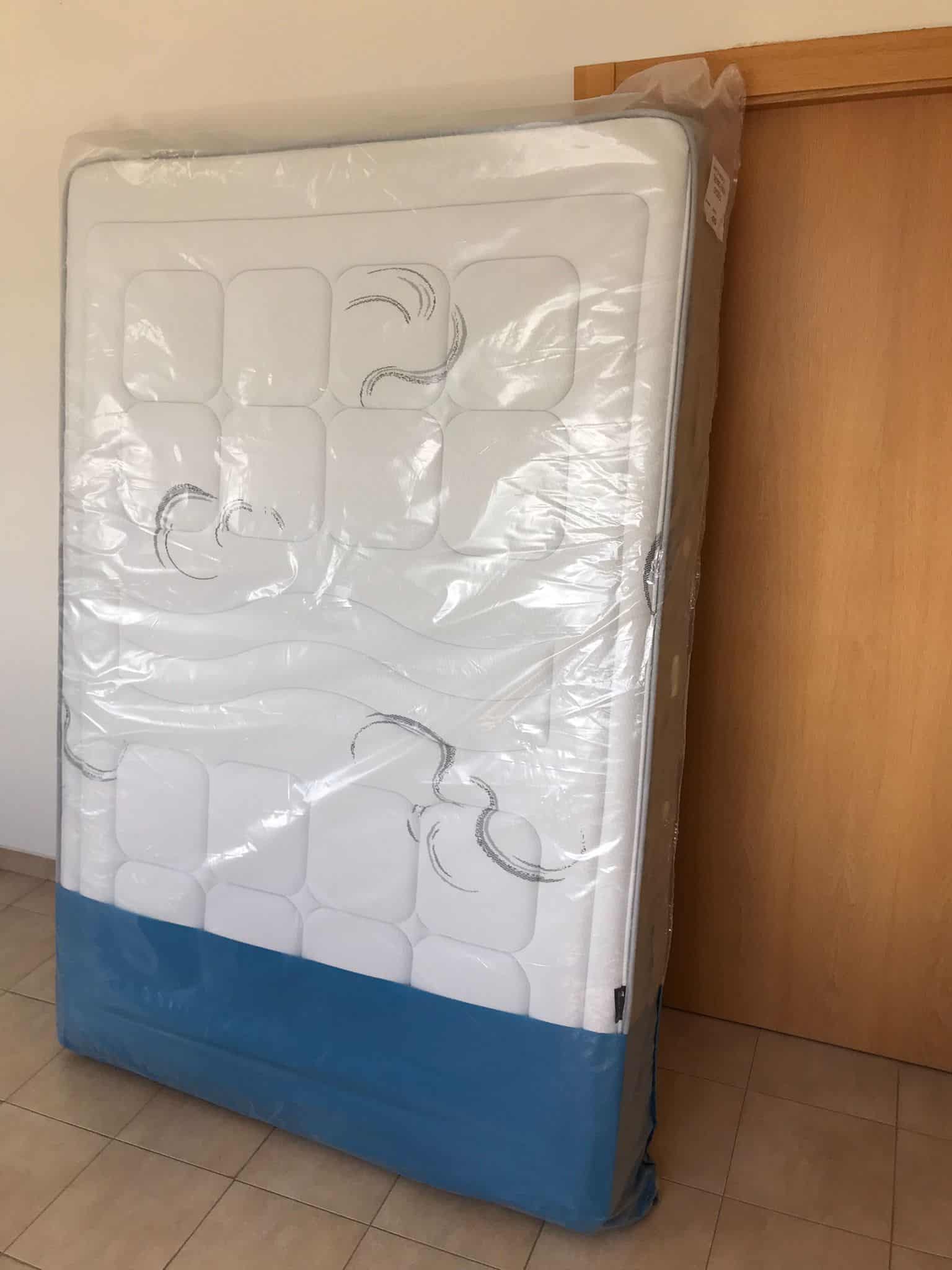 As soon as I take it out and put it on the bed I lie down to test it, I move, I shake it a little … and yes, it seems comfortable, it does not transmit movements or makes noise.

Finally, the night of the premiere arrived and whether you want it or not, sleep on another mattress after having slept on it for years, it has its that. I had a hard time getting some sleep, I guess head stuff. The next morning I feel great, I have slept very well, I have not noticed heat or discomfort. 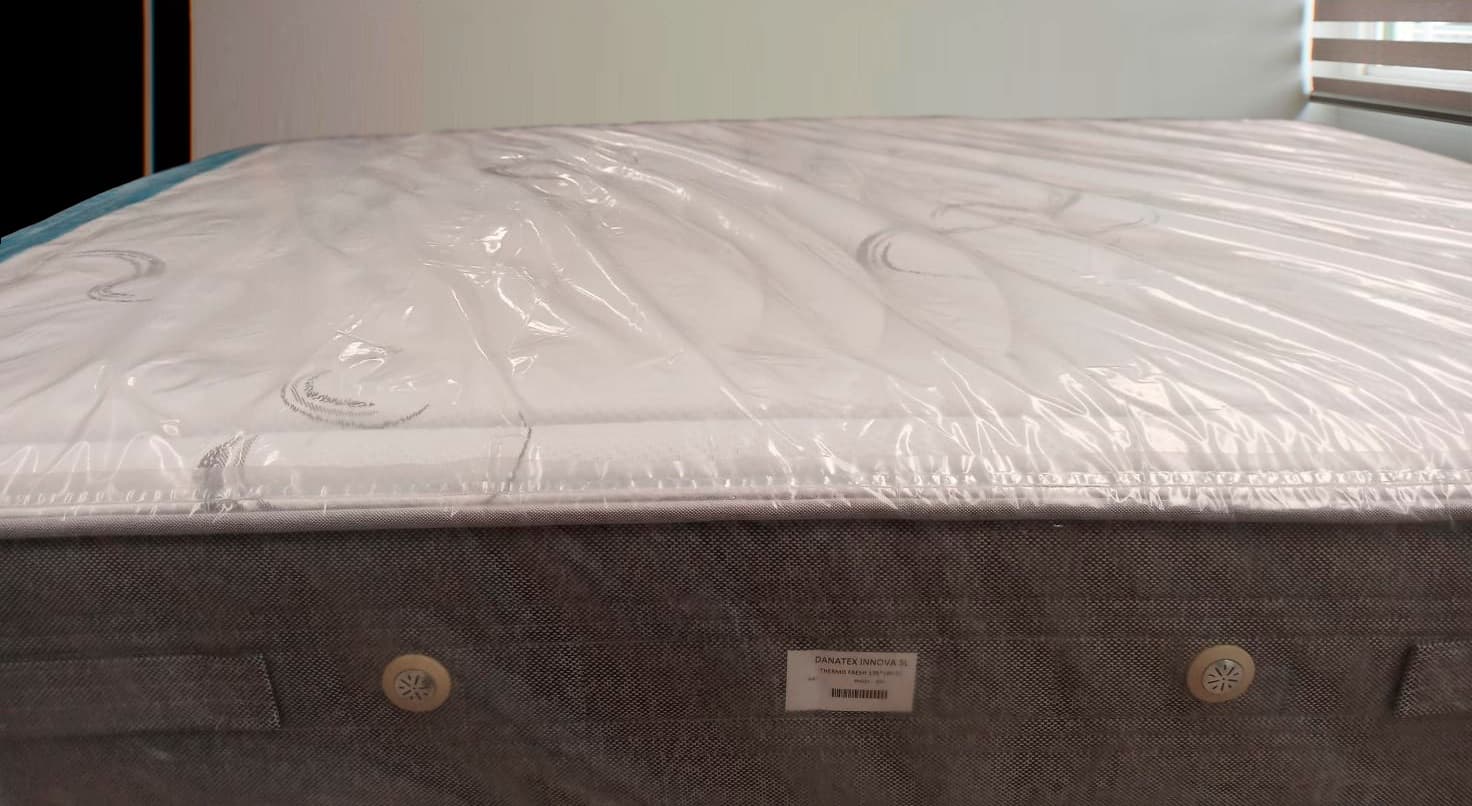 Now and as I write this, I have already slept a few days on my new mattress and my opinion about Dormidán and the mattress is that if I knew it, I would have changed mattresses much earlier.

I recommend? Yes, I have had a positive and smooth experience.

As a summary I leave you my following observations: