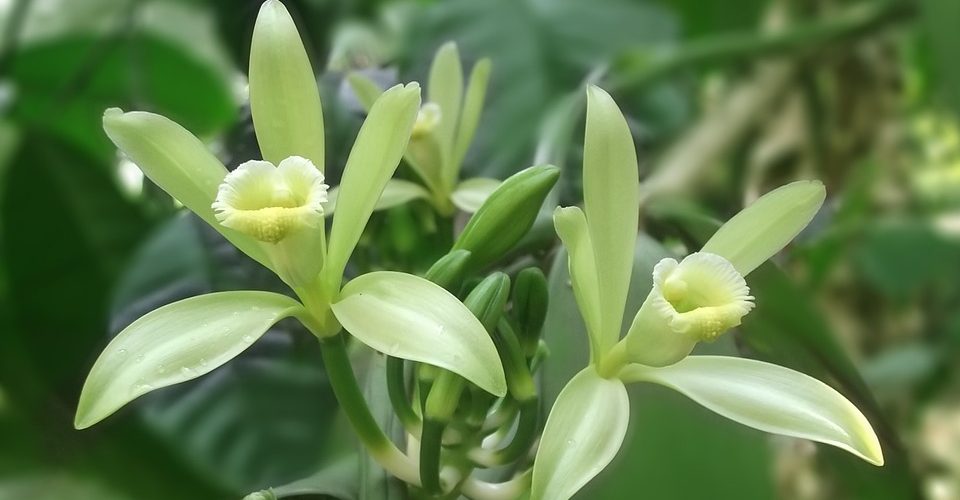 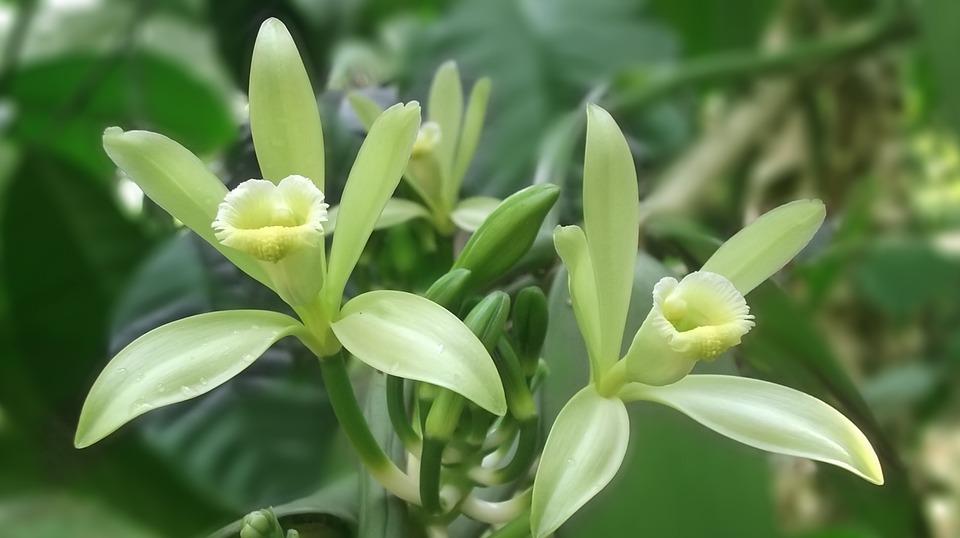 There Vanilla commonly known as vanilla o vanillin is a variety of aromatic orchid appreciated for the spice obtained from its long pods and like all other varieties of orchid it is easy to grow even in pots.

The genre Vanilla, family of the Orchidaceae, includes numerous species of plants native to the humid tropical forests of Mexico where they are spread spontaneously in the undergrowth.

Among the few fruiting species, the most cultivated in the world for commercial purposes is the Vanilla planifolia.

There Vanilla planifolia is variety of orchid and like the other species it is an epiphytic plant which clings to trees thanks to its adventitious roots. 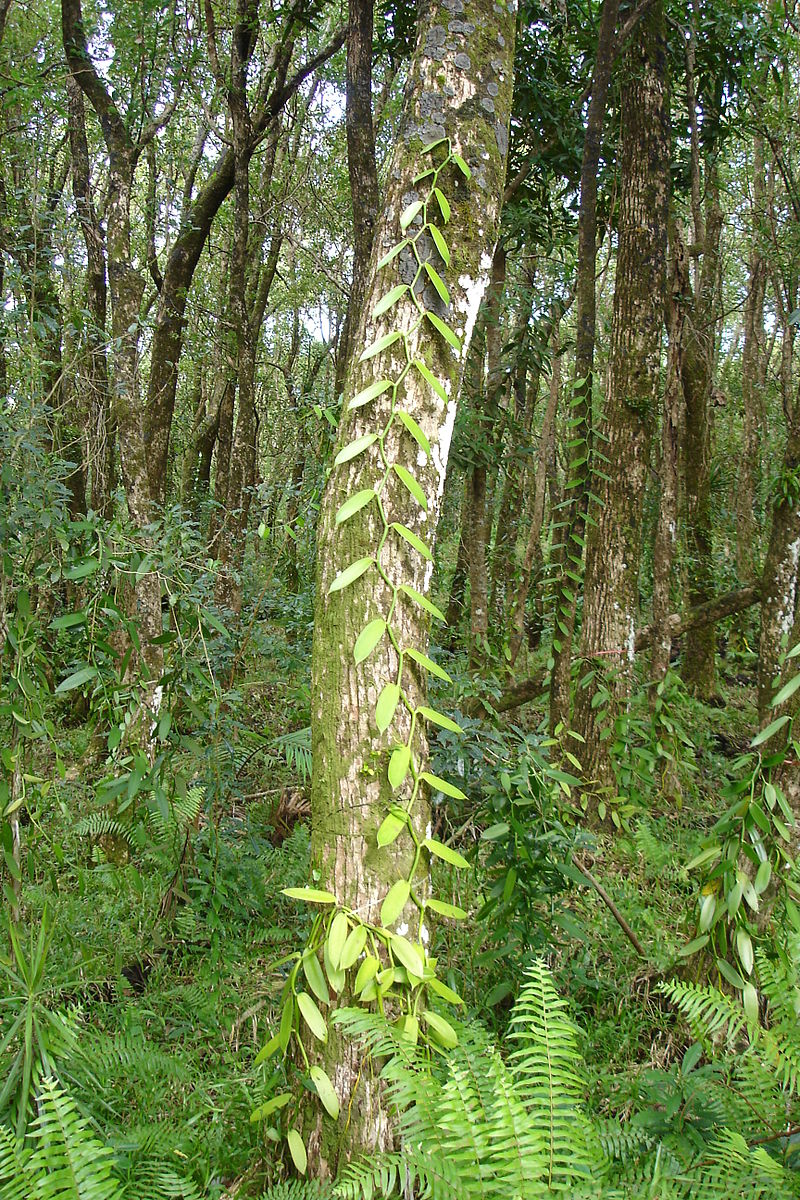 The leaves, arranged opposite along the branches, are elliptical, flat, about 10 cm wide and bright green and shiny. When the leaves break, they release a juice that irritates the skin. 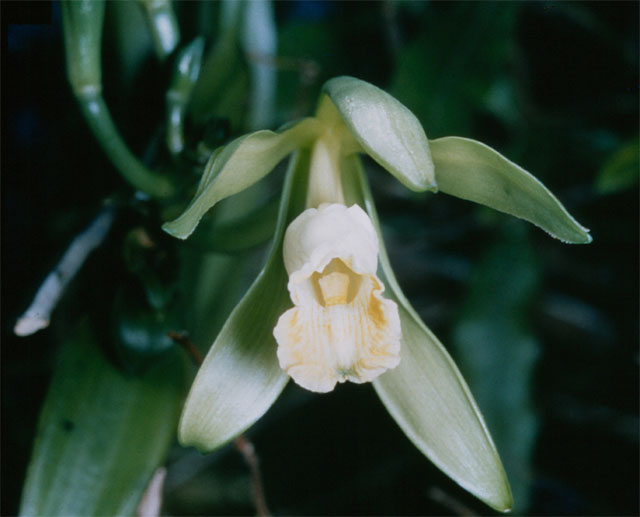 THE flowers, gathered in groups of 8-10, they look like many orchids, they are fragrant and white or yellow-green. The flowers are short-lived in fact they open in the morning and after a few hours they close to never open again.

THE fruits which originate from the fertilization of the ovary, are pods green, odorless, about 20 cm long and inside they contain many dark seeds.

The seeds are tiny and are scattered in the undergrowth with the opening of the ripe pods. 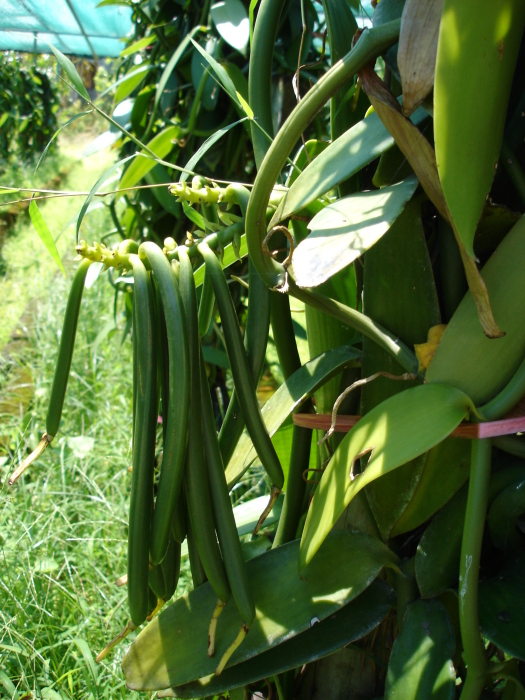 The vanilla plant blooms in the autumn – winter period between September – January depending on the growing area and, generally, flowering lasts about a month.

Vanilla planifolia begins to bloom only when its vine has reached 3 meters in height. 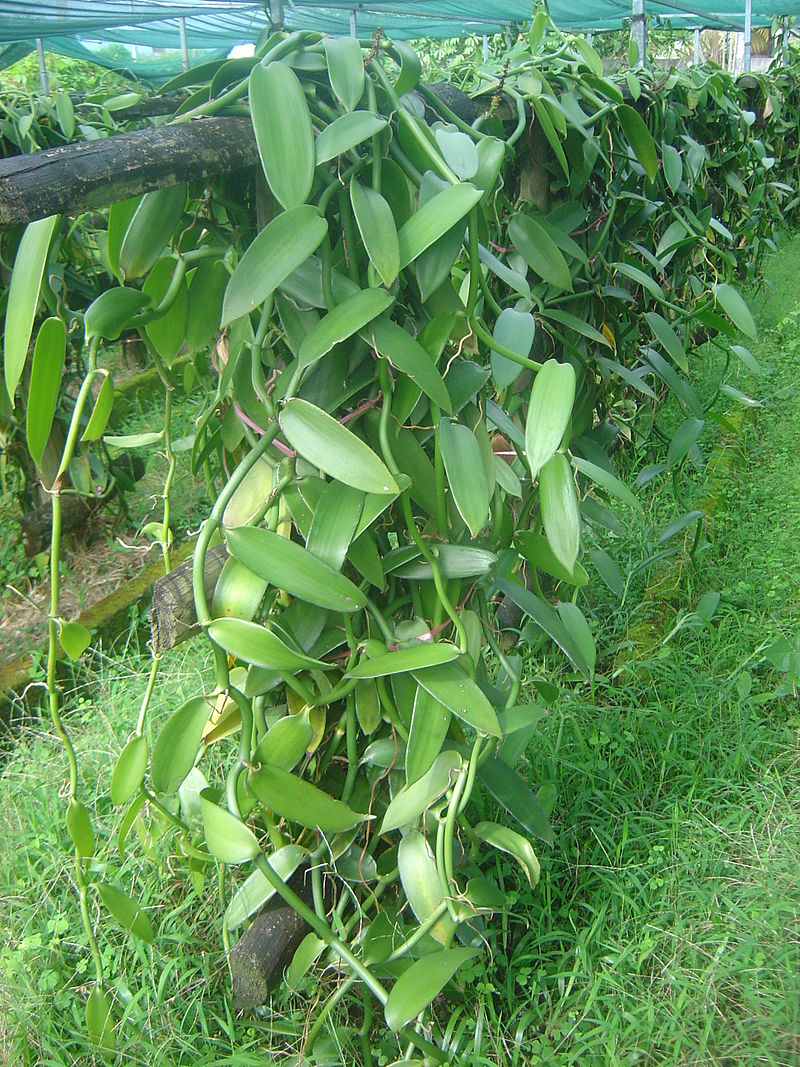 It is a plant that loves bright places but sheltered from direct sunlight. The optimal cultivation temperature is between 15 and 25 ° C. It is a plant in need of space: in pot, when adult it can measure up to 4 m in length, and the shoots must be climbed on a sturdy and long stake, folding and fixing them to it.

Like other varieties of orchids, Vanilla planifolia needs a specific substrate composed of sphagnum (light and permeable moss) or bark of non-resinous plants and osmunda fiber (fern root) to grow strong and luxuriant.

Vanilla grown in pots should be watered with rain or demineralized water at least twice a week. To ensure the right degree of environmental humidity for the plant, especially if the environment is too dry, at least 2 sprays a day with non-calcareous water are required. In winter, however, watering should be reduced to the bare minimum.

It is a plant that needs a constant supply of nutrients and therefore from the vegetative restart and throughout the summer it must be fertilized every 15/20 days with a specific fertilizer for orchids balanced in nitrogen, phosphorus and potassium, but also with a small percentage of iron, zinc, copper, manganese.
At the end of flowering, we avoid fertilizing for a couple of months and after this period of rest, we start to fertilize regularly. 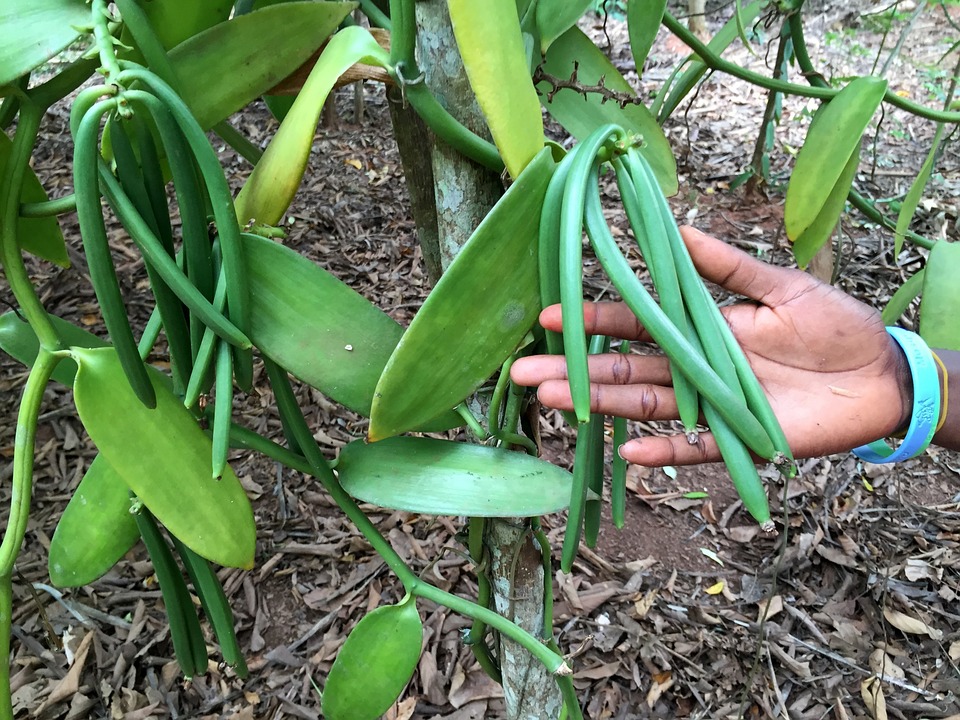 In the places of production, Vanilla planifolia reproduces by seed as the flowers are naturally fertilized by a small insect present only in Mexico.

With us, to obtain the pods, the flowers must be fertilized by resorting to manual pollination, operating in the following way.

Early in the morning (vanilla flowers open only for a few hours), when the flowers are completely open, the cap that wraps the stamens comes off; rub a brush on the pollen and then pass it on the pistil.

Multiplication of Vanilla by cuttings

The multiplication of Vanilla can be practiced more easily by cuttings, a safe propagation technique that produces plants with the same genetic characteristics as the mother plant.

After flowering, portions of branches about 15-18 cm long are always taken using well-sharpened and disinfected scissors. The cuttings are treated with a rooting hormone and then rooted in a mixture of sand and peat in equal parts. To facilitate rooting, the seedling should be placed in a place with a constant temperature of about 25 ° C and kept constantly humid until the appearance of new shoots which generally appear after 1 month.

The vanilla plants that have released their roots after 1 year can be transferred to single pots and reared in them until the moment of final planting. 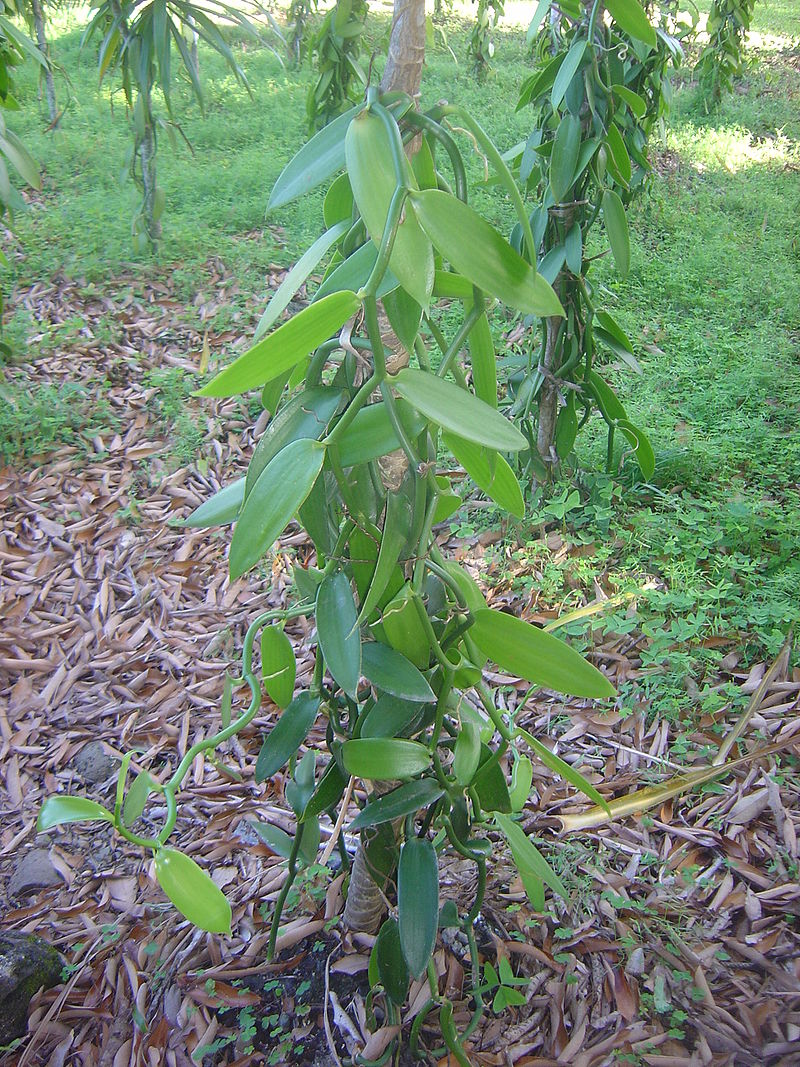 It is a plant characterized by a very fast growth that requires a lot of space therefore it must be planted in holes at a distance of 1 meter on the row and about 2 between the rows. Each plant must be supported by a stake to allow its long shoots to climb.

If the vanilla is grown in pots, it is necessary to provide it with a very spacious and deep container to allow regular development of both the root system and the aerial part. 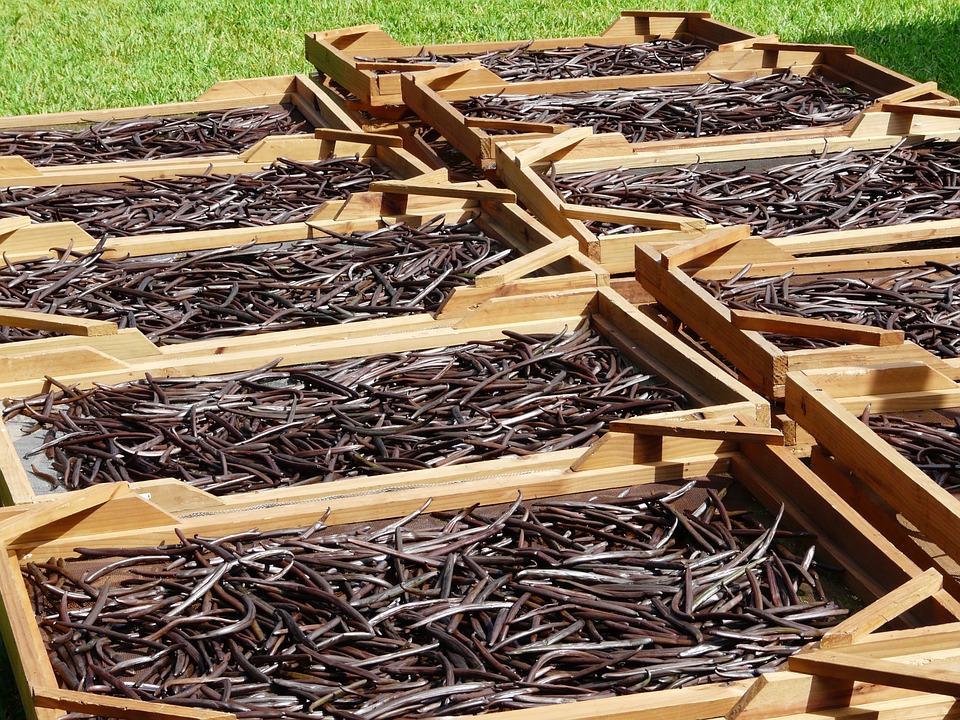 In the places of production, i vanilla fruits still green crops, after a long and difficult drying period, turn black and acquire their unmistakable character aromatic scent. Generally, the harvesting of the pods begins three years after sowing.

After harvesting, the fruits are dried in the air in an airy and shady place.

After drying, the pods are kept whole in glass jars and stored in a dark and cool place. 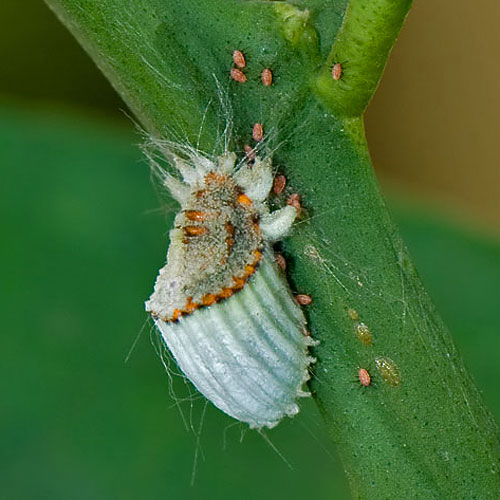 It is a plant sensitive to root rot if the growing medium is not well drained. It suffers from the attacks of the cochineal and aphids that usually nest in the leaf intersections. 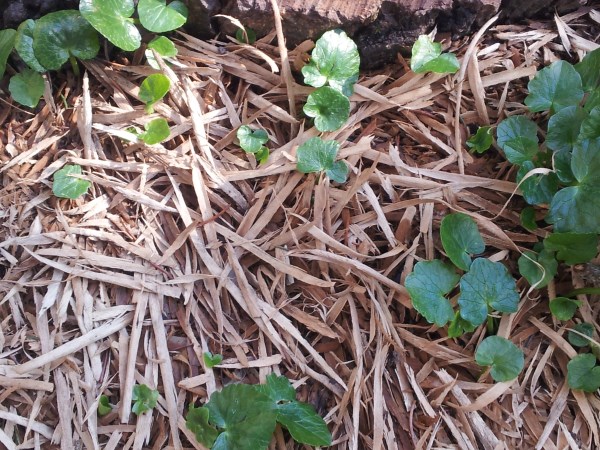 It is advisable to empty the saucer after watering and to prevent parasitic attacks, carry out specific treatments. To protect the roots from the cold, cover the base of the vanilla plant with a light mulch of straw or dry leaves.

Varieties and species of vanilla

There are various species of vanilla some hybrids but all appreciated for their intense and delicate aroma.

It is a hybrid variety obtained by crossing vanilla planifolia and fragrant vanilla. It has zigzag stems; narrow and long elliptical leaves. It produces yellowish-green flowers and bunches of bean-like, short, wide and fleshy dark brown pods with a warm and fruity aroma mixed with an aniseed note.

Native to the island of Reunion, it is a species that produces pods with an intense and delicate aroma that are mainly used in the preparation of various types of sweets. Bourbon vanilla goes perfectly with cinnamon, anise, clove, ginger and cardamom.

A species that produces dark brown, thick, fleshy and 15–18 cm long pods. The Tahitian vanilla pods have a delicate spicy scent mixed with a fruity plum note. The world production of this species is very limited and this justifies the high price of its pods. 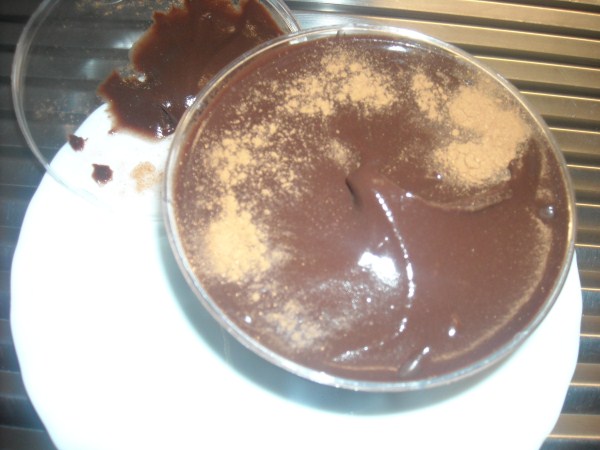 In kitchen this delicious aromatic spice is used in the preparation of sweets and liqueurs, to flavor creams, chocolate and as the main ingredient of the famous and tasty apple strudel. 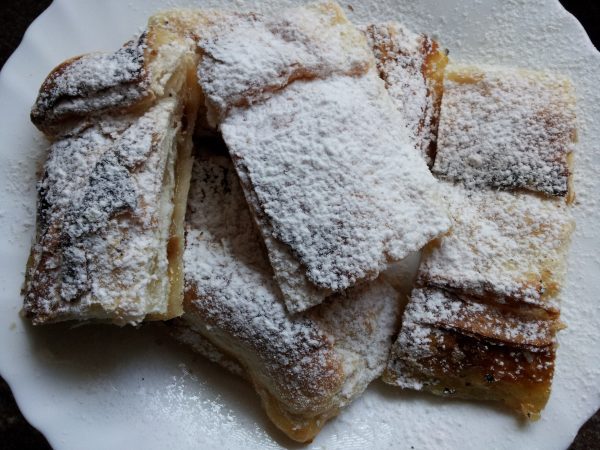 Pastry chefs use the vanilla to cover the yeasty taste and smell of the eggs.

There vanillin o vanillin is the principle or rather an aromatic aldehyde molecule which gives vanilla its characteristic odor.

In 1 vanilla seed we have a concentration up to 4% vanillin.

In medicine the vanilla it is recommended for its beneficial properties for the treatment of various infections and to combat stress and insomnia. 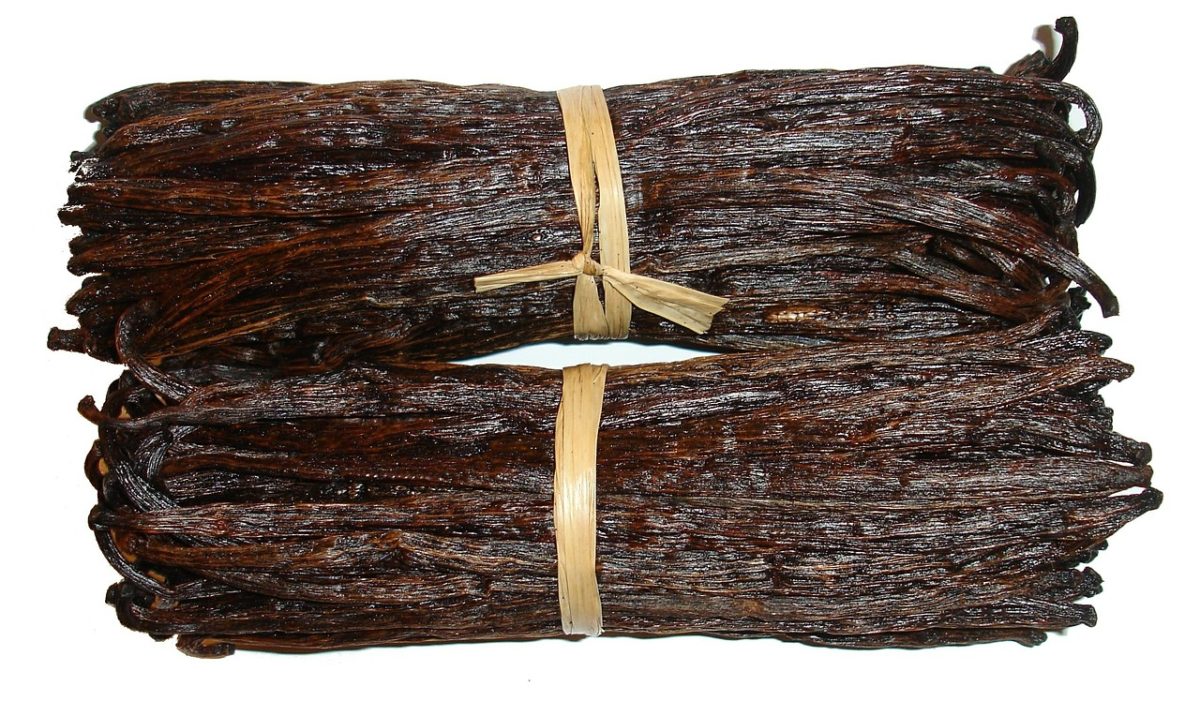 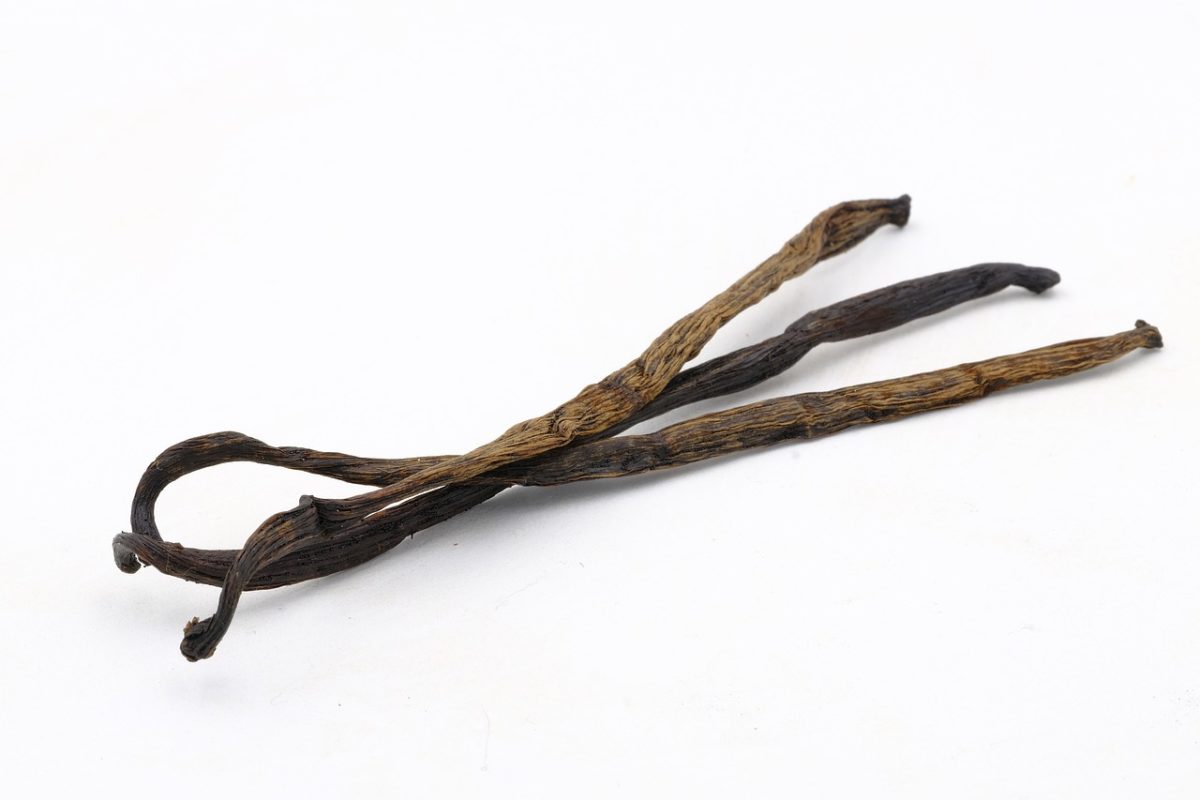 Coca-Cola has marketed a vanilla-flavored drink: Coca-Cola Vanilla, which is very popular with the French and the British.