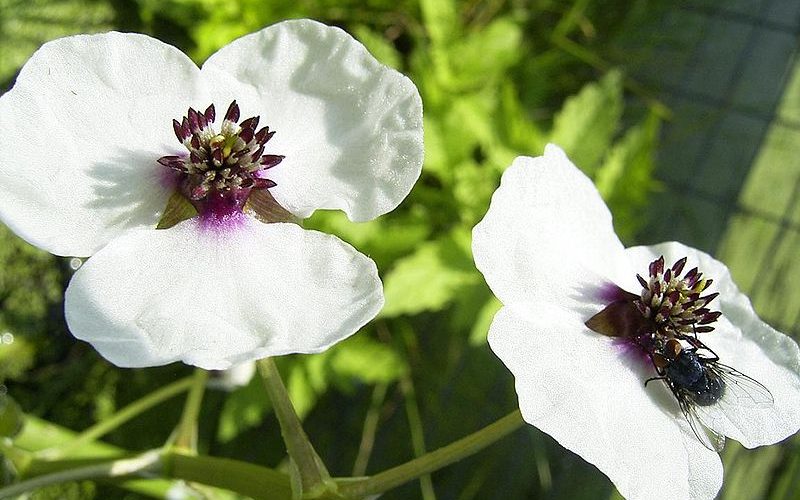 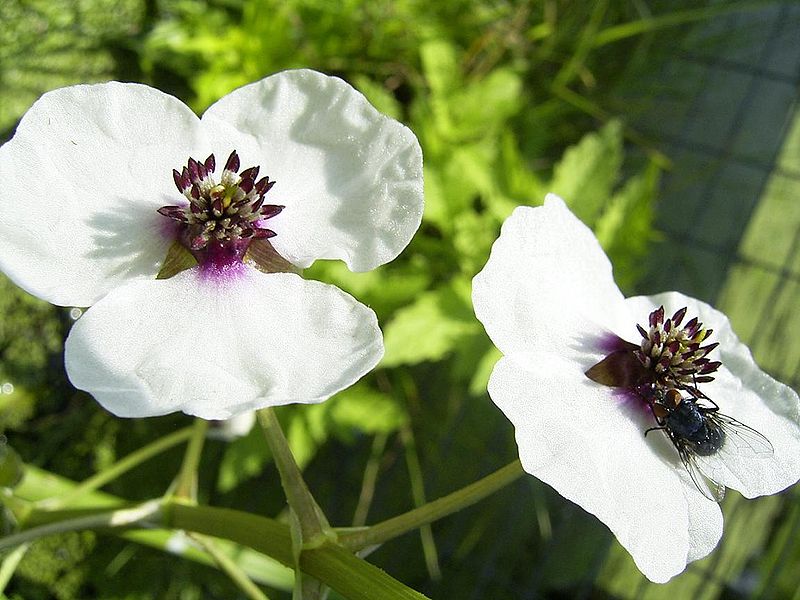 There Sagittaria latifolia it is an aquatic plant suitable for growing in small natural or artificial lakes and also in tubs.

Sagittaria latifolia is a plant of the Alismataceae family, native to North America and widespread in the rustic state in the waters of the wetlands of most of Central America. In Europe and Australia it has naturalized so much that it is considered an invasive plant to be kept under control.

It is a perennial aquatic or marsh plant that in full vegetative vigor can exceed one meter in height with its rich and decorative foliage.

Read also: Feeding aquatic turtles: how to best breed them

The roots of Sagittaria latifolia are white tubers with a rounded shape with white fleshy pulp that are produced at the end of autumn.

The aerial part of this aquatic plant has an erect and bushy habit. 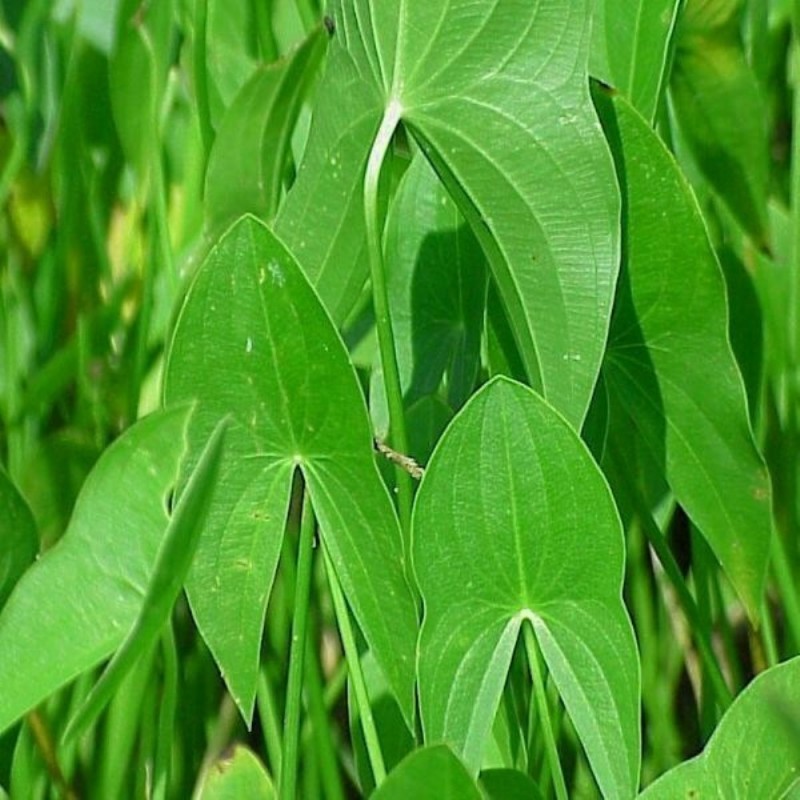 The leaves of this plant with the development they change shape: they are first ribbon-like and submerged then oval and as they emerge on the water they assume the triangular shape or arrowhead or lightning bolt. 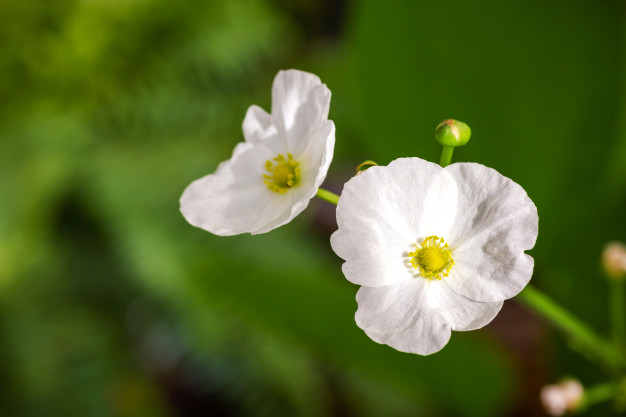 THE flowers, develop together in panicle-like inflorescences and are composed of three white petals and three green sepals. The slightly purplish male flowers are found in the upper part of the inflorescence, above the female flowers.

THE fruits they are achenes that release tiny seeds when ripe.

THE seeds they are small and fertile and, if collected before they fall into the water, they can be used to obtain new specimens the following spring.

Sagittaria latifolia blooms in summer, from July to September. 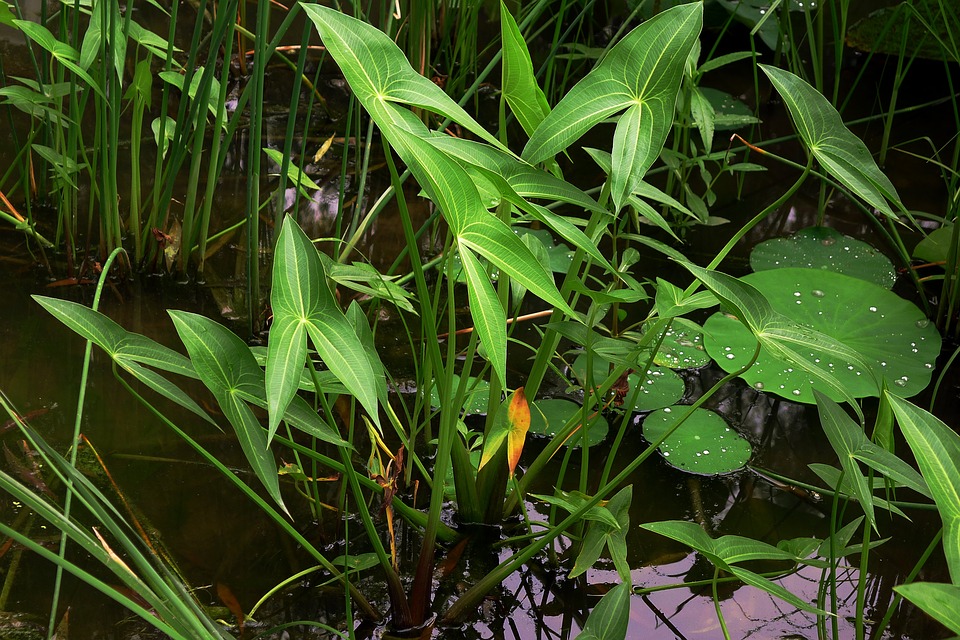 It is a plant that grows well even in shady places but to produce flowers it must be grown in intense light and direct sun. It does not fear the cold and frosts therefore the rhizomes can be left planted throughout the year.

You may be interested in: Aquatic plants: what they are, how to care for them

It is a plant that can also be grown in the ground, always along the edges of ponds in a very humid, marshy substratum and with a slightly acidic pH. The plants should be planted in large containers filled with universal soil mixed with sand, which should be sunk into a shallow pond. The optimal soil must be rich, peaty and sandy. It suffers in excessively calcareous and brackish water.

Sagittaria latifolia can also live in standing water, to grow the healthiest way and develop in the best way, however, it would need to be watered regularly every week.

The fertilization of aquatic plants takes place by mixing specific fertilizer to the soil or to the water where they are grown. In the phase of planting the rhizomes, manure can be added. In spring, to stimulate the growth and flowering of Sagittaria plants, a specific fertilizer for green and flowering plants in the form of tablets can be inserted between the rhizomes. To obtain a good result, it is advisable to insert the tablets between the dense intertwining of secondary roots or rhizomes. The tablets can also be prepared if necessary by compacting a slow release granular fertilizer with universal soil or moist peat.

This beautiful plant can also be grown in large waterproof tubs, filled with universal soil mixed with sand, and preferably rainwater or not excessively calcareous water. Suffers in brackish water. The tubers should be placed on the bottom at a depth of 30 cm even in their perforated baskets. To make the plant develop in the best way and to ensure adequate oxygenation, it is advisable to change the water every 15-20 days and more frequently in the summer months. To facilitate the exchange of water, Sagittaria plants can be implanted in their container. 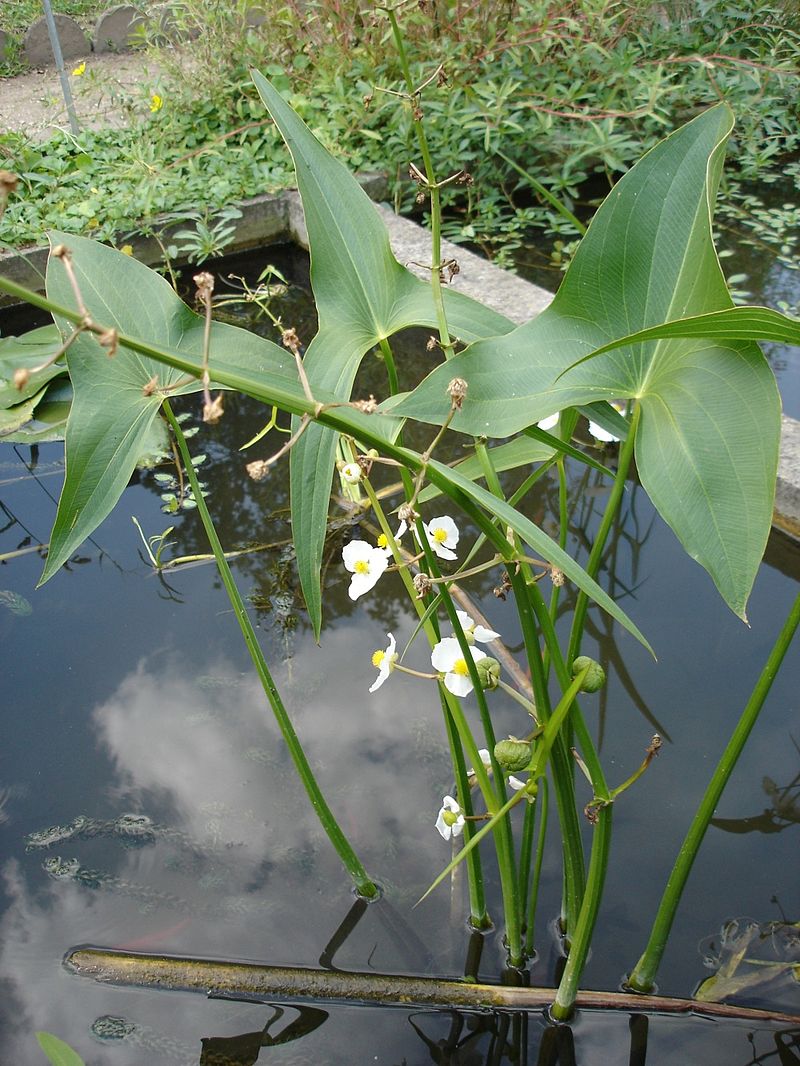 Even if the tubers of Sagittaria latifolia do not fear the cold, they must be planted in spring in a sunny or partially shaded area at a depth equal to their diameter, at about 10-15 cm deep and spaced at least 30 cm apart. To cover a large enough area, 6 – 7 tubers per square meter are needed. If you want to contain the development of the plants, the tubers must be placed with their baskets at a depth of 30 centimeters.

The multiplication of the plants of this particular variety occurs by seed and by division of the tufts or runners.

In spring the seeds are germinated in a container filled with a mixture of peat and sand in equal parts kept constantly submerged in shallow water and in a protected place until the sprouts appear. The new plants obtained are left to strengthen in individual pots for at least 2 years before being permanently planted in higher and moving water.

If desired, this kind of plant can also be reproduced by dividing the tufts or by separating the tufts or stolons that are continuously produced, and immediately planting them in the place chosen for their growth.

It is the preferred technique for two reasons: it is easy to practice and the new plants will bloom as early as the second year of life.

If the space available is large enough, Sagittaria latifolia plants can be combined with other aquatic or marshy plants with a bushy habit such as: Calla palustris, Baldellia, water Iris, Houttuynia cordata, etc. 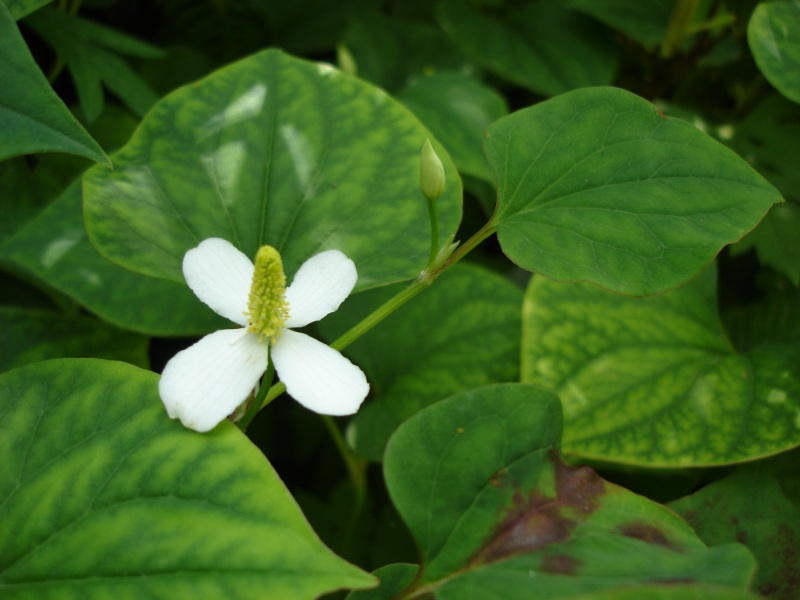 Pruning is done to thin out overly branched plants. The oldest leaves and those dry or damaged by cold are eliminated to not preserve the aesthetics of the Sagittaria. Withered stems are also cut to encourage the release of new flowers, unless you intend to collect the seeds.

Parasites and diseases of Sagittaria

It is a very rustic plant that is generally not attacked by aphids and cochineal and is not afraid of common fungal diseases either. The tubers are eaten by animals.

Sagittaria is a low maintenance plant that is easy to manage even by those without a green thumb.

It only needs frequent water changes if grown in a small pot and if you want to avoid excessive expansion of the plants, the seeds must be collected before they fall into the water.

The fight against any parasites (aphids), on the other hand, is more problematic as any chemical treatment risks contaminating the water and putting the fauna at risk. However, the risk can be eliminated by inserting natural predators such as fish and small amphibians or by using natural non-polluting products based on pyrethrum, a biological plant substance or by resorting to the nettle pesticide or pesticide. with garlic. 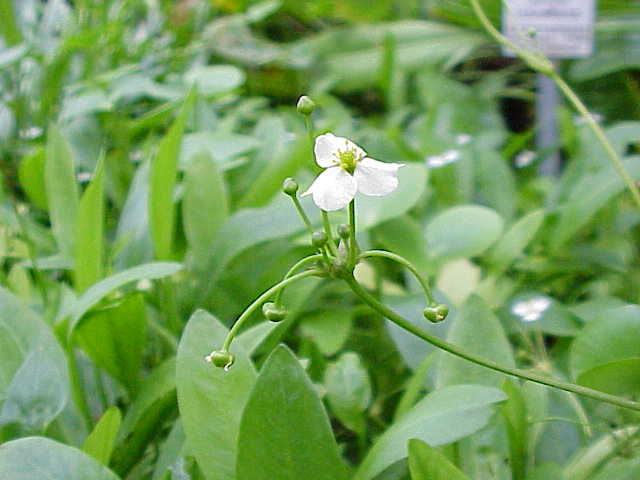 A very decorative perennial species native to Japan suitable for growing in calm and shallow waters, along the edge of a pond or pond. It has larger and wider leaves than the other species that resemble those of the calla lilies. In summer it produces clusters of white carnation-like flowers. It reproduces by division of the bulbs.

Sagittaria eatoni, a perennial plant that prefers cold waters, is native to the north-east of the United States, has linear leaves that appear in the shape of a rosette.

very similar to the sagittaria eatoni, however, it is native to the south-east of the United States, moreover, part of the leaves emerge from the water. The emerged leaves can reach a length of 40 cm.

It is a species that forms tufts 30 cm high and 45 cm wide. It produces both submerged and emerged leaves and in summer white flowers consisting of 3 petals sprout on its stems. It should be grown in very strong light, in slightly alkaline water. It does not tolerate temperatures above 20 ° and resists cold down to – 7 ° C. It is suitable for ponds of any size, and should be planted at a depth of 20 cm in full sun or partial shade.

Known as common tip of quillwort arrow, is a dwarf species native to the United States, about 10 cm tall. The leaves are green, flattened, maximum 10 centimeters long and submerged. The flowers have 3 white petals and the central button is composed of numerous yellow anthers. It should be grown in very strong light and at a temperature of about twenty degrees.

Like the other species, Sagittaria sagittifolia is also widespread in the humid and temperate areas of Europe and Asia. It reaches a height of about 50 cm; it has submerged leaves and green thunderbolt leaves that emerge on the water, up to 25 centimeters long. The flowers consist of three white petals, three sepals and many purple-colored stamens. It also thrives well in high water up to …