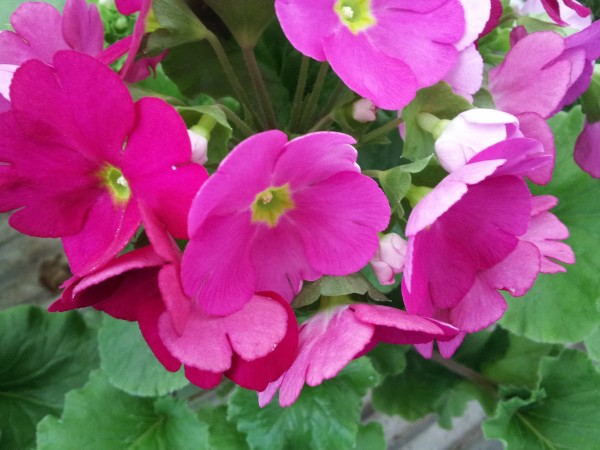 There Primula obconica is an ornamental herbaceous plant of Asian origin cultivated for ornamental purposes to embellish the interior of houses and flower beds in gardens. 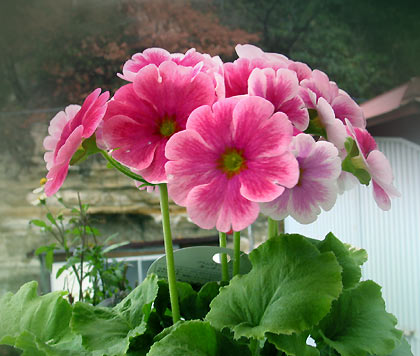 Characteristics of the primula obconica

There primula obconica, is a perennial herbaceous plant of the Primulaceae family, native to Asian countries, where it is generally diffused in a rustic state in humid and cool places in hilly and mountain woods, at heights above sea level from 500 to 3300 m. In Europe and Italy it is cultivated as an annual for ornamental purposes as an indoor plant in regions with a harsh winter climate and directly planted in areas with a lite climate.

It is a plant with a delicate root system formed by very thin and shallow roots.

characterized by large leaves covered with a light down.

The leaves they are arranged to form a thick basal rosette about 5 to 20 cm high. Leaves
of this glandular and pubescent plant are inserted on the cylindrical and herbaceous stems by means of long green petioles. The shape of the leaves is corded or rounded; the margins are toothed-lobulated; the upper page is deep green while the lower one is light green.

Between the rosette of leaves during the flowering period thin and erect stems develop carrying numerous numerous umbrella-shaped inflorescences whose color ranges from white to pink, from red to blue.

Each inflorescence consists of 2 to 13 flowers with 3 to 10 mm long bracts supported by thin 5 20 mm long stems. The corolla of the flowers is made up of 5 petals arranged radially around one or more styles.

THE fruits they are capsules containing very small spherical seeds with an excellent germination capacity and which must be collected when the capsules become brownish. 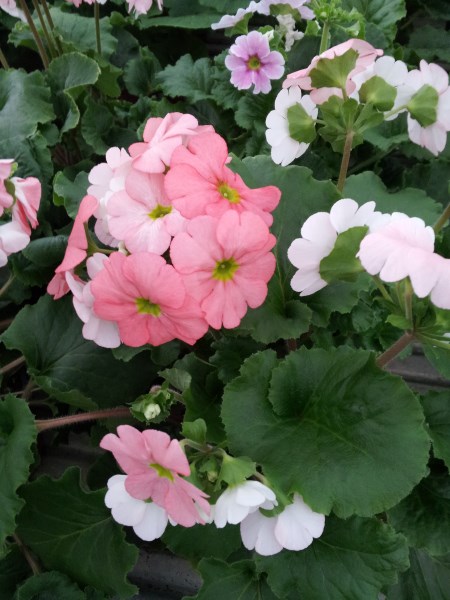 The primula obconica blooms from October until late spring. 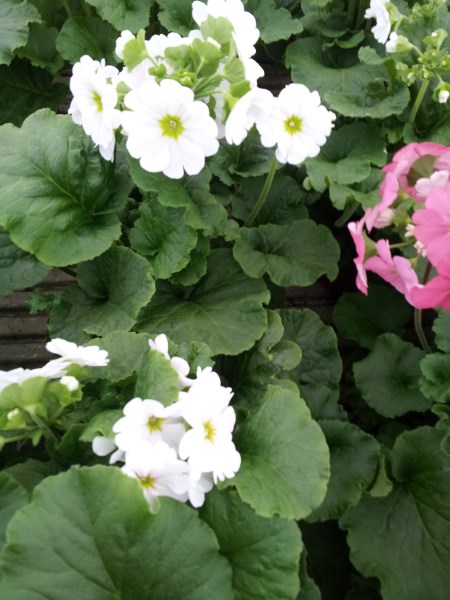 You might be interested in: Furnishing or embellishing the living room with IKEA for less than 50 euros

This ornamental plant, grown indoors, prefers bright places but not direct sun. In the garden it is ideal for borders of flower beds placed in semi-shaded areas. It does not tolerate heat and high temperatures so in summer the plant should be placed in a semi-shady place.

it prefers soft, fresh and well-drained soils with a slightly acid reaction. The optimal growing medium must have a mixture of peat, sand and bark and with pH values ​​between 5.5-6.5. In too saline soils the roots tend to darken while the plant finds it difficult to emit new shoots so there is a risk of having only one stem with reduced foliage.

This species loves moist soil and fears prolonged drought so it should be watered regularly from September to October, taking care not to leave it dry and not to wet the leaves and especially the flowers to avoid being attacked by fungi. In summer, when the primrose obconica enters vegetative rest, the watering must be suspended completely and the now dormant plant must be placed in a shady place until the following autumn. 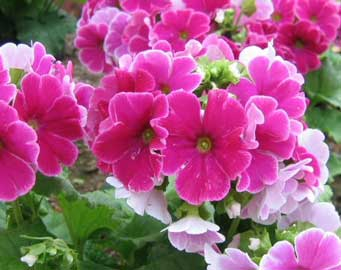 at the restart of the vegetative cycle, administer a ternary fertilizer containing nitrogen, potassium and phosphorus in the ratio of 3: 1: 2. Then reduce the nitrogen, with fertilizers like 10:20:20. As soon as the buds begin to form, administer a fertilizer rich in potassium, to favor abundant flowering and obtain flowers with more intense colors. For a harmonious growth of the plant, microelements are also useful, in particular iron chelates to hinder the onset of chlorosis. The liquid fertilizers, administered on a weekly basis, must be diluted in the irrigation water while the granular ones, with slow release, must be administered every 5 weeks. 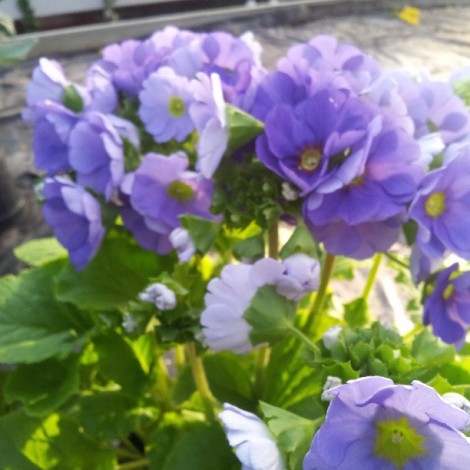 Multiplication of the primula obconica

The primrose reproduces by seed and by division of the tufts.

For sowing it is carried out in summer towards the end of July using fresh and fertile seeds, specific soil for sowing and honeycomb containers. The seeds are buried 0.5 cm deep in the holes of the container and then covered with a very light layer of soil made to adhere with a pressure of the hands or with a roller. The seedbed should be placed in a place with a constant temperature of about 18 ° C and under a glass cover. Germination usually takes place about 15 days after sowing. The new plants must be made to strengthen before being transplanted to permanent residence or directly outdoors or in 8-10 cm pots. in diameter. The plants thus obtained due to genetic variability will not be the same as the mother plant. 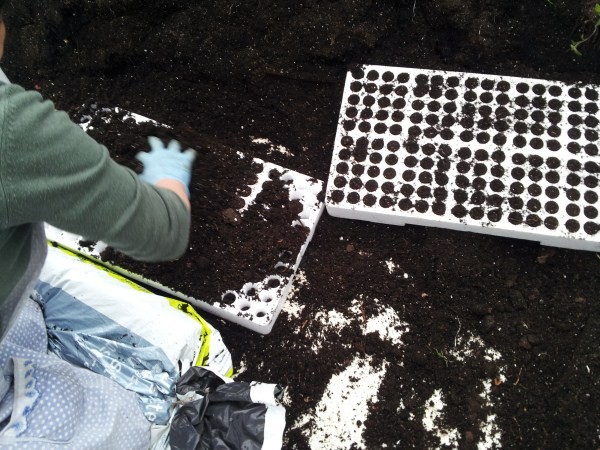 The propagation by division of the tufts is carried out in autumn at the time of repotting only on well-branched plants and a few years of life. The plant is extracted from the pot; it divides into two portions each with well developed roots; each portion or clump is implanted in a pot of adequate size for its size.

Repotting of the primula obconica

The plant should be repotted every 2 years, in autumn, using a wider and deeper pot, light soil, rich in organic substance and mixed with a little coarse sand to favor the drainage of the watering water.

With the first autumn colds, the dried inflorescences are eliminated and the stems that supported them or damaged ones are cut off, always using suitable and well disinfected tools. 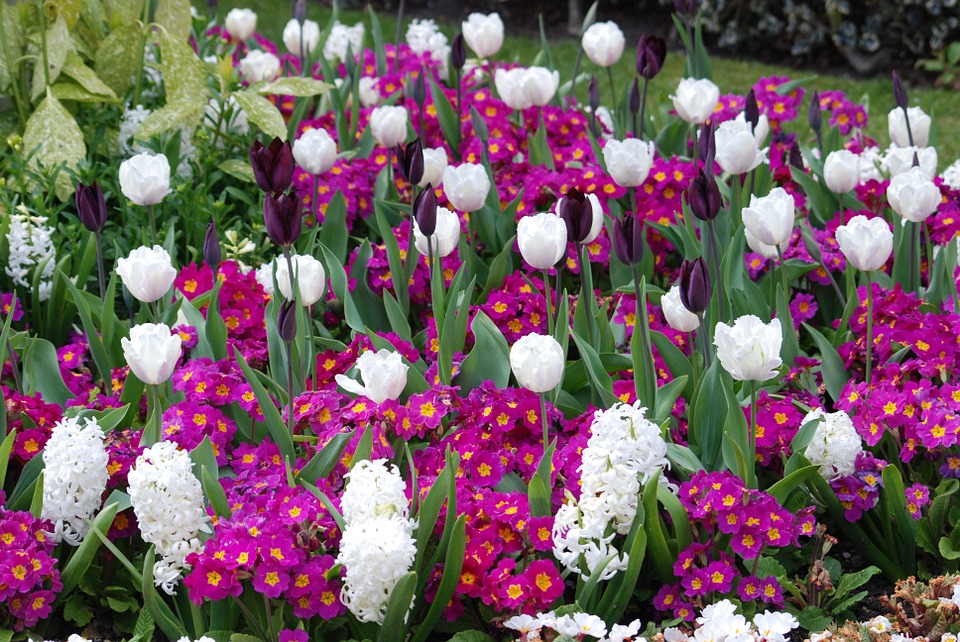 The primula obconica is perfect in mixed flower beds if combined with hyacinth and tulip plants. 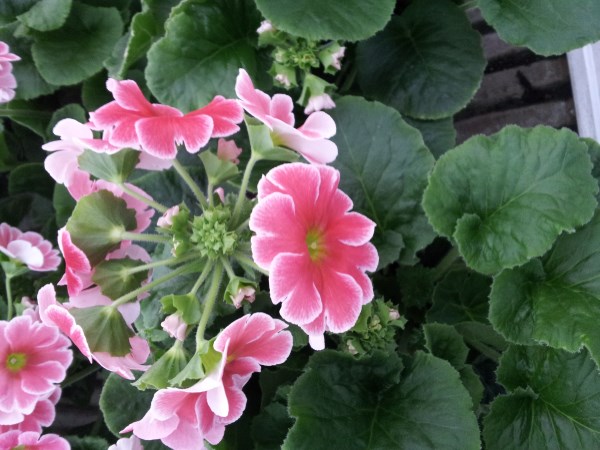 Diseases and parasites of the primula obconica

There primula obconica it fears the attack of mites or aphids, of the whitefly and the root rot caused by water stagnation and the gray mold or Botrytis which usually extends up to the collar of the plant with consequent decay and death.

To prevent fungal diseases, it is necessary to favor the drainage of the soil and avoid water stagnation in the saucer.

Aphids can be combated by spraying the leaves with a garlic, nettle or pyrethrum pesticide. Gray mold, on the other hand, must be fought with specific fungicidal products such as Procloraz (Octave) based, phytotoxic substances to be avoided during the flowering period. 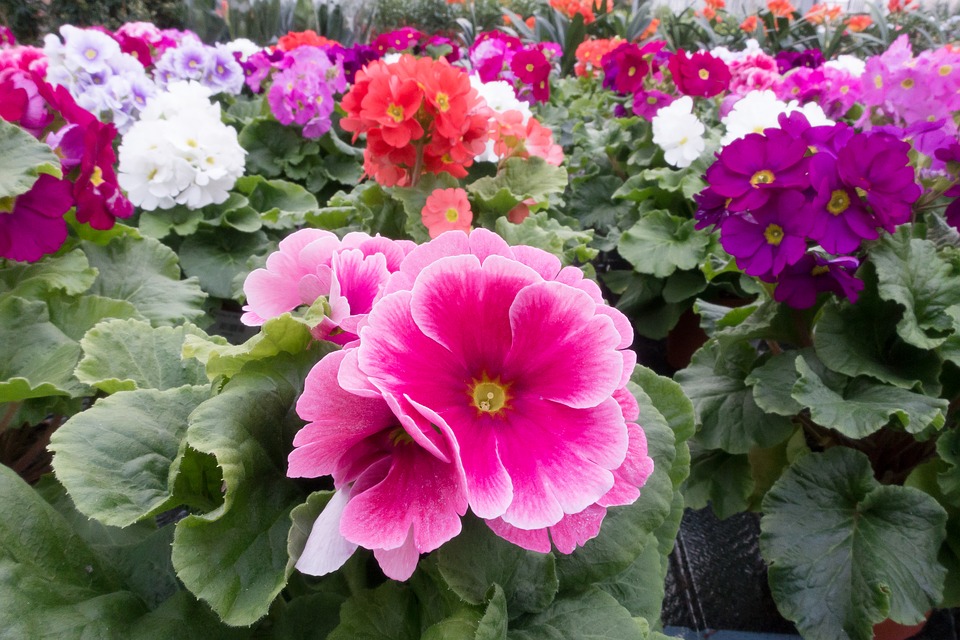 Uses of the primrose obconica

It is grown mainly for ornamental purposes as a houseplant or in the ground for borders of flower beds in public and private gardens, including coastal ones.

In homeopathic medicine, primrose obconica is also used as a medicinal plant for the treatment of skin diseases such as eczema, urticaria, and other irritations of various kinds.

In England this ornamental species is also considered a lucky plant and is given to loved ones, friends and relatives as a talisman against bad luck and the evil eye. 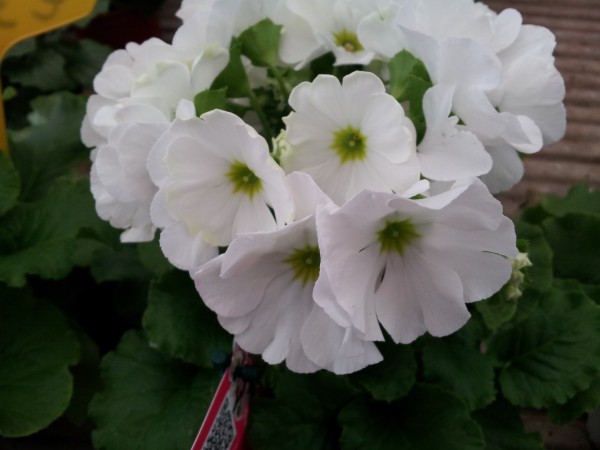 The primrose is the symbol of hope, rebirth, friendship, youth.

It is not a poisonous plant, but it is allergenic. The fine hair on the leaves can cause skin irritation and for this reason it is advisable to handle the plant while wearing gardening gloves.

Its generic name Primula comes from the Latin and means first term that refers to the appearance of the flowers that appear immediately after the end of winter.
Many species of primroses are widespread spontaneously in Japan, China, northern Europe, and also in Italy.

What color means life? Red has a range of symbolic meanings, including life, health, vigor, war, courage, anger, love and religious fervor. The common thread is that all these require passion, and the “life...