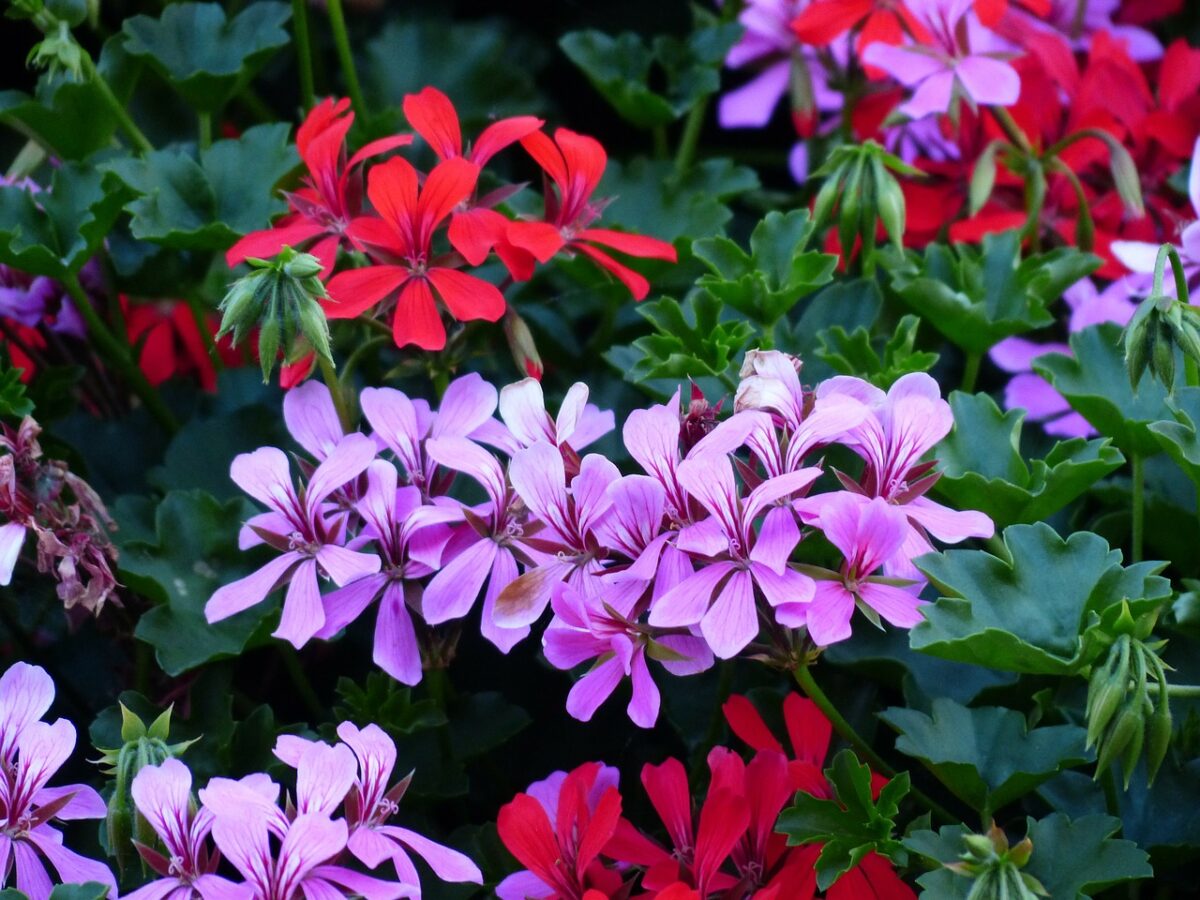 THE Parisian geraniums and Ivy geraniums they are ornamental plants that with their cascades of multicolored flowers enliven and embellish balconies, terraces and flower beds in the garden. 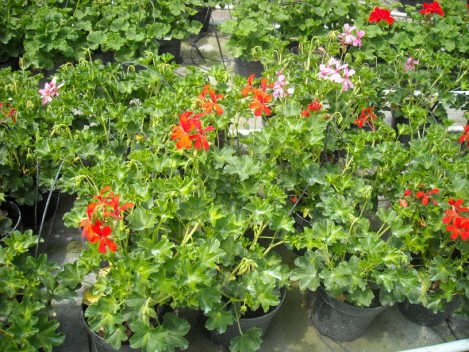 General characteristics of the Parisian geranium

The ivy geranium, Pelargonium peltatum, is a perennial herbaceous plant native to South Africa and belonging to the Geraniaceae family.

The Parisian geranium it is a plant with milky-brownish fasciculated roots. The aerial part has a drooping posture thanks to the numerous cylindrical, hairless, pale green, often dark green stems, even 1 meter long.

The leaves they are peltate, shiny and leathery, of a light-dark green color, sometimes with a showy red-brown streak. 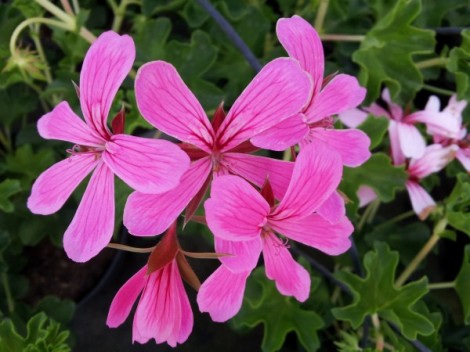 THE flowers, carried on the apexes of the axillary stems, they have a corolla composed of 5 oblong petals of red, pink, white and purple or mottled.

THE seeds they are small and resemble the stork’s beak. 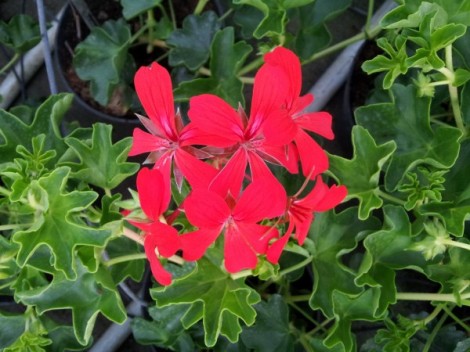 The ivy or Parisian geranium plants they produce flowers in profusion from spring to late autumn, from April to October. 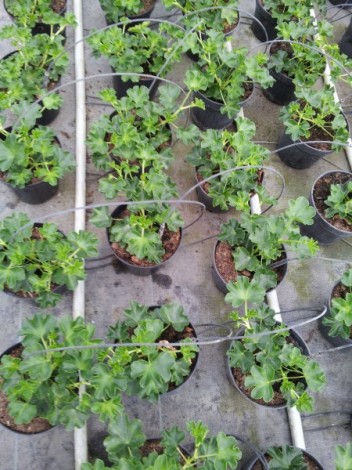 In order to produce abundant blooms, the Parisian geranium needs a luminous, sunny and sheltered exposure from the winds; however it grows well even in semi-shady areas, especially in areas with very hot summer climates.

It is a plant that, while adapting to common garden soil, prefers a loose, acidic, nutrient-rich and well-drained substrate.

It needs regular watering throughout the vegetative cycle, during the flowering period and also daily in the summer months, preferably early in the morning or in the evening. Irrigation should be reduced in autumn and suspended in winter as the geranium enters vegetative rest.

You may be interested in: Plants and flowers IKEA 2020: decorating with love

The fertilizations are to be done every 15-20 days, except in summer, with specific fertilizers for geraniums or slow-release granules or liquids diluted in water. At the vegetative restart, a fertilizer richer in nitrogen (N) must be administered to favor the emission of new leaves and during the flowering period the most suitable fertilizer must have a higher percentage of potassium (K), phosphorus (P ) with a minimum percentage of microelements useful for strengthening the root system and livening up the color of the leaves. 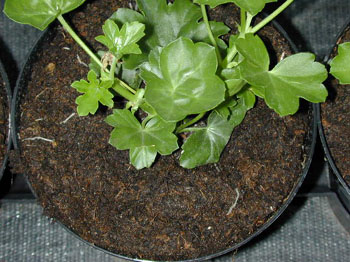 New examples of Parisian geraniums identical to the original plant can be obtained by cutting apical stems.

In spring, in the months of March-April or in summer, towards the end of August, take about 10 cm long cuttings from the healthy and vigorous twigs. Only the cauline leaves are eliminated; they are incised with small vertical cuts; the cut ends of the cuttings are pulverized with rhizogenic powder to favor the emission of the roots and then the cuttings are buried at a depth of about 10 cm, in the soft soil after being kept moist until the appearance of new leaves. Once rooting has taken place, the new Parisian geranium plants are transferred to small single pots and subsequently when they are well developed (2 years) they can be transferred to larger pots or planted in the ground.

Parisian geraniums are planted in spring in loose, well-worked soil. The planting hole must be at least 20 cm deep. On the bottom is put some drainage material, expanded clay or sand. To create flower borders, the individual plants should be placed at a minimum distance of 20 cm from each other.

Parisian geraniums can also be combined with other sun-loving flowering plants such as: petunia, purslane, dwarf lantana, gazanie and Dimorfoteca plants etc. 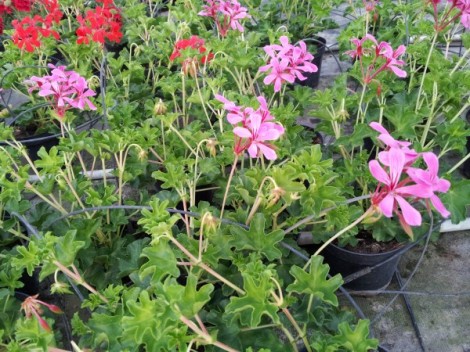 The pruning of geraniums should be done on old and damaged branches. For further information: guide to pruning geraniums.

This splendid geranium is grown mainly in pots and hanging baskets to embellish the balconies and terraces of your home.

The container, pot or planter, should be filled with acid soil, rich in organic matter and drained at the bottom with a layer of expanded clay or other draining material. In a 60 cm long planter you can plant 2 Parisian geraniums.

Irrigation must be constant and abundant throughout the vegetation period, while avoiding water stagnation in the saucer which, as is well known, can cause fungal and bacterial diseases if they continue for long periods. In winter, Parisian geraniums enter a phase of rest and hibernation so they do not need water and watering must be suspended and the pots protected from the elements, perhaps moving them to a protected place.

Periodically and as the plant grows, you need to repot the geraniums again: Guide to repotting geraniums. Repotting should be done in May using a slightly larger container of fertile, slightly acidic and well-drained soil. During repotting, it is good to remove a large part of the old soil that surrounds the root system in order to promote better aeration, water and fertilizer absorption.

Video how to repot geraniums

Pests and diseases of Parisian geraniums

The ivy geranium as the geranium pelargonium fears:

Cures and treatments of Parisian geraniums

To favor a regular development of the roots, the preferred pot must be green as the darker one such as black, the soil heats up too much due to the greater absorption of solar rays.
The plants must be cleaned of dry leaves to avoid that by rotting they can become a vehicle for fungal diseases. To avoid root rot, the saucers should be emptied.

In the areas of Northern Italy, in winter the plants must be protected from cold and frost.

Any parasites can be eradicated by spraying the leaves with biological pesticides that are not harmful to useful insects such as the pesticide with garlic, nettle or Neem oil or wormwood macerate. The branches infected with the licenide were cut and burned. 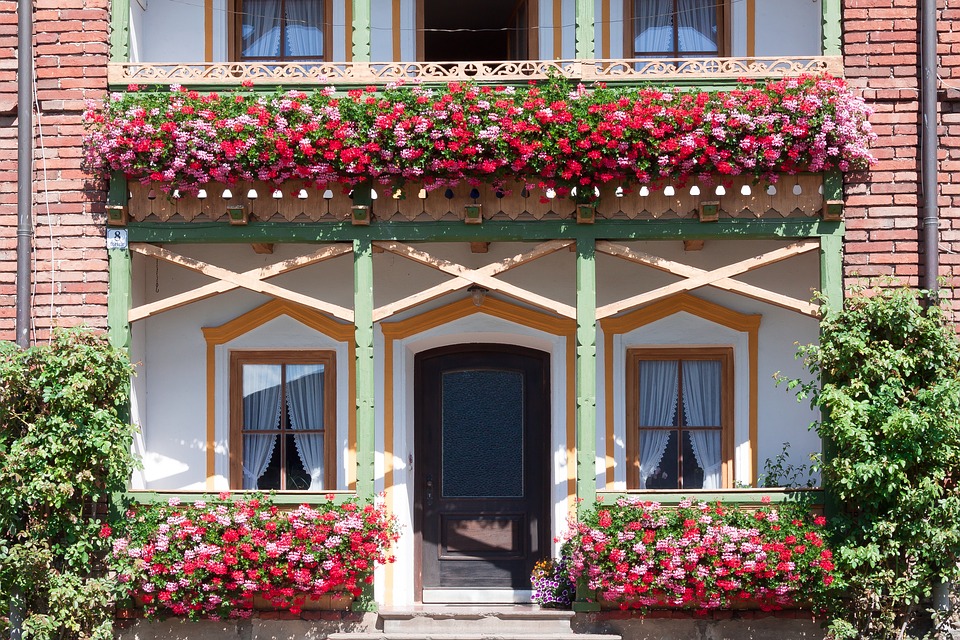 Parisian geraniums are used as ornamental plants to create borders in flower beds, in pots to embellish balconies and terraces.

THE geraniums are not poisonous or toxic plants for humans or pets such as cats and dogs.

Indeed they are among the edible flowersme more precisely edible, used for the preparation and decoration in various recipes including omelettes, ricotta and cheeses, risottos, sorbets, wines, digestives.

In aromatherapy the active ingredients are used as anti-inflammatories, antiseptics and the treatment of nervous system disorders, such as depression.
Essential oils of geranium are used to treat blisters, minor burns, sore throats and neuralgia.

The generic name geranium comes from the Greek geranos. The scientific name instead is Pelargonium peltatum Ville de Paris.