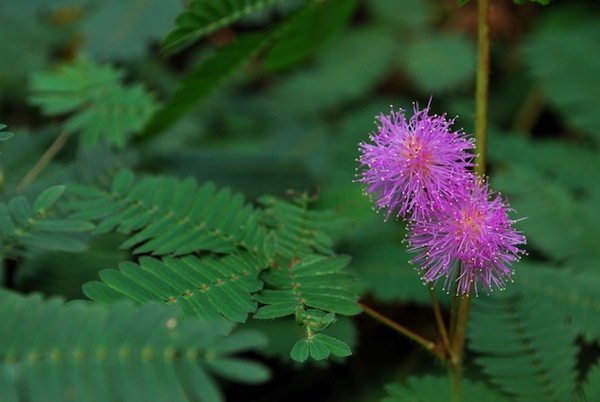 There mimosa pudica it is a plant cultivated for ornamental purposes in pots and in the garden for the ethereal beauty of its flowers and for its very decorative sensitive foliage.

Characteristics of the Mimosa Pudica

There Mimosa pudica also called pink mimosa or mimosa Martin-delcampoi it’s a evergreen plant small size native to South America belonging to the Fabaceae family (Leguminosae). In Europe, including Italy, the mimosa pudica is grown as an ornamental plant respecting some cultural precautions.

The aerial part is formed by thin erect or drooping stems of a brown-reddish color covered by a thin hair and small aculeate thorns characteristic of Mimosaceae such as mimosa and robinia. The stems age and take on a woody consistency. 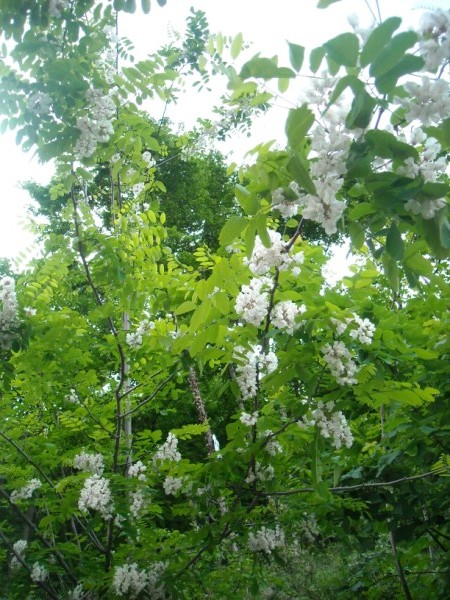 The leaves pinnate and light green in color, they are composed of 12-25 pairs of small flattened elliptical leaflets that fold up during the night or if touched with the hand, a phenomenon known as tigmonastia (response to a stimulus). For this peculiar characteristic this shrub is called mimosa pudica.

THE flowers, very decorative, are spherical feathery flower heads of a deep pink color that originate at the axil of the leaves.

THE fruits light brown in color are pods, gathered in clusters, which hold the seeds.

The seeds, 2-4, per pod, are flattened dark brown discs that, falling to the ground, germinate giving life to new plants. They can be collected and used for planting.

The mimosa pudica blooms in summer in the period July-September. 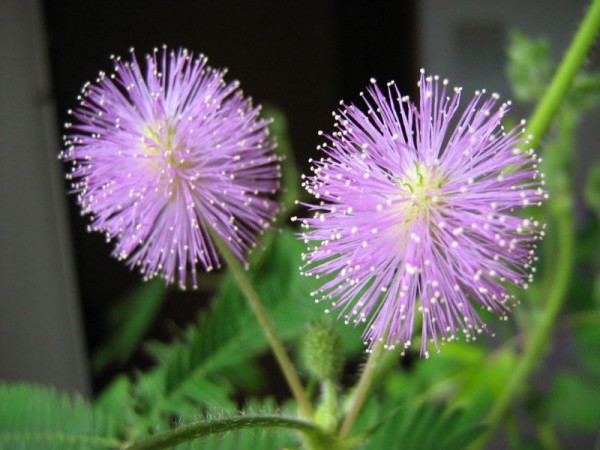 The mimosa pudica requires sunny exposures, at most semi-shaded. It loves the temperate climate and can’t stand cold and frost.

You may be interested in: Plants and flowers IKEA 2020: decorating with love

It is a plant that adapts to any type of soil, even the common garden one, even if it develops strong and luxuriant in the soft, loose, humid and well-drained one.

Mimosa pudica plants grown in pots need universal soil mixed with the same amount of peat and a part of sand.

From the vegetative restart until autumn it should be watered regularly with water at room temperature and intervening only if the soil is dry in depth. In winter, watering must be suspended or practiced occasionally with little water to prevent the soil from being totally dry.

In spring, once a month, administer liquid fertilizer for flowering plants, rich in nitrogen and potassium, mixed with the irrigating water; at the end of winter, administer mature manure at the base of the shrubs to help the plant better tolerate the rigors of winter.

The mimosa pudica plants can also be grown in pots using a mixture composed in equal parts of universal soil, peat and a part of sand. Exposure at home or outside must be bright but not in direct sunlight to avoid sunburn on the leaves. If grown as a houseplant, it should be exposed for at least 6 hours a day to light filtered by a clear curtain. It should be watered with water at room temperature (cold water causes the leaves to yellow) when the first 2.5 cm of soil are completely dry and a good way to check this is to insert a finger into the substrate.

The sensitive Mimosa should be repotted when the root system has occupied all the space at its disposal in the container, usually every year at the end of winter. The new pot must be larger and deeper than the previous one and the fresh soil mixed with some organic fertilizer, home compost or ground lupins. When the plant reaches dimensions that are difficult to contain, it is a sign that it is time to plant it in the ground. 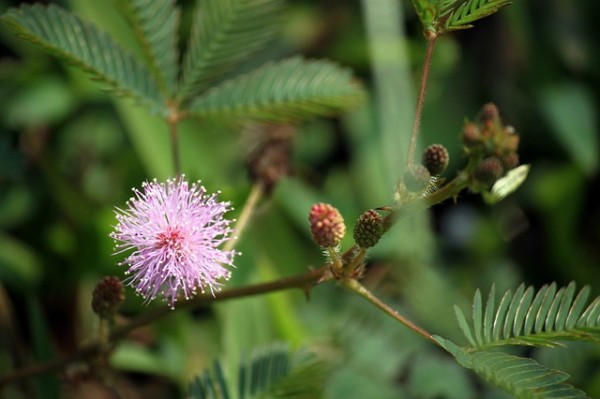 The Mimosa pudica propagates by seed and by semi-woody cuttings.

Sowing should be done in spring using universal soil mixed with peat and sand, always kept humid until germination takes place, which will take three or four weeks.

When the young seedlings born in the seedbed are 5 cm high, they must be repotted in small single pots, initially 8-10 cm in diameter and placed in a bright place but sheltered from direct sunlight, also having the foresight to keep the soil constantly moist. .

In summer, take semi-woody cuttings of branches of the year and root them in peat and sand soil until rooting and then plant them in the ground or in individual pots to enjoy their flowering from the first year. Rooting of the cuttings will take 40 days. 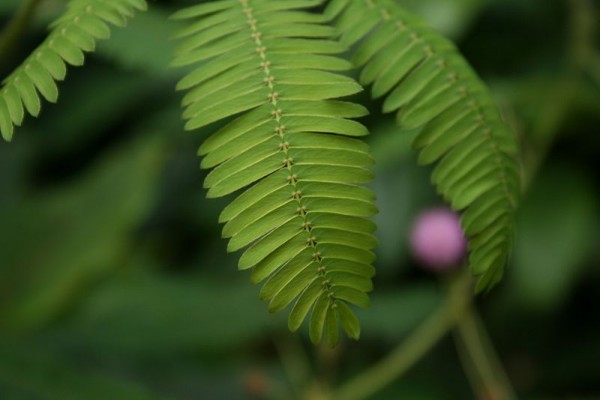 After flowering, dry and damaged branches must be eliminated, those that are too long should be shortened to give harmony of shape to the foliage. The cuts must be oblique to prevent water from causing fungal infections and the shears used for pruning must be disinfected with a flame or with bleach.

Diseases and parasites of mimosa 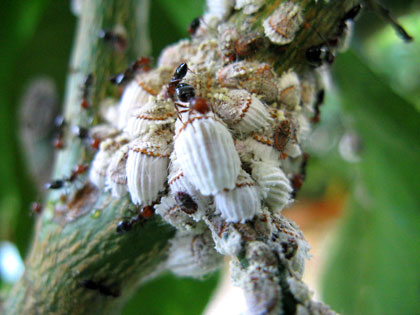 In areas with very harsh winters it is advisable to protect the root system of Mimosa pudica with a light mulch of dry leaves or straw and then remove it in the following spring or when the risk of frost is definitively averted.

Pesticide treatments should be applied at the first signs of infestation by spraying the foliage with specific products, preferably organic. Infestations of aphids can in fact be fought with the garlic pesticide, the macerate of nettle or nebulizations of water and potassium soap. To eliminate the spider, on the other hand, it is sufficient to wash the hair with water only, after sunset.

Mimosa pudica and the language of flowers

In the language of flowers and plants, Mimosa pudica is considered the symbolic plant of shyness and modesty.

The leaves of Mimosa pudica contain poisonous substances that are potentially dangerous if ingested especially for curious cats who delight in playing with the sensitive leaves of this plant.

Mimosa pudica, also called sensitive plant, is a plant with memory that reacts to stimuli and memorizes dangerous situations. This peculiar feature is still the subject of studies and in-depth experiments today. For botanical experts it is a simple natural defense mechanism that closes its leaves in case of strong wind, rain, excessive heat, attack by insects that feed on leaves or if it is man who stimulates them with the touch. Those responsible for this function are pads or pulvins present at the base of the leaves and petioles.