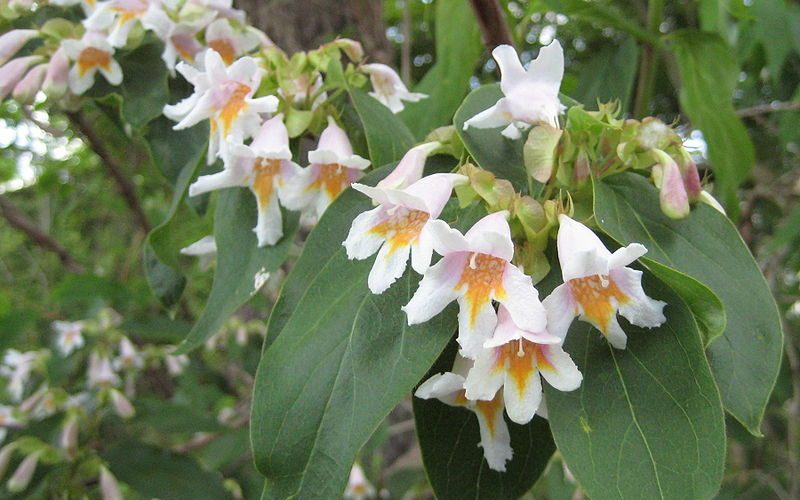 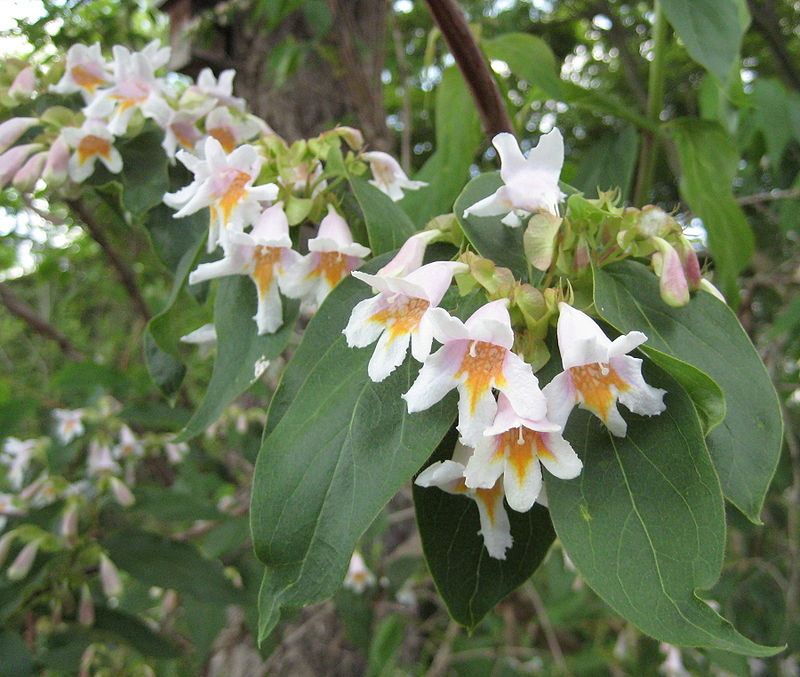 There Dipelta It is a shrubby plant with a high ornamental value, appreciated for its spectacular flowering and for its ease of cultivation in the garden and also in pots.

General characteristics of the Dipelta floribunda

The Dipelta genus includes four species of shrubby plants of the Caprifoliaceae family all originating in China and cultivated in our latitudes as ornamental plants. In Italy the most widespread species is the Dipelta floribunda.

There Dipelta floribunda it is a very long-lived plant (about 100 years) but characterized by a very slow growth. In fact, after about 20 years of life it forms dense shrubs 2.5 wide and even more than 3 meters high if the pedoclimatic conditions are adequate for its needs.

It has a strong and deep tap root from which semi-woody erect branches originate at the base and herbaceous at the ends. The sturdy and vigorous sturdy branches are covered with a gray scaly bark that tends to reddish in winter. 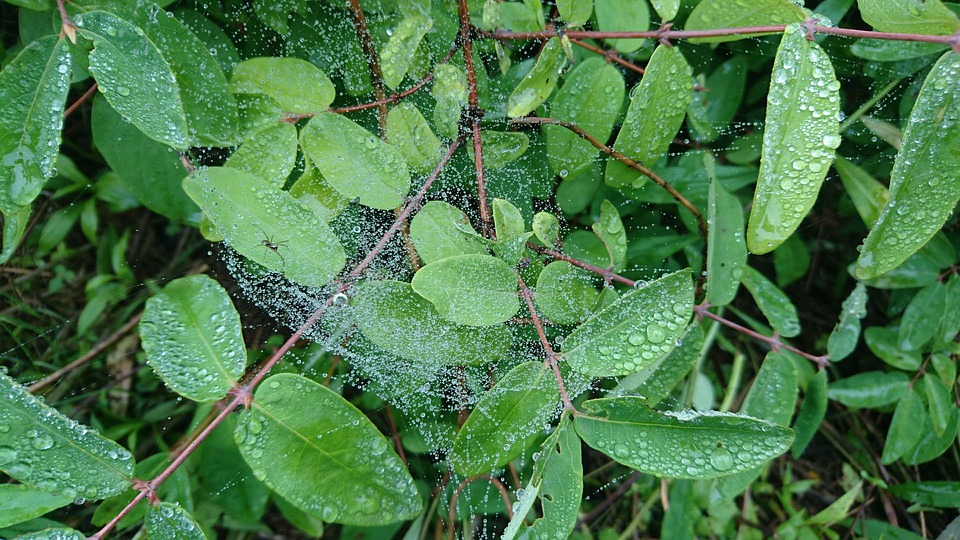 The leaves are opposite; they have an ovate-lanceolate shape, variously innervated light-dark green lamina, smooth or slightly wavy margin.

THE flowers, fragrant and numerous, are gathered in groups from 2 to 6 in cluster inflorescences that sprout on the branches of the previous year. Each flower. about 3 cm long, it is funnel-shaped with pale pink petals and a yellow-orange throat. Pollination is entomogamous and occurs mainly by bees. 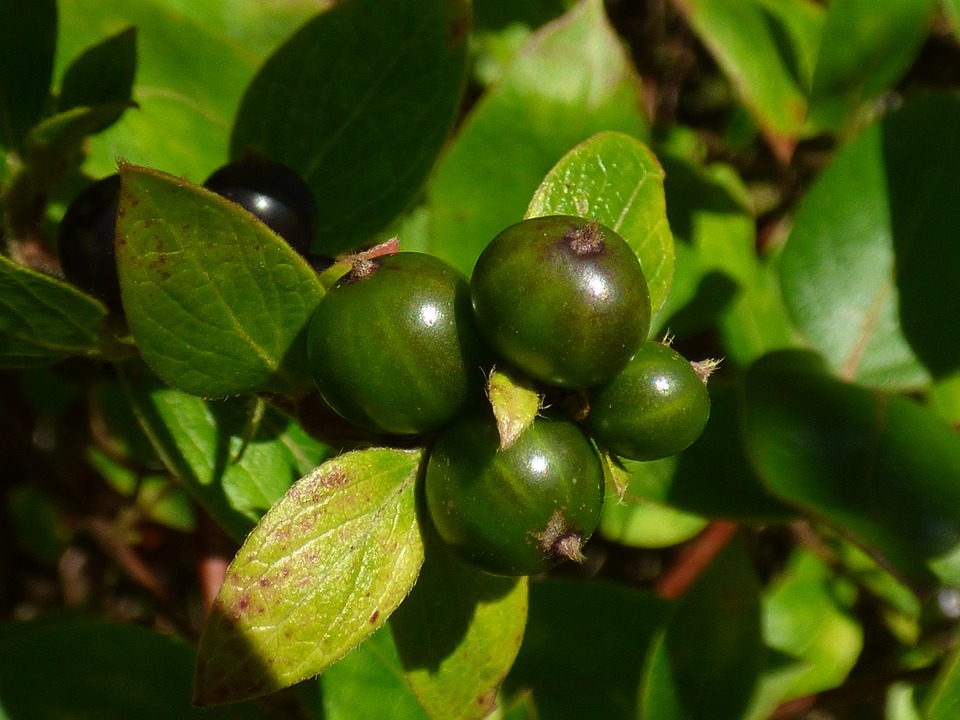 THE fruits, which ripen after flowering, from August to September, are hairy and thorny ovoid capsules containing small seeds dark brown in color. 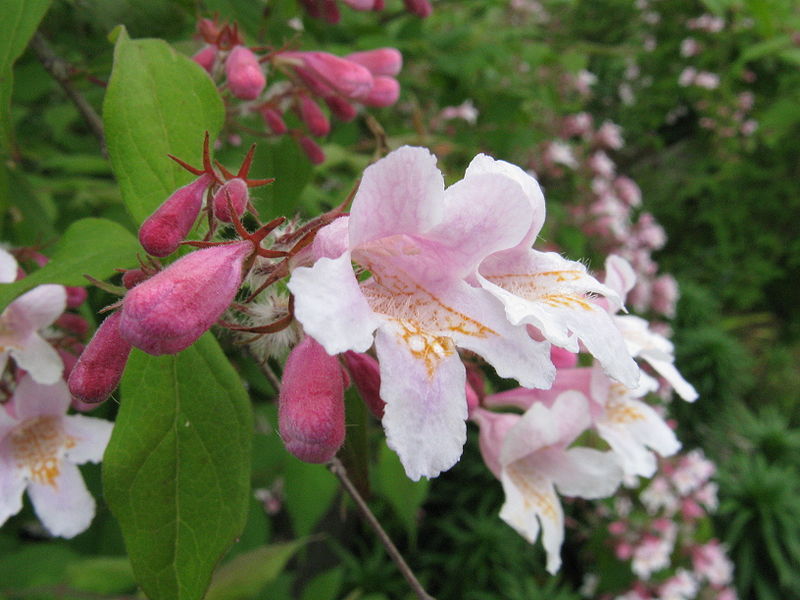 It develops quite strong and vigorous even in partial shade but to produce a copious flowering it needs exposure in full sun and possibly sheltered from the wind. It tolerates very well the hot sultry climate of summer up to 40 ° C, and in winter, a period of vegetative rest, it resists it to rigid temperatures close to -10 ° C, if the base of the bush is protected from the winter frost with a light mulch of straw or dry leaves.

It is a plant that loves loose soil mixed with sand and above all well-drained. The ideal growing medium must be fatty, clayey and above all rich in organic matter. It does not tolerate acidic soil but one with neutral or alkaline pH.

The young plants of Dipelta need a constantly humid substrate from the moment of implantation and therefore watering must be frequent but not too abundant. However, adult specimens should be regularly irrigated during periods of prolonged drought and during the flowering period. Dipelta plants grown in pots should be watered regularly throughout the vegetative period from March to late October.

The plant should be fertilized in spring and autumn with mature manure. Subsequently, from March to October, monthly fertilizations with a ternary fertilizer rich in nitrogen (N), phosphorus (P) and potassium (K) will be sufficient.

The plant is also grown in pots as long as the size allows. A tall enough container is used to allow harmonious development of both the root and the aerial part. As a substrate a mixed compound of garden soil, sand and drainage material for the bottom. As far as watering is concerned, they must be practiced regularly throughout the vegetative period that goes from March to late October. 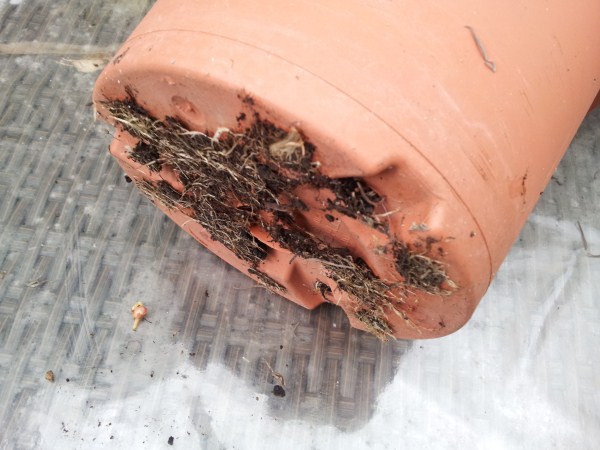 Dipelta plants grown in pots need larger containers than the previous one and new and fresh soil every time the roots come out of the drainage holes of the draining water. New larger pots are gradually used up to the point in which it will be possible to easily repot. When, on the other hand, the size of the pot will be such as not to allow further repotting, we intervene by removing 2-3 centimeters of surface soil and immediately replacing it with a new, soft and fertile one. A good alternative

The plant reproduces by seed but can be propagated more easily by agamic way by cutting and by division of the tufts.

To obtain plants with the same genetic characteristics, propagation by technical cuttings is used, which is carried out in summer by taking apical portions 8-10 cm long with well-sharpened and disinfected shears from the branches of the year that have not produced flowers.

The cuttings of semi-mature wood, taken in summer between July-August, they are to be rooted in a mixture of peat and sand in equal parts, in a cold greenhouse.

Once rooting has taken place, that is when the new plants are vigorous enough, they can be transferred individually to the pots and reared in them until the moment of implantation.

In March-April, the rooted cuttings are planted in the nursery where they remain until autumn, when they can be planted outdoors.

In October, cuttings of mature wood, 30 cm long, can be taken from the most vigorous branches and buried outdoors or in the nursery, where they will remain until the following year, when they will be planted.

In autumn, the basal suckers bearing well developed roots are divided; they are buried at the moment of collection in single pots containing a mixture of peat and sand. The new plants thus obtained can be planted one year after the roots take root.

Permanent planting is carried out in autumn-spring, in October-November or in March, in sheltered, sunny or partially shaded positions. The plant must be buried in a deep hole about twice the size of the bread of earth that surrounds the root system, generally it must be about 50 cm x 50 cm and 40 cm deep. The cultivation soil must be worked thoroughly and, before planting, it is a good idea to fertilize by administering mature manure covered with a light layer of sand to the bottom of the hole to isolate the roots from the dripping water from the irrigation.

The elegance of the Dipelta is further enhanced when combined with other ornamental plants that bloom in the same period such as:

The Dipelta does not require real pruning as the flowers are brought from the branches of the year. To contain the development, to favor the basal stumbling and to give it a harmony of shape, it is however advisable to shorten the withered branches by about 1/3 of their length, using, as mentioned several times, well-sharpened and disinfected shears. flame or bleach. Pruning should be done after flowering to avoid cutting off the floral shoots. The internal branches are thinned to favor ventilation and sunshine even in the parts less exposed to light. Dry branches are cut a few centimeters from the ground. 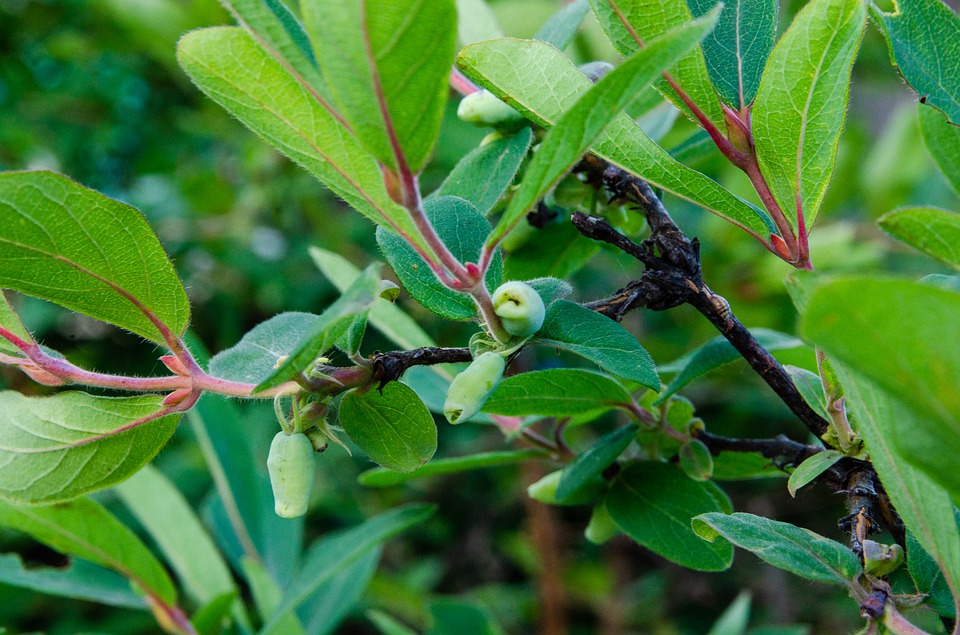 Parasites and diseases of Kolkwitzia

It is a shrub resistant to common animal parasites such as aphids and scale insects and to fungal diseases such as rust.

However, it fears root rot if the cultivation substratum is not well drained and bad white or powdery mildew if the climate is excessively humid or rainy.

Pesticide or fungal treatments should only be done in case of need. In climatic areas characterized by frequent rains, a preventive treatment against white sickness is recommended.

This species, like Dipelta floribunda, is widespread and cultivated in almost all Italian regions. It forms bushes 3-4 m high and 2-3 m in diameter. It is a vigorous shrub similar to the other species but of higher ornamental value. It has leaves, ovate-lanceolate but narrower: the leaves show evident veins, are shiny and dark green. Between May-June it produces flowers, funnel-shaped, with rounded lobes, 2-3 cm long, cream-colored and suffused with pink. It is a deciduous species very resistant to cold.

It is a rarer species always native to China. In full development it forms bushes up to 3-4 meters high and even more than 3 meters wide. It differs from Dipelta floribunda for the production of longer tubular flowers of a pink-lilac color.

Dipelta plants are used in gardening as single elements and to create for mixed hedges also in coastal gardens and public parks. or flowering. 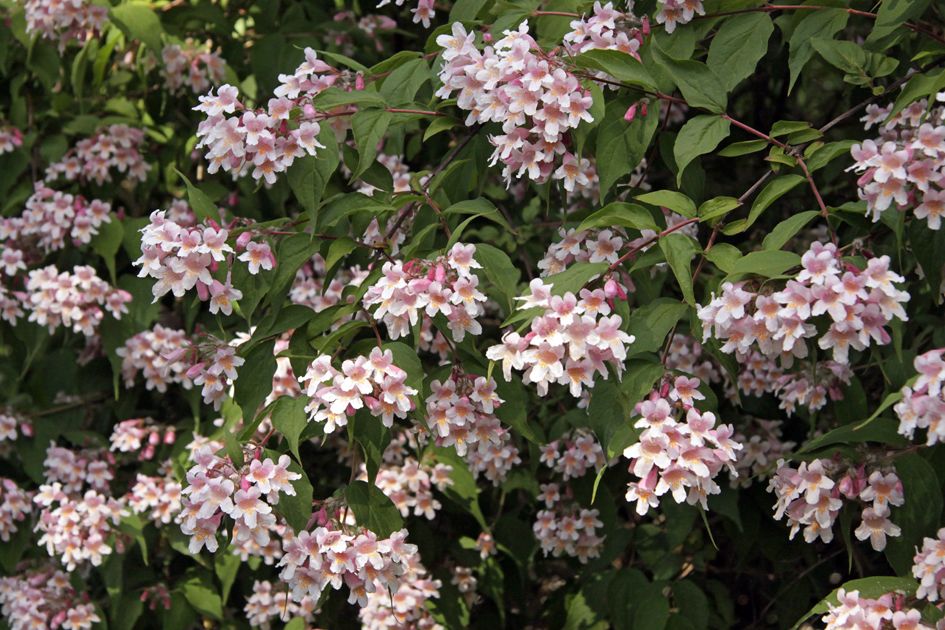 A very similar plant belongs to the same family of the Dipelta, the Kolkwitzia.

Which synonyms for pretty would be good to describe a rainbow?

Which synonyms for pretty would be good to describe a rainbow? flashy, garish, gaudy, loud, showy, splashy. Then, What rainbow means hope? A rainbow is often a sign of hope, the beauty after the storm, a pot of gold and...

What’s the rarest eye color? The production of melanin in the iris is what influences eye color. More melanin produces a darker coloring, while less makes for lighter eyes. Green eyes are the rarest, but there...