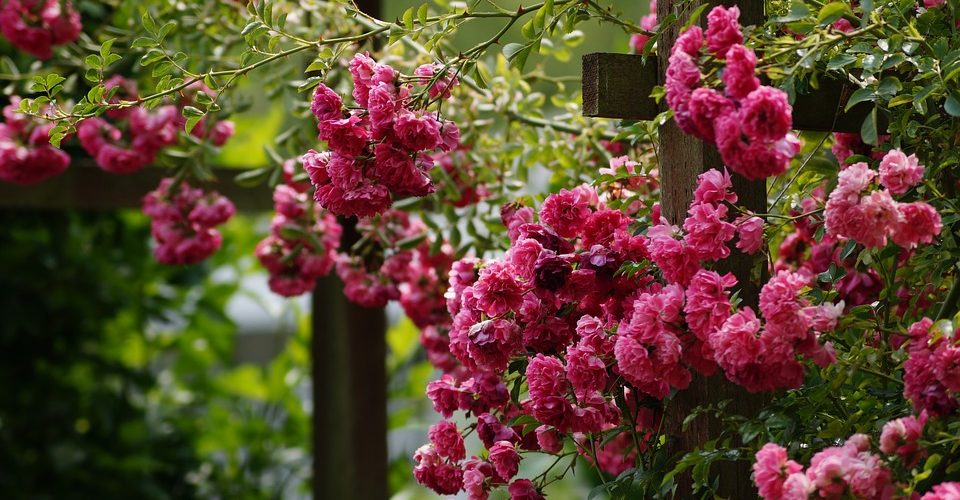 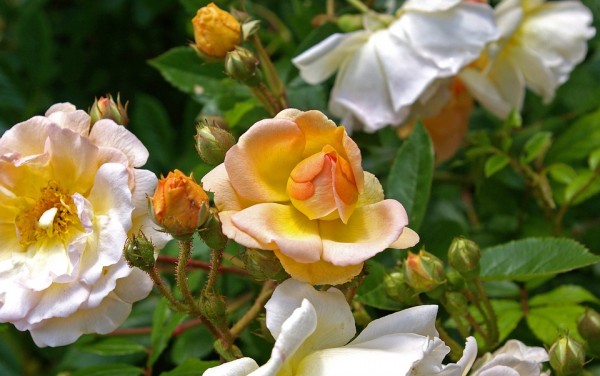 The climbing roses for their splendid e prolonged flowering they are the most cultivated ornamental plants in the garden close to walls, gazebos and along the fence railings. 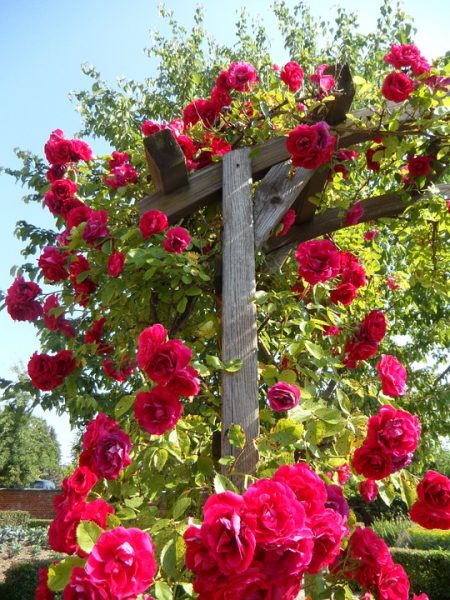 The Climbing roses they are shrubby plants belonging to the Rosaceae family characterized by sarmentose stems composed of semi-woody, branched and thorny stems.

The leaves compound and toothed margins are dark green. 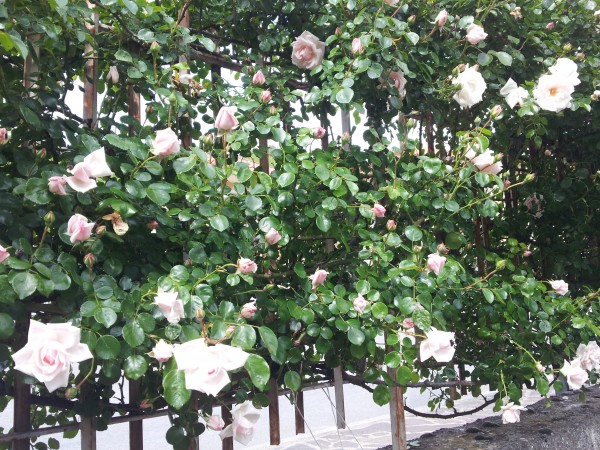 Read also: Climbing plants: here are those also suitable for the balcony

THE flowers, solitary or gathered in corymb inflorescences, they are formed by numerous petals whose number and color varies according to the species. 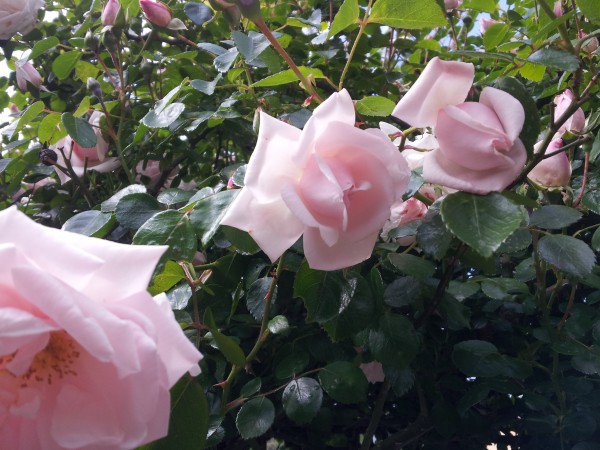 THE fruits of the roses are i rose hips, very decorative elements that differ in shape and color. 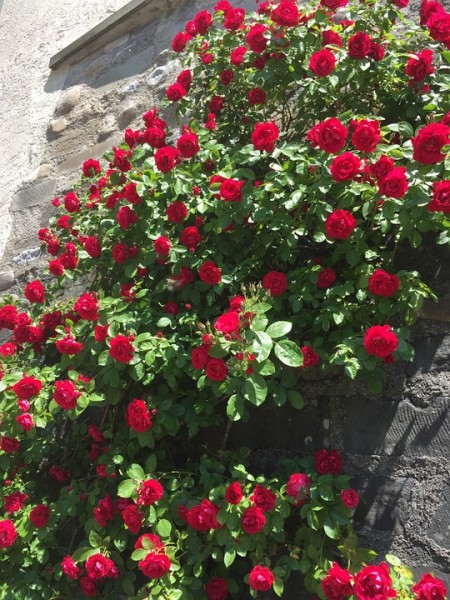 They prefer fertile, calcareous, medium-textured and well-drained soils. The ideal soils are slightly acidic ones with an ideal pH of 6.5 / 7 but also adapt to alkaline soils.

From March onwards, fertilize bush roses and climbing roses every 20/30 days with specific fertilizers for roses rich in phosphorus (P) and potassium (K). The fertilizer in granular form must be buried at the foot of the plants at a depth of about 15 cm. The recommended dose is 20-30 g per plant. After fertilization, water abundantly. 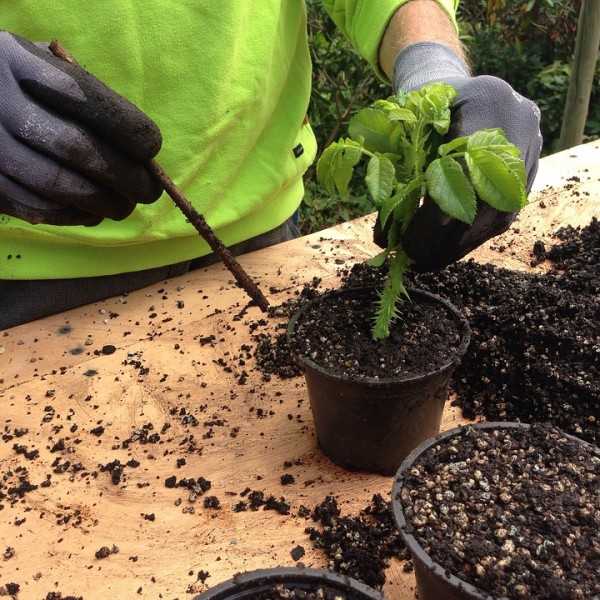 The climbing roses grown in pots represent an interesting choice among the plants used to embellish the terrace of the house with a cascade of green, color and perfume.

In this type of planting, the rose uses the iron railing of the terrace of the house as a support to develop and it is good to choose a pot of at least 50 cm in diameter to allow one growth free of explants until the plant is equipped with a sapling stem.

It is necessary to ensure the right drainage to avoid root rot, using where possible terracotta pots in place of the plastic ones or remedying with a bottom of about 7 centimeters composed of expanded clay or earthenware shards. The pot should be filled with quality soil at pH 5.5 – 6 composed of about three parts of coarse and fibrous blond peat and one part of clay and an adequate dose of slow release organic fertilizer. The specific granular fertilizer for rosaceae must then be administered at least twice a year. A first fertilization is carried out at the end of winter (March – April) and the second between August and September. As for the care of climbing roses in pots, these do not differ from those for roses grown in the ground.

Climbing roses should be repotted every year at the end of winter. For a consequent repotting a container with dimensions ranging from 60 to 80 cm is used. Subsequently, instead of repotting, annually, the surface soil will be removed, replacing it with an equal quantity of new, fresh, always specific for potted roses.

Roses reproduce by cuttings of lignified lateral shoots placed to root in a box at the end of summer or by grafting in spring. 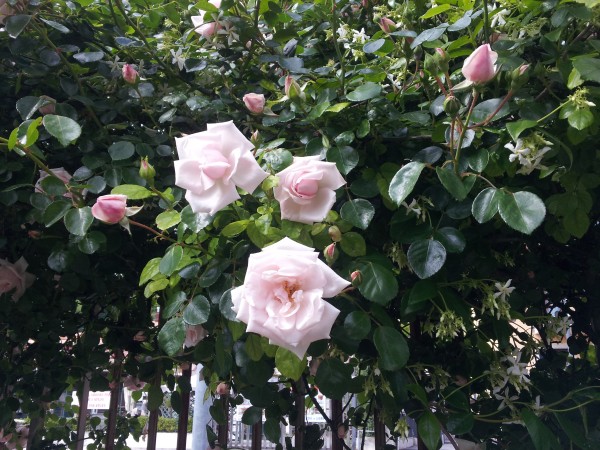 The planting of the roses must be carried out at end of winter and the deadline for roses with limited budding is the month of March.

The planting holes must be able to accommodate the well-enlarged root system. 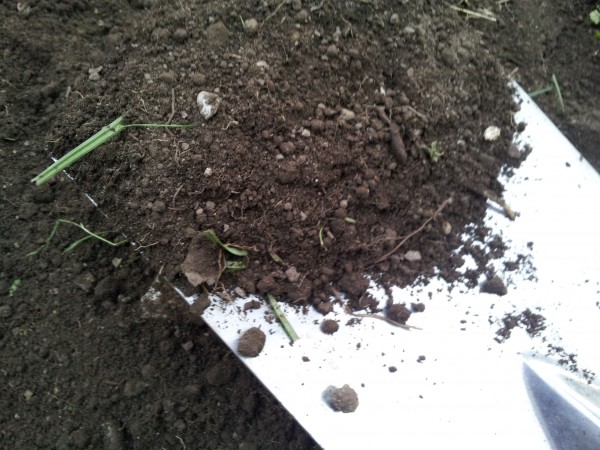 The covering soil must be well compressed and the grafting point, once the plant is completed, must emerge free on the surface.

After planting, water and lightly mulch with compost or coniferous bark if the danger of frost is not yet averted.

To favor the development of lateral buds and new shoots, top off the apical parts of stems below the first leaf composed of 5 leaflets. 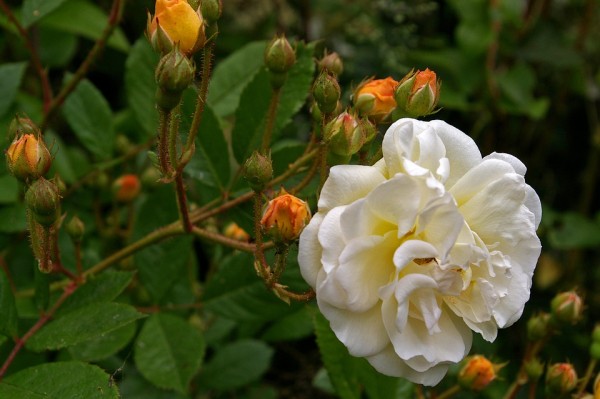 Pruning of roses is usually done in month of February. In March if dry or damaged branches need to be pruned.

Climbing roses should be pruned leaving 3-4 basal stems distributed in a fan shape. The lateral branches should be cut up to 10 cm in length.

The sarmentose roses instead require light pruning as the flowers appear on the branches of the previous year. 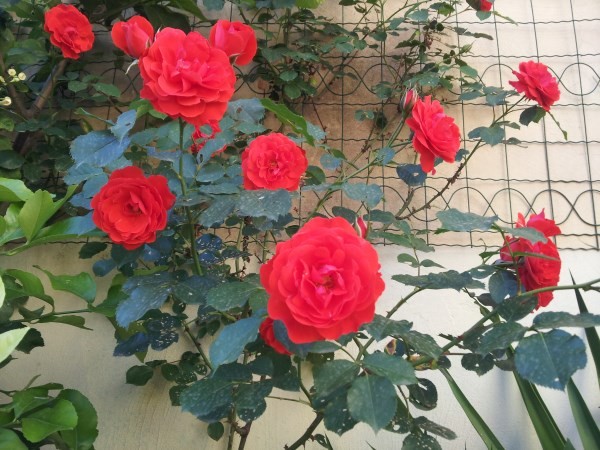 Pests and diseases of climbing roses

Many varieties of roses suffer from the attack of fungal diseases such as: scab, 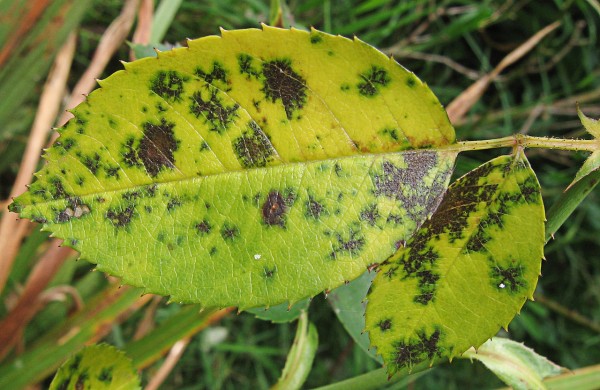 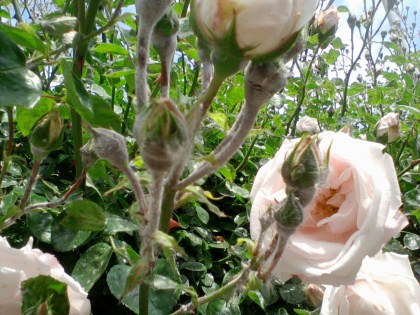 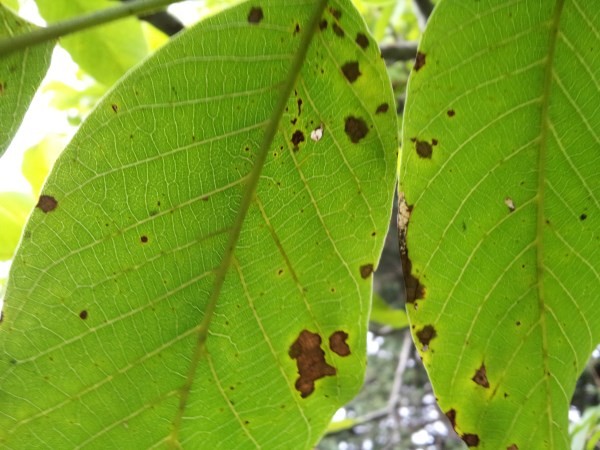 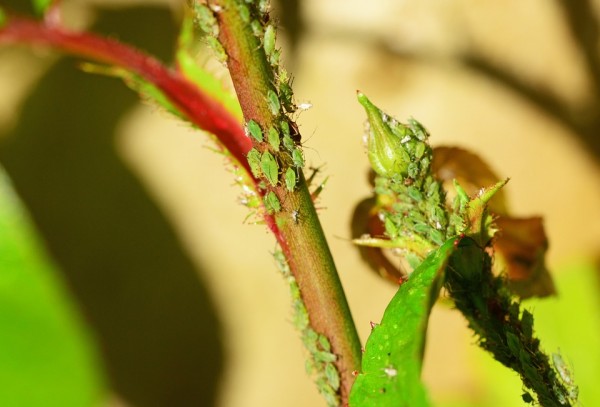 Among animal parasites, they fear attacks from aphids and argidae (hymenoptera larvae). 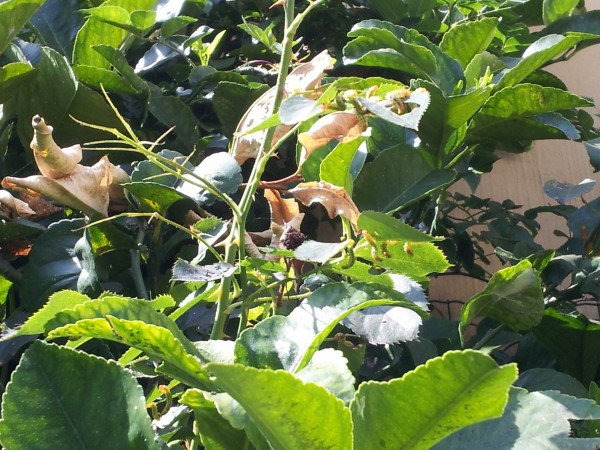 In March, carry out preventive treatments with pesticide products based on copper and sulfur or those based on natural pyrethrum.

In case of infestation, intervene manually, removing the larvae by hand or cutting off the affected leaves and then burning them. 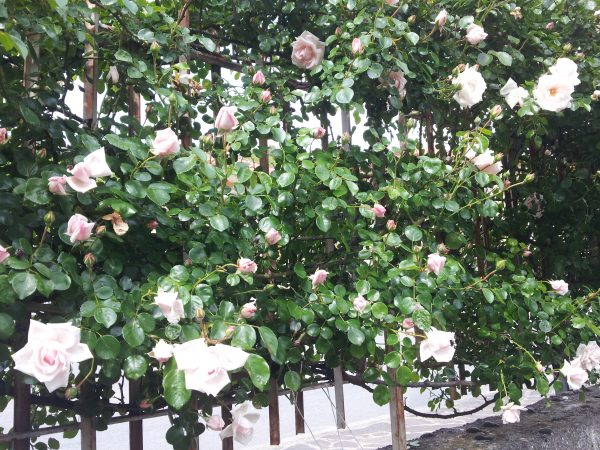 This variety includes roses (Alberic Barbier, Francoise Jouranville, Anna Coi, Andrea Palladio, Venusta Pendula, Zaira), very decorative, large in size and characterized by abundant blooms during the summer period. Rambler climbing roses have thin branches about 5 meters long which in full bloom are covered with small to medium flowers, gathered in lax and soft groups. They only flower once a year and generally don’t need to be pruned.

Among the most known and appreciated rambler roses we remember:

Climbers are very vigorous climbing roses that can exceed ten meters in height. They have stiff stems that spread out like a fan and differ from Ramblers in that they are remontant varieties. They produce larger flowers and in order to develop they need supports and supports. They must be pruned every year in order to stimulate the production of new shoots. The most popular varieties are: Ann Pat Ewen, Rosildea, Aureliana, Moscalbò, Millamy, Malabarist.

You use climbing roses

Climbing roses are widely used to cover the walls of fences, railings, metal arches, pergolas and in pots to embellish balconies and terraces.