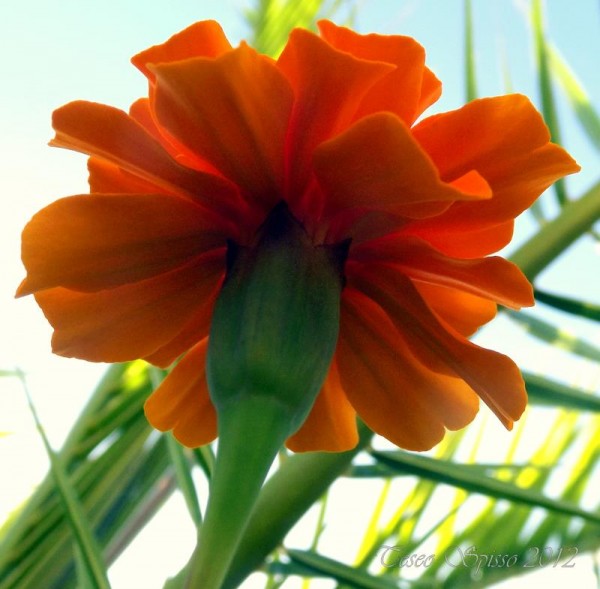 The carnation is a herbaceous plant grown for the purpose ornamental and as a cut flower. 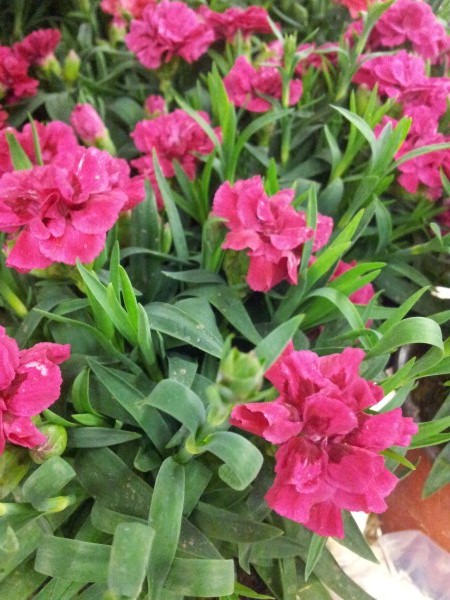 THE carnations they are annual or perennial herbaceous plants belonging to the Cariofillaceae family, cultivated in all the temperate zones of our planet.

Carnation plants vary in height between 5 and 100 cm. From the fasciculate root system, dense tufts are formed composed of green, angular and gnarled stems covered with beautiful green foliage.

The leaves, opposite linear or lanceolate, they are rigid and hairless and sometimes covered with a greyish bloom. 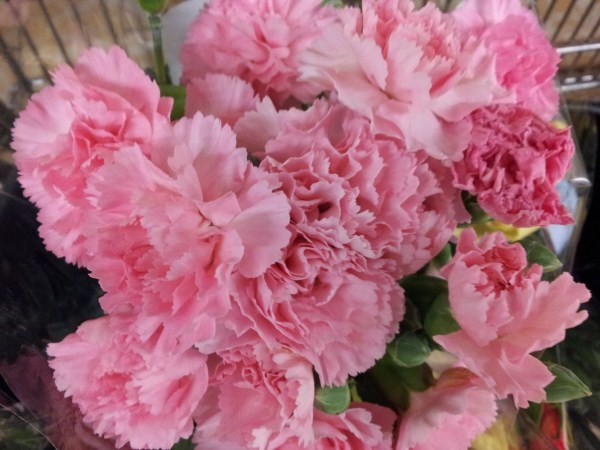 THE flowers, solitary or rhinitis in groups, they have a tubular and cylindrical calyx. The corolla of carnations varies according to the species and can be simple or formed by numerous fringed petals of white, pink, yellow, orange, red, scarlet, fuchsia, lilac color. Carnations with their delicate scent attract butterflies and pollinating insects. 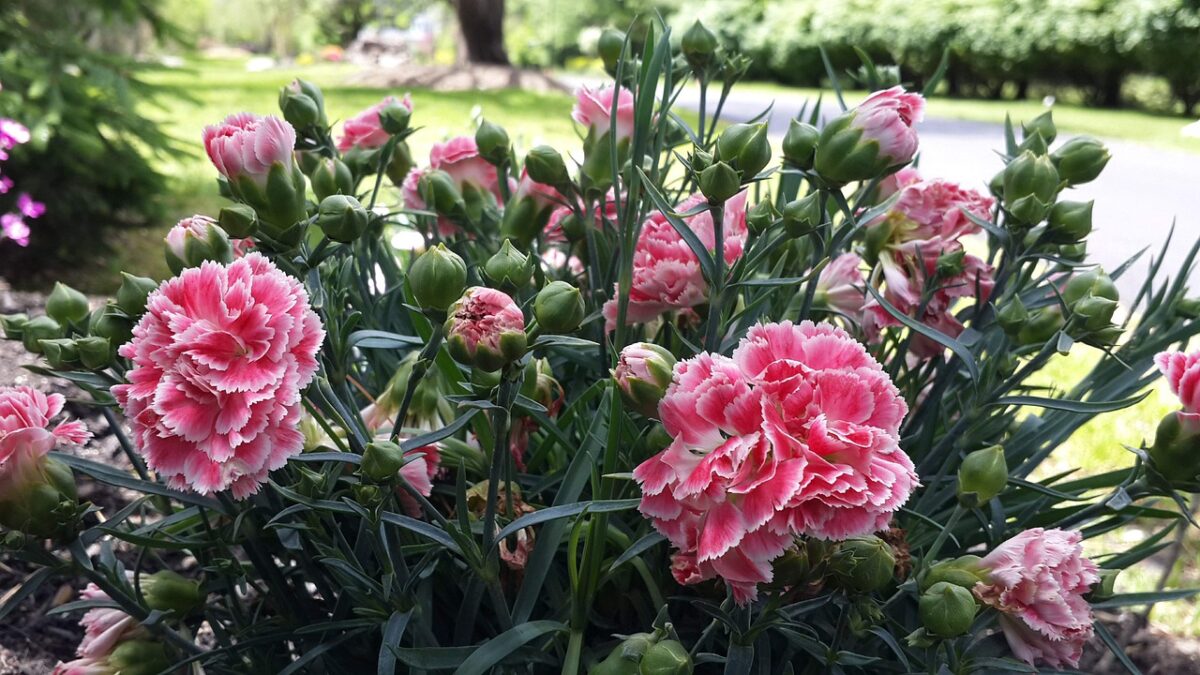 THE fruits they are unilocular capsules containing numerous dark seeds. 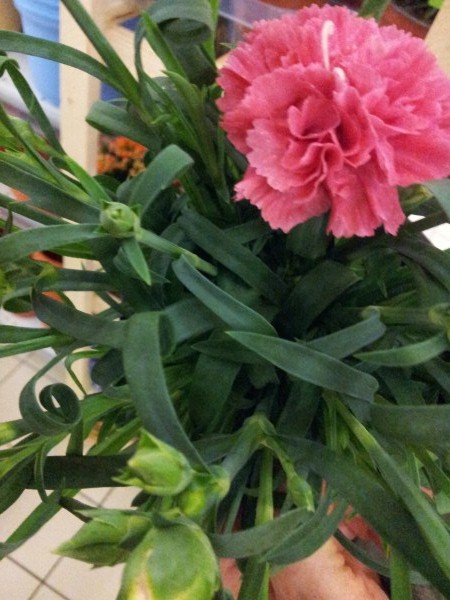 Carnations, depending on the species, bloom in the spring-autumn period. 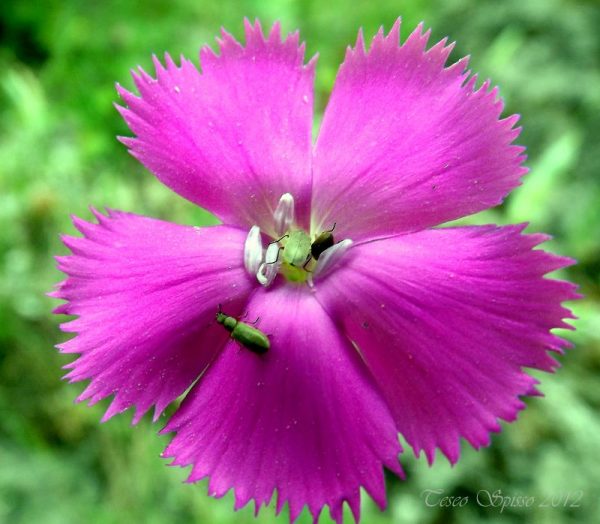 There are many varieties of carnations, some short-lived, others annual or biennial and still others are cultivated as perennial plants, in fact even if the aerial part dries up the plant in spring it rejects new stems and regains its vegetative vigor. 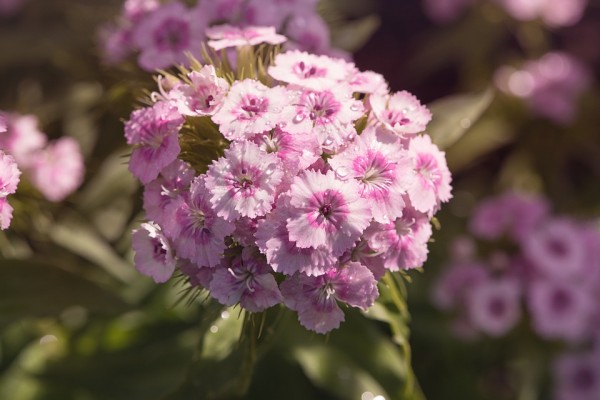 Among the most common species we remember the common carnation, G. caryophillus, the G. barbatus known as the poets’ carnation, and the intensely perfumed G. superbus. 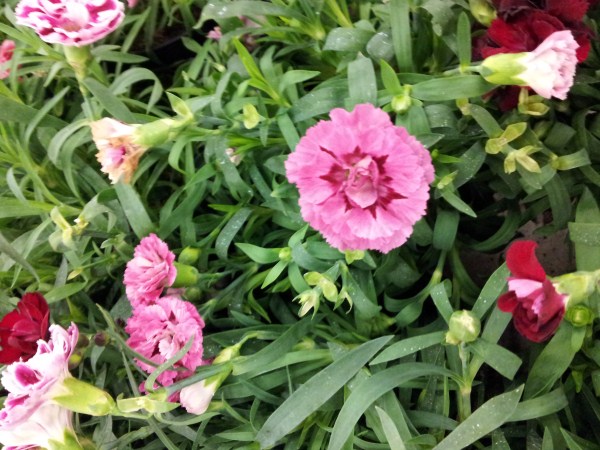 Carnations love sunny places sheltered from the winds and mild climate. It also grows well in partial shade as long as it is in a very bright place. The optimum cultivation temperature
it is between 10 and 20 degrees, which means that it may be necessary to move them from the inside to the outside and vice versa in some periods. If you place your pots on the balcony, the advice is to place them in a sheltered and shaded area: avoid direct sun because it could damage the plant and cause burns in the flowers. In winter, however, make sure that the temperature in the house is optimal.

It is quite resistant to drought but should be watered regularly after planting to favor initial rooting, more frequently during the flowering period and in summer when the soil tends to dry out easily. Water supplies must be completely suspended in winter, the season in which plants grown as perennials enter vegetative rest. 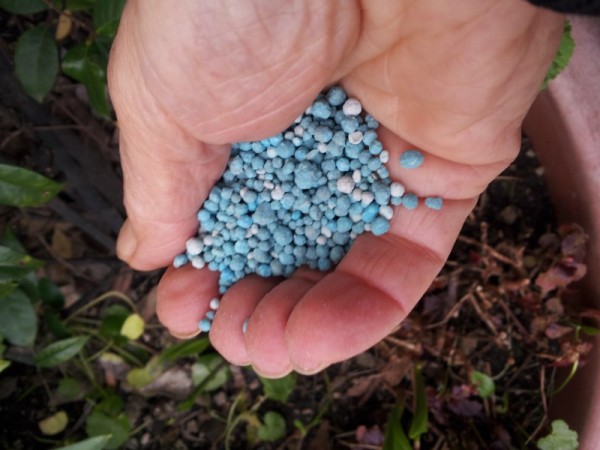 The perennial species must be fertilized in spring every 20 days with specific fertilizer for flowering plants, diluted in the watering, or every 3 – 4 months with slow-release granular fertilizer. 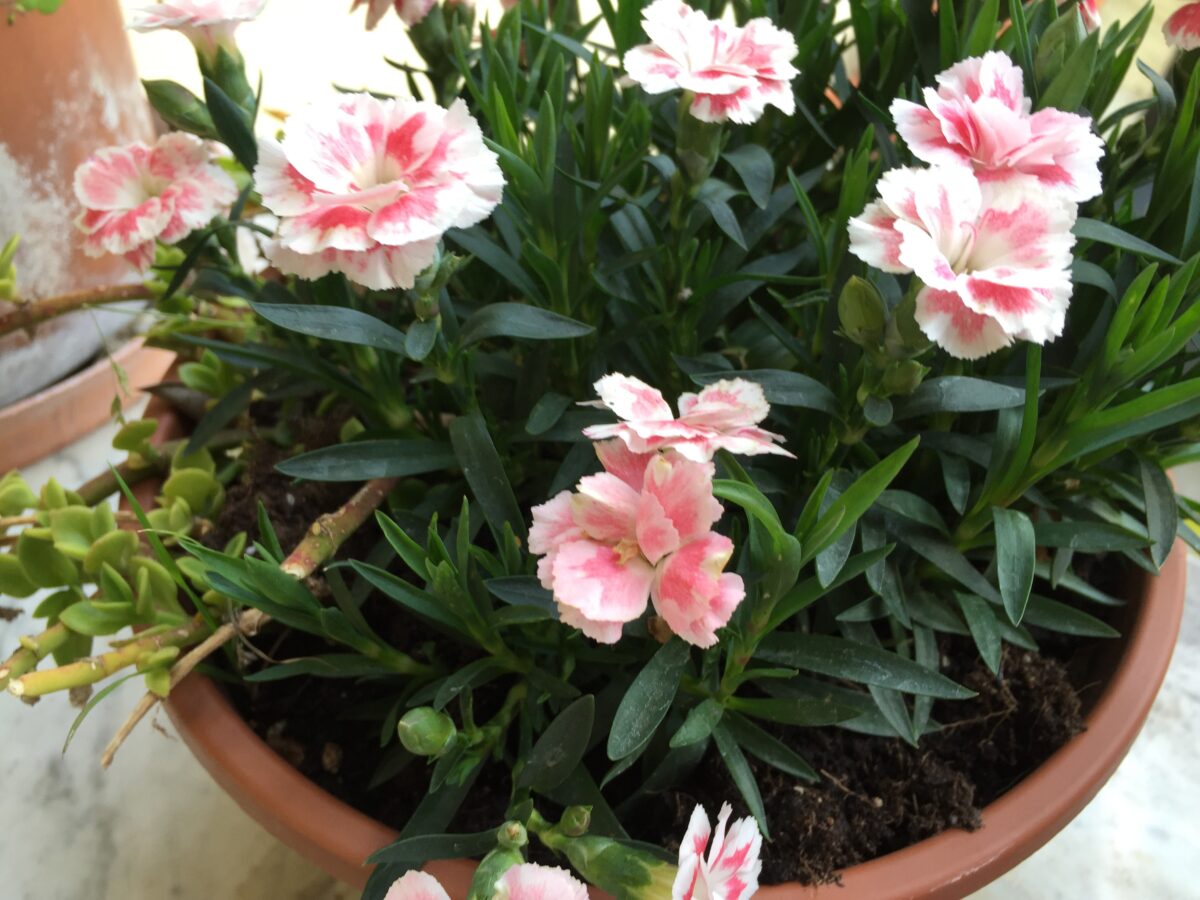 Carnations can also be grown in pots and planters. The pot or planter, in plastic or terracotta, must be filled with a specific soil for flowering plants of excellent quality mixed with coarse sand. In a 60 cm long planter, 3 plants can be planted at a distance of 20 cm from each other. The vase should then be placed in a bright area but not exposed to the direct rays of the summer sun to avoid burning the flowers. In winter, if the local climate is very harsh, it is better to move them indoors. 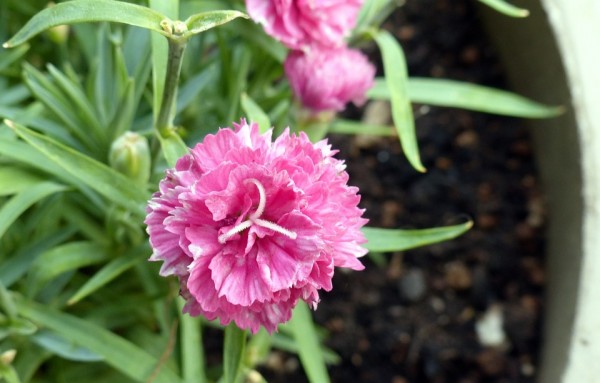 Carnations grown in pots require larger containers when the roots protrude from the drainage holes. Repotting is done in early spring using new universal soil, expanded clay as drainage material for the bottom and obviously a new pot, larger than the previous one. 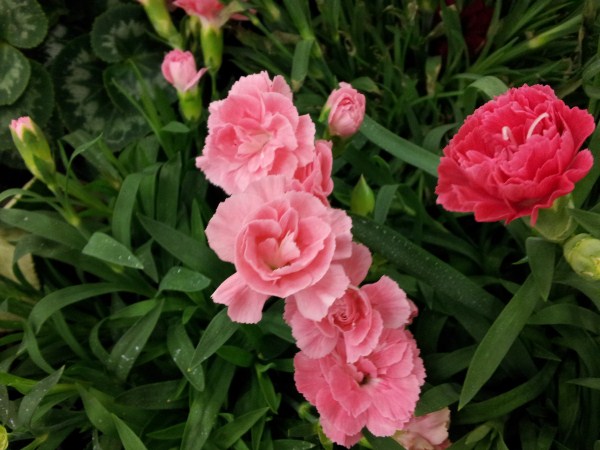 Carnations reproduce by seed, by cutting and by division of the tufts. 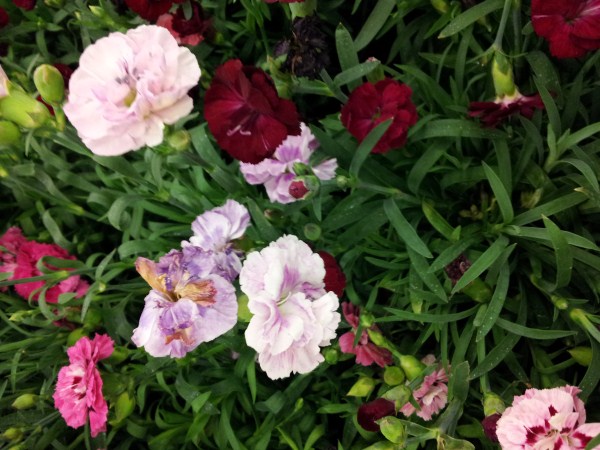 The sowing of carnations takes place at the beginning of March in a warm bed, in the open ground in April.

The seeds should be placed in the well-worked soil to a depth of 0.5 cm, 20 cm apart. The substrate must be kept humid with frequent nebulisations until the buds appear.

The cuttings carnations are carried out in winter.

The ends of the stems of a healthy plant are cut off below a knot. The lower leaves are eliminated and then implanted up to 1/3 of their length in a caisson containing coarse sand kept constantly humid. The container with the cuttings should be placed in a bright place, away from direct sunlight. Once rooting has taken place, after one month, the new plants can be planted permanently.

New carnation plants can be obtained by separating the more developed tufts. They are extracted from the ground and gently divide with the hands into well-developed roots bearing parts. Each portion must be buried immediately and watered abundantly.

Carnation or carnation plants burrow into well-worked, weed-free soil. The holes must be larger than the earthen bread; the plants are covered up to the height of the collar and then watered to settle the soil. If you intend to create a flower bed, the distance between the plants must be at least 30 cm.

Diseases and pests of carnations

Carnations fear the white sickness caused by excessive environmental humidity; they are sensitive to Fusariosis, a fungal disease which in young plants causes the rot of the basal part and in adult ones instead manifests itself with yellowing and withering of the stems and leaves. 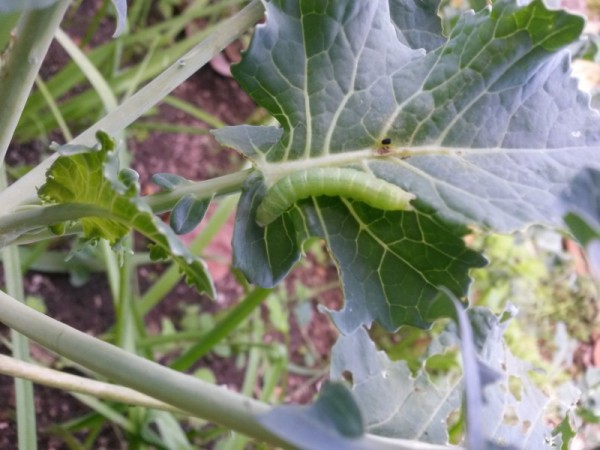 Among the animal parasites, carnations fear thrips, the larvae of the tortress and mites.

Tall varieties should be supported with stakes or nets. Weeding must be done regularly to avoid soil impoverishment. Antifungal and antiparasitic treatments should be carried out only in case of need at the onset of the first symptoms. using specific products, preferably not harmful to pollinating insects, to be carried out early in the morning or after sunset.

There are many varieties of carnations, about 300, some short-lived, others annual or biennial, still others perennial.

Among the most common species we remember the common carnation, G. caryophillus, the G. barbatus known as the poets’ carnation, and the intensely perfumed G. superbus. 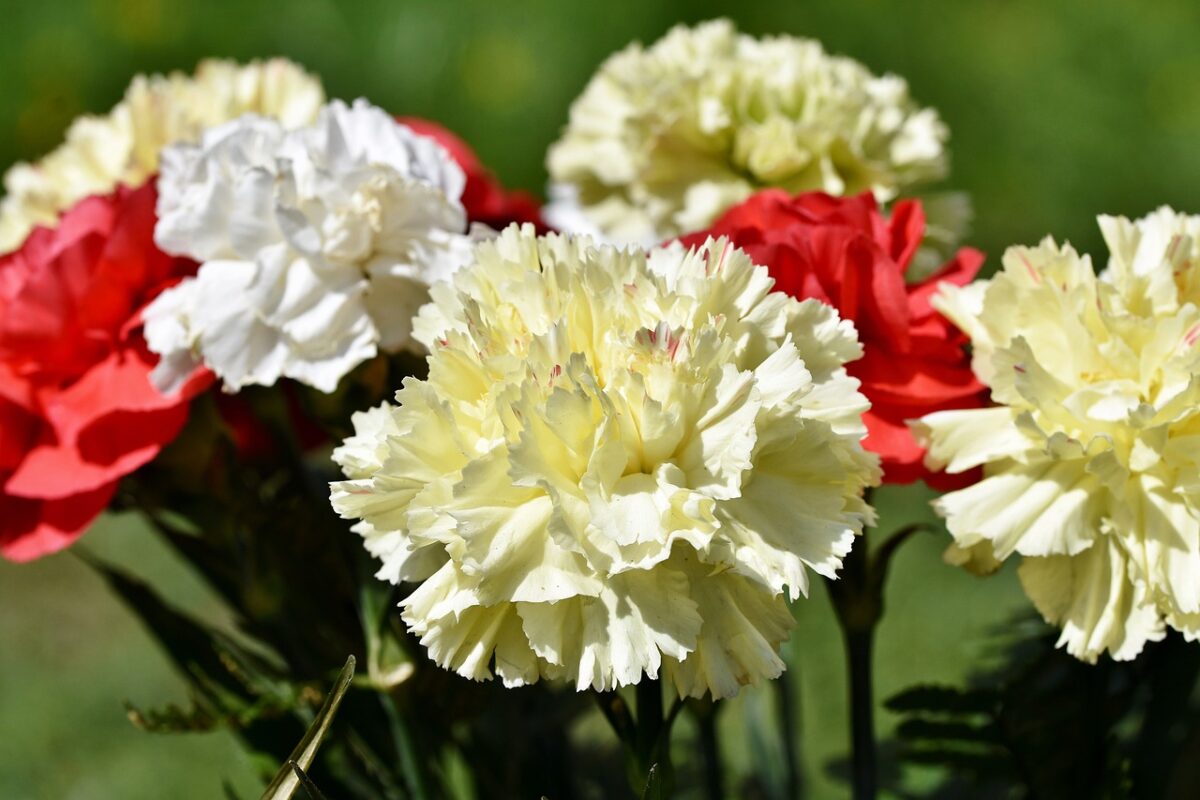 Known as the common carnation, it is the most widespread and cultivated species especially for its highly fragrant cut flowers. It has a corolla with smooth or serrated, simple or double petals, in the most varied shades of color: cream, pink, bright red, magenta, mottled, variegated, etc. It blooms from late spring to summer. It should be grown in pots in regions with particularly harsh winters, placing the plant in shelter during the colder months. 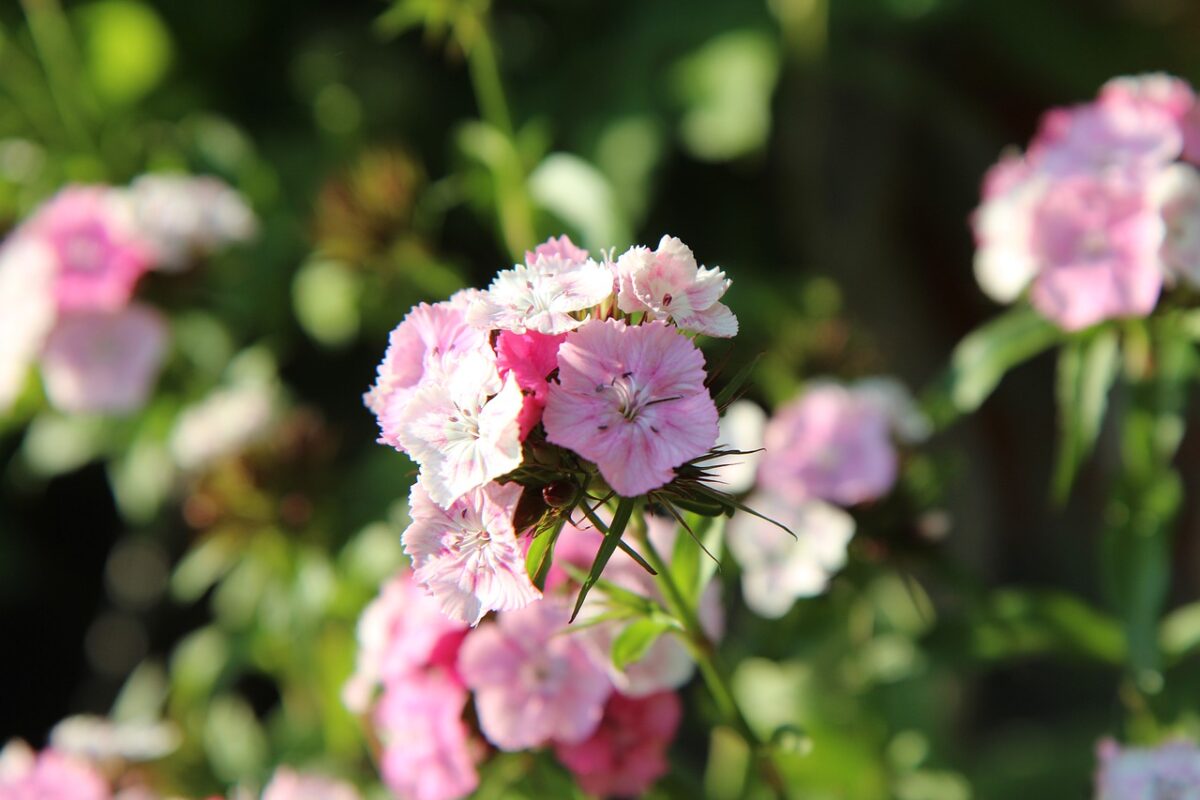 The Dianthus barbatus or Carnation of the poets, is a species native to China. It is a perennial plant generally grown as a biennial. During the flowering period it produces edible and fragrant flowers with a corolla composed of 5 red, pink and purple petals, sometimes even mottled. It is suitable as a border plant, easy to grow even in pots. Carnation Dianthus: Carnations cultivation. 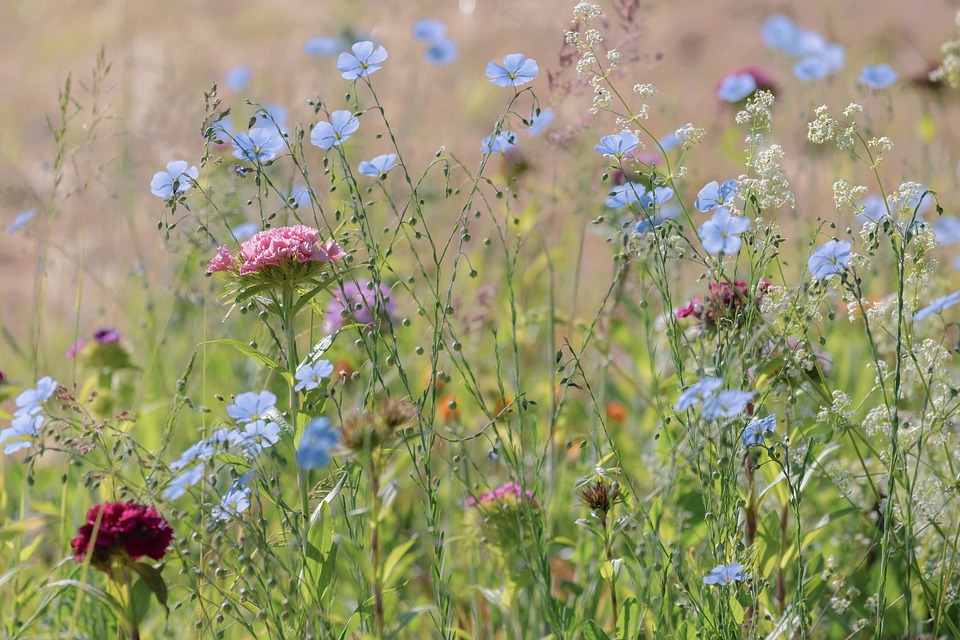 Known as carnation of the meadows, it is a perennial rustic species that grows spontaneously in mountain pastures. It forms a compact and green bush, about 40 cm tall. In late spring it produces fragrant flowers with white or pink fringed petals. It should be grown in full sun or partial shade in soft and well-drained soil. 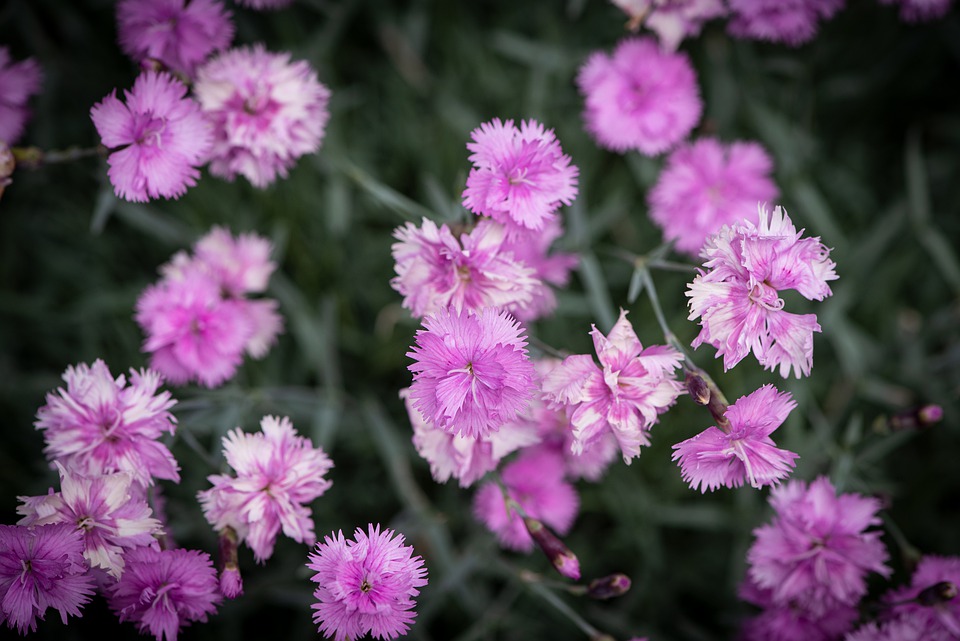 Dianthus plumarius forms dense tufts of thin, erect stems, which bear numerous elongated, silver and finely toothed leaves. In late spring it produces numerous fragrant single, simple, double flowers with fringed petals, white, pink, red, purple. This perennial species is ideal for borders in rock gardens, potted on sunny balconies and terraces, or in partial shade. It does not fear the cold even if in areas with very harsh winters the stems tend to dry out. 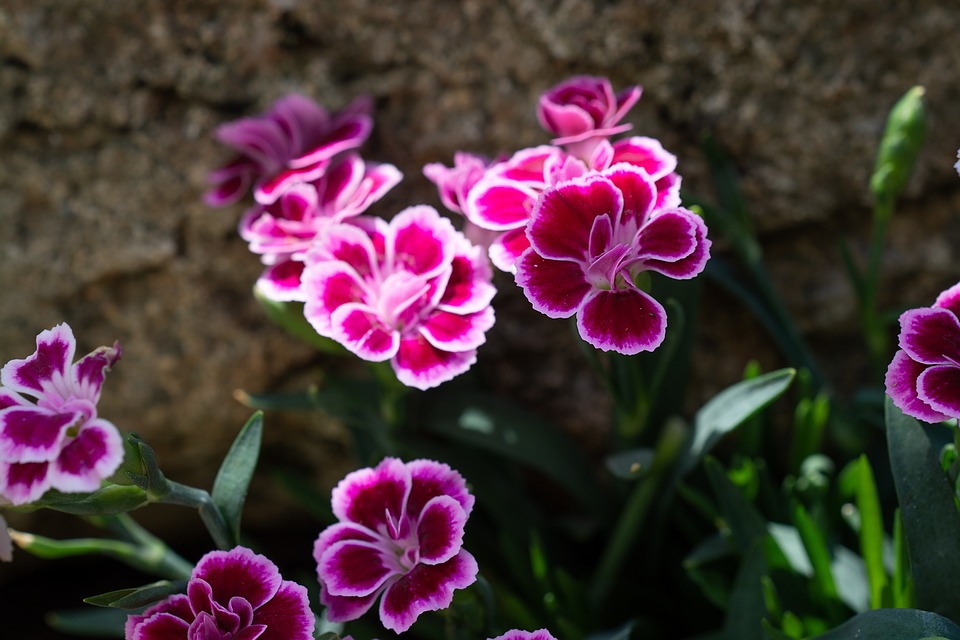 The Dianthus deltoides has a creeping habit, very suitable for forming a carpet, for the rock garden and for growing between walls. Perennial has flowers with small toothed petals of a deep pink color, spotted with crimson red. There is also a variety with white flowers and a crimson color. It can be grown in pots to decorate terraces and balconies. It blooms in May / June. 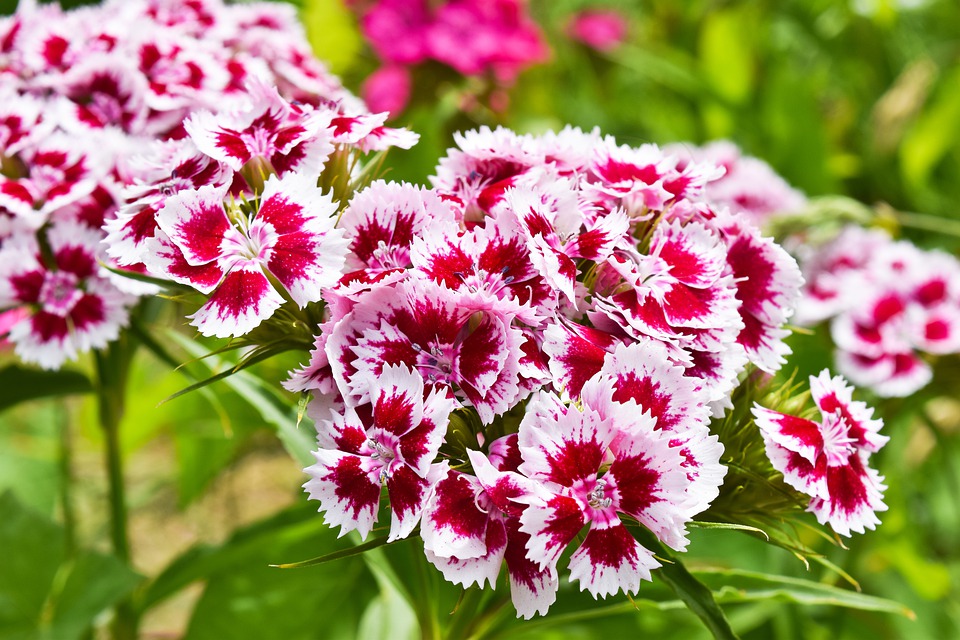 Known as the Chinese carnation, Dianthus chinensis is native to Asia. It forms small but thick bushes 20-30 cm tall, with dark green leaves. In summer, from July to September, it produces fragrant clusters of flowers with white, red or red fringed petals. This species, even if perennial, is cultivated as an annual plant in partially shaded places in pots or to create borders and flower beds. and range from red, to lilac, to white, to pink. Suitable for borders. 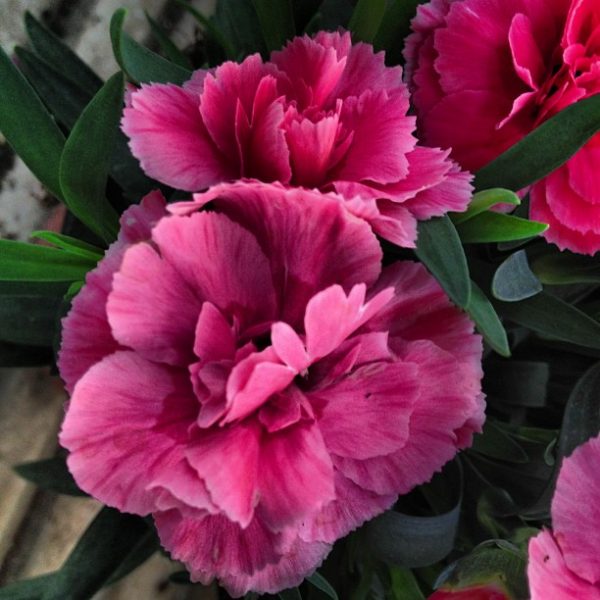 The different species of carnations are grown as ornamental plants in gardens or in pots on terraces and balconies.

Cut flowers are marketed and used in floral compositions. White carnations for bridal wrapping or worn as an ornament …

What will keep red wasp away?

What will keep red wasp away? Plants like spearmint, thyme, citronella, eucalyptus and wormwood are all considered effective natural repellents. Similarly, peppermint oil and essential oil blends, like lemongrass, clove...