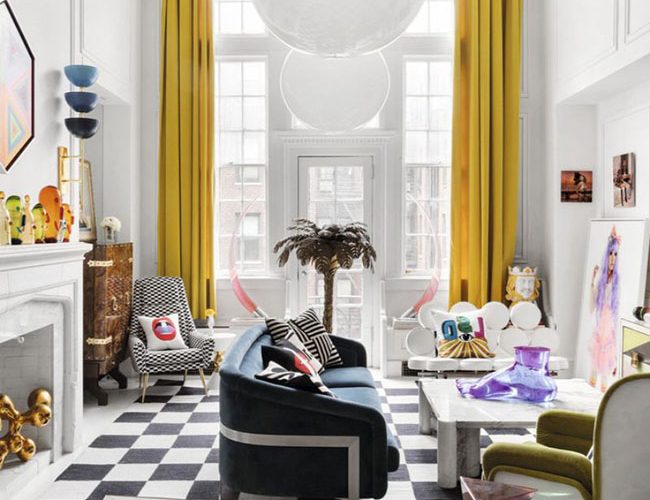 The New York home of designer and businessman Jonathan Adler leaves no one indifferent, that’s for sure. It is the banner of his own unique style: the one baptized by himself as Modern American Glamouror, in other words, the new American glamour. Come in and see Jonathan Adler’s house, a spectacular ode to color and fun. He is one of the internationally renowned fashion designers, the potter who triumphed in style. Jonathan Adler has been revolutionizing the world of decoration for more than 20 years with his extravagant ideas full of personality. 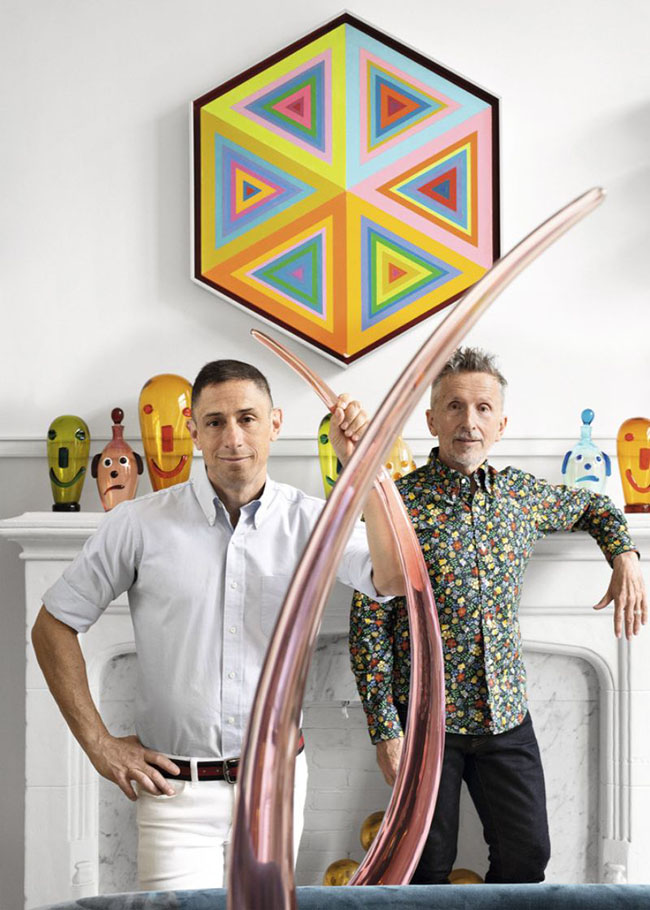 Today we want to show you how she has decorated the apartment she shares with her husband, Simon Doonan, in the emblematic Greenwich Village in New York. Discover Jonathan Adler’s house and copy some of his design ideas… if you can. 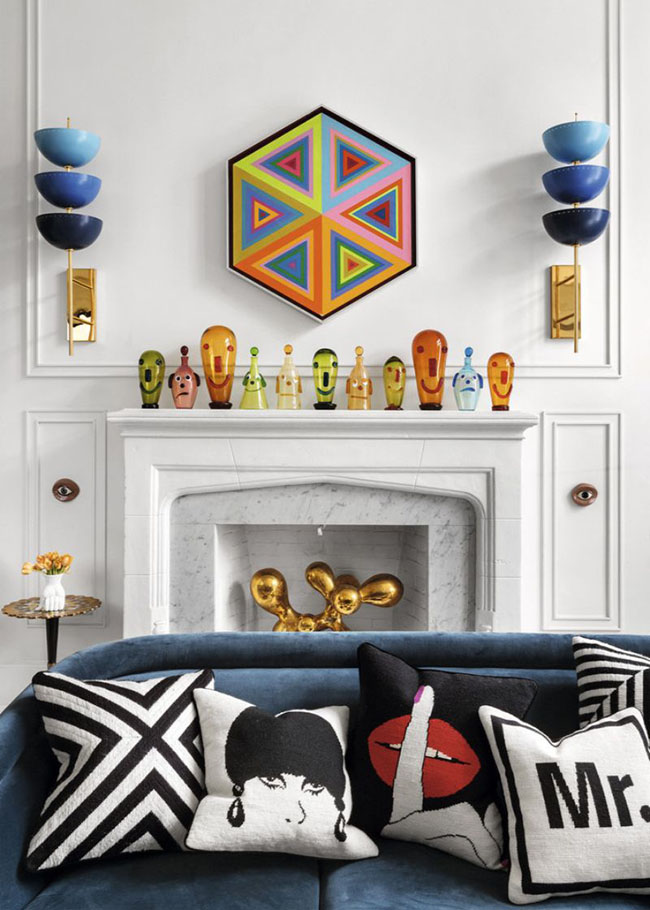 Taking advantage of the fact that on 14 November the company’s new collection of decorative objects that Jonathan Adler has created for H&M Home, today we want to show you his house, the best example of what his creative bases are in terms of interior design. His only rule: There are no rules. “If you love him, it’ll work.” 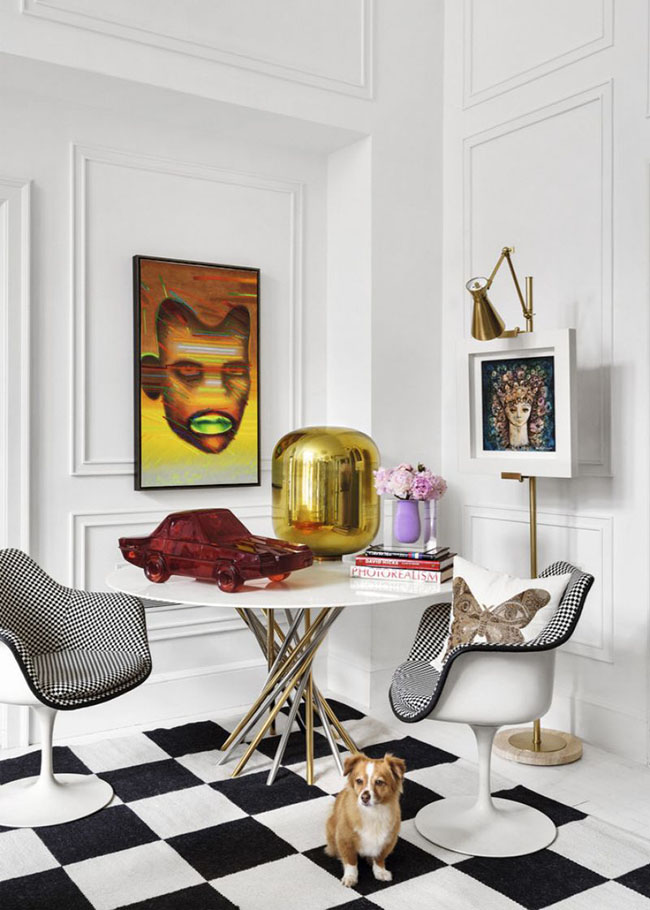 As could not be otherwise, to decorate his house sought the reflection of what he feels and what he likes, and he mixed concepts and ideas in his own free will. The result is original and unique spaces, in which the style luifer which its creator shows is present in every corner and in every detail.

Here is a short video in which Jonathan himself tells you why he collaborated with the firm H&M Homeand he gives you some of the keys that guide his life and his way of understanding design. 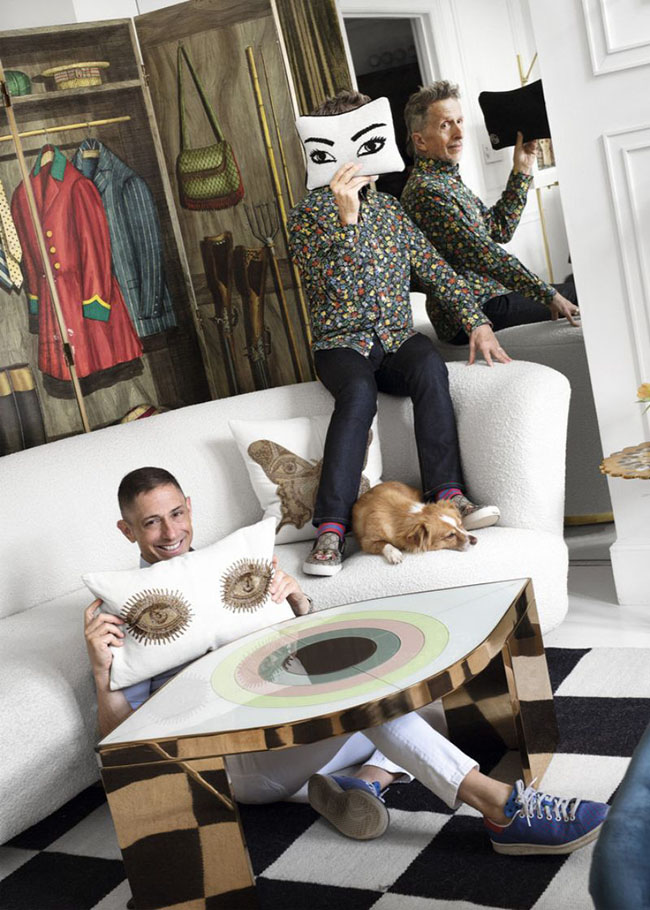 When Jonathan Adler discovered one of the great passions of his life, pottery, he was only 12 years old. From then on, and after learning by hobby, he dedicated himself in New York to work hard in this field until he managed to sell his collections and succeed. That’s why it can be said that it all started with pottery, because it’s the art that gave him the key to access everything he got afterwards.

After a few years working as a potter, Jonathan Adler opened his first decorating store in Manhattan. Today he owns a vast network of stores around the world, and an online store of gigantic proportions in which he sells all kinds of products related to decoration and the house: from furniture to lighting, through decorative objects, accessories, textiles, etc.. What is certain is that in these last two decades Jonathan Adler has known how to create its own brand.

Adler’s philosophy, present in his home 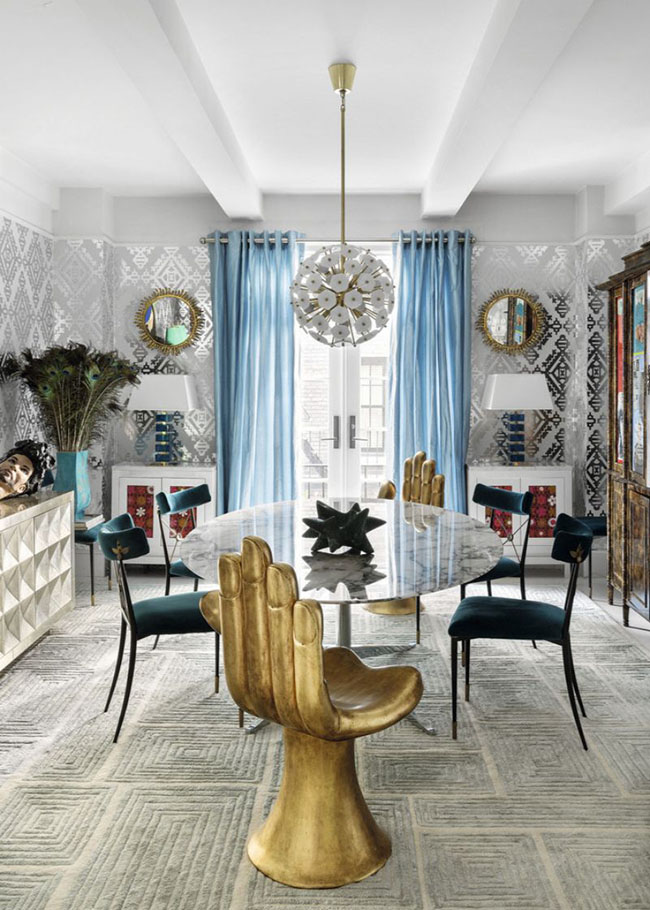 Maybe you’re a surrendered Adler fan or you don’t like his style at all. Be that as it may, we must recognize that he carries his way of thinking and feeling to the end, and he knows how to reflect it in every corner of his house. 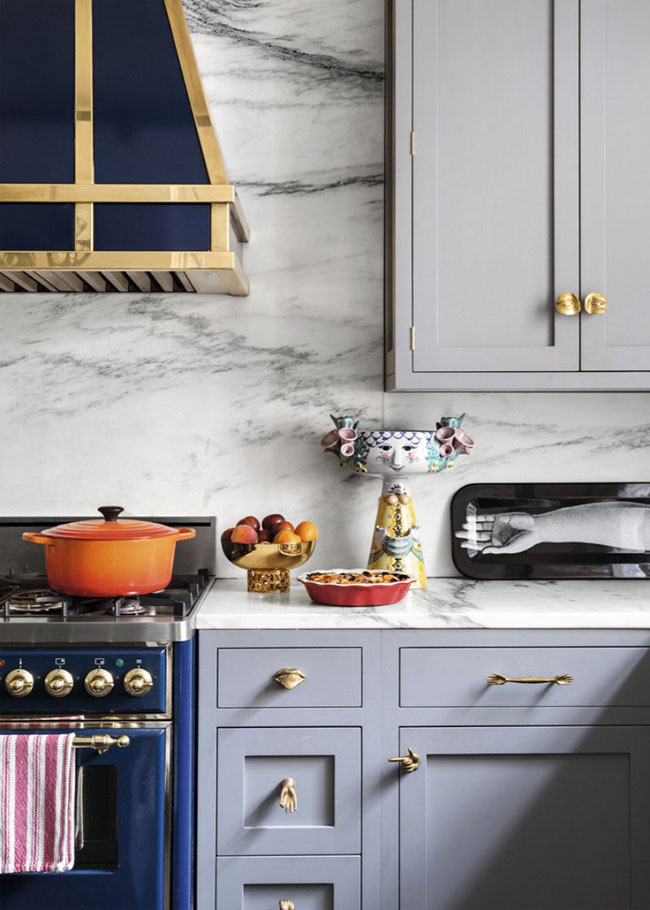 Is of the opinion that design and humour can go hand in hand and coexist without problems in the same space. In addition, it bets on objects and complements that are totally out of the established canons. 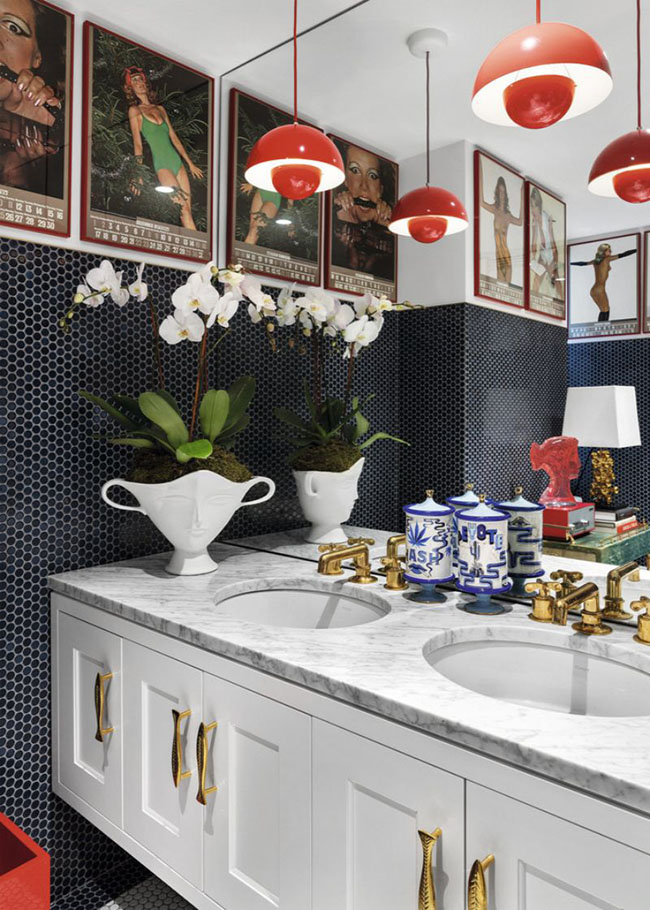 Jonathan Adler runs away from minimalism, whom he has defined as a real bore, and believes in eclecticism. In addition, it vindicates the intense and bright colours above the known neutrals. This is the basis of the new American glamour, its headline style. 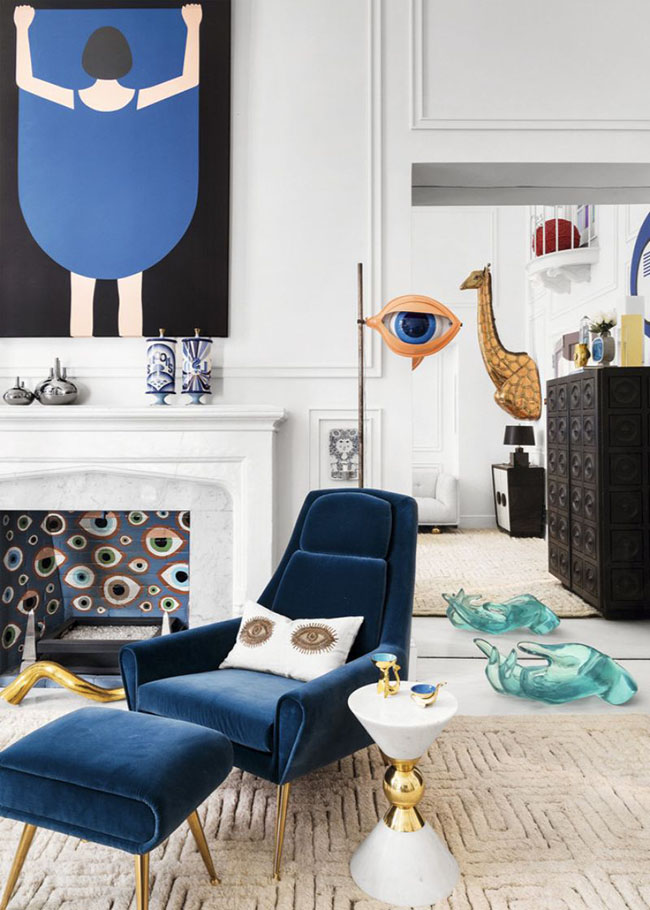 To see the living room of Jonathan Adler’s house is to attend a complete and absolute spectacle, from the color combination to the furniture, each more special than the last. 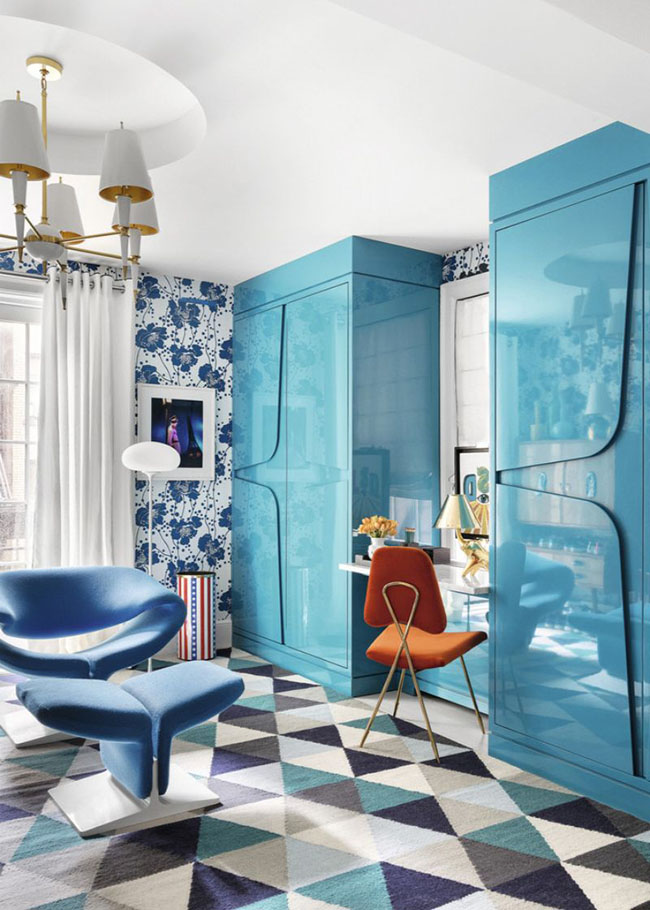 The rotundity of the carpets decorated with geometric motifs, such as the black and white checkerboard in the living room, on which the following are exhibited, stands out pieces of contemporary furniture, such as Gae Aulenti’s Jumbo table for Knoll, or George Nelson’s Marshmallow sofa for Vitra. Besides, there are countless pieces by Jonathan Adler himself. 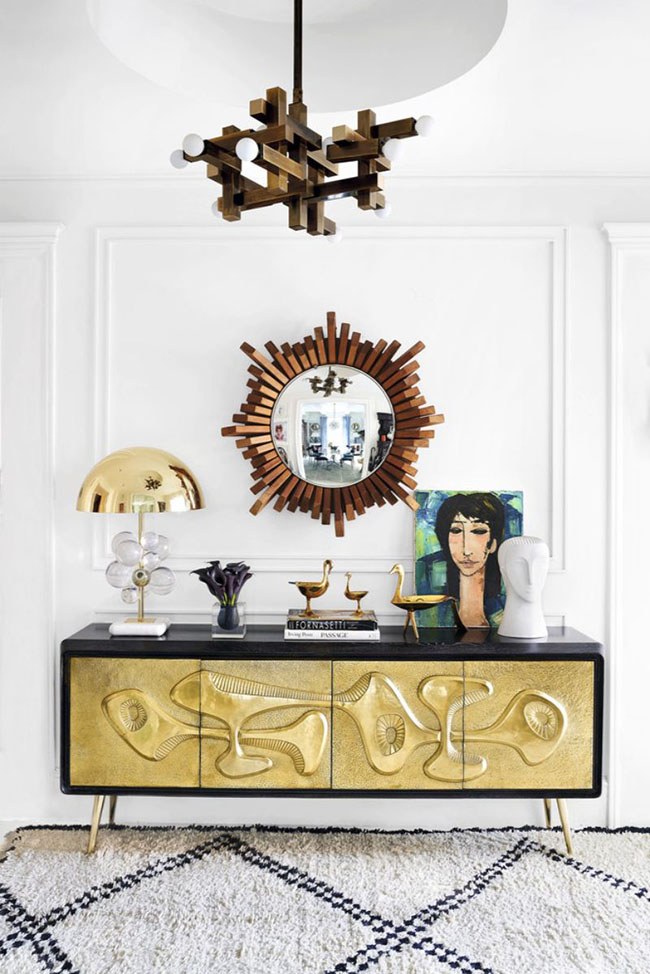 As he himself likes to remember, minimalism has no place in Jonathan Adler’s house. That’s why the rooms are overloaded and full of curious objects, from the gold hand-shape chairs that can be seen in the dining room, created by Peter Fiedeberg, to Neo Geo’s eye table in the living room. 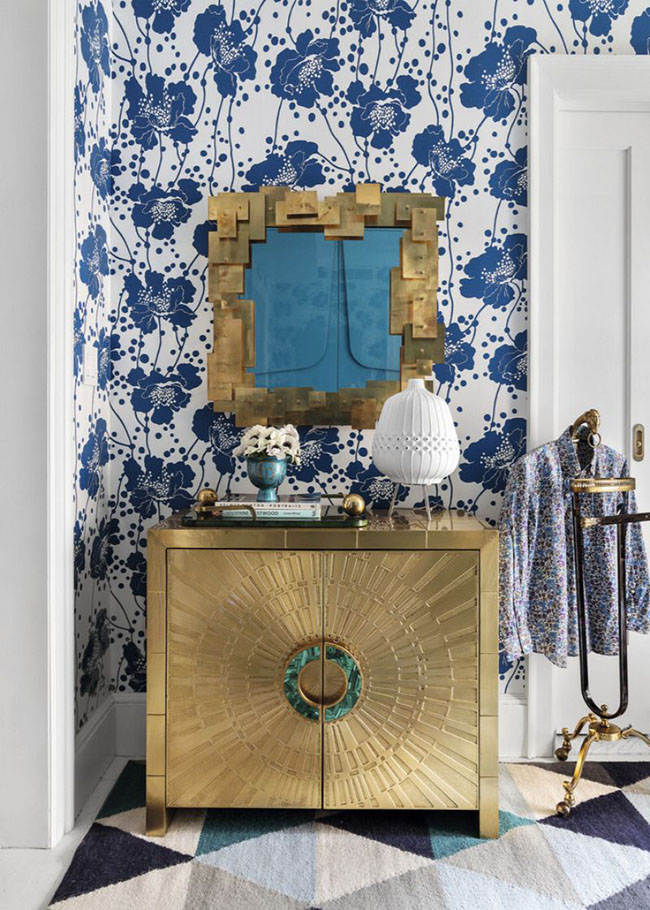